Meanwhile, Less Than an Hour Drive from the Bloodstained Halls of a Parkland High School..


What would Presidents' Day Weekend be without a three-day gunshow?  Wall to wall "black guns," assault rifles, AR-15s the weapon of choice for every school massacre. Instruments of mass carnage to fit every budget, some as low as $529. And don't be afraid to hard bargain  either. Chances are you'll walk out with a few extra, high-capacity magazines and ammo thrown in for good measure. 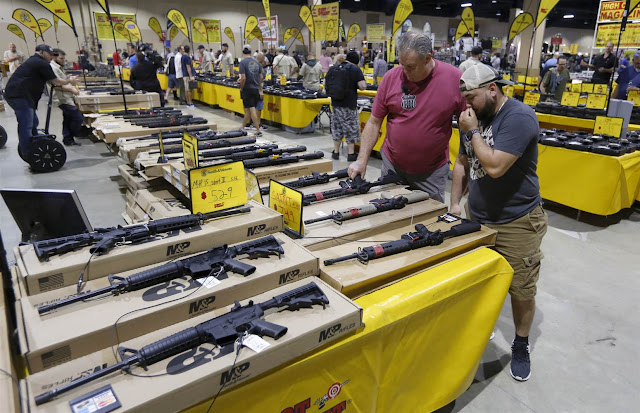 Jorge Fernandez, a manager working the floor at the gun show says he’s expecting a large turnout of gun enthusiasts at the event, which runs through the weekend.

"We don't want people going out to buy guns and using them to kill people," said Fernandez. "But we do need to realize that lawfully licensed gun owners have the right to defend themselves." 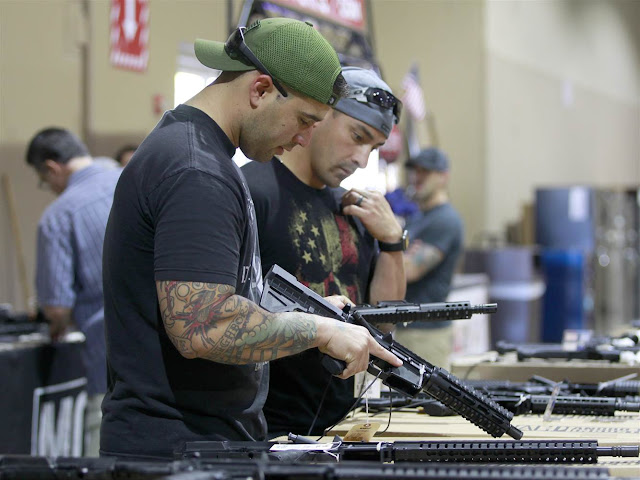