This Australian Paper May Have the Answer to America's Gun Problem 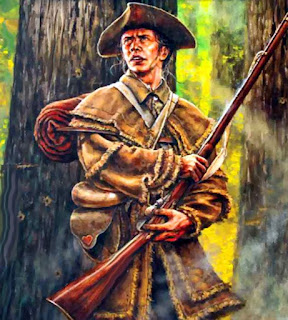 I read the headline, "American gun obsession is based on a historical misunderstanding," and I thought to myself, okay, here we go again. Arguments along this line are not uncommon. There's nothing novel about them, or so I thought. Still, I read on.

The op-ed was penned by Claudia Hakke, a professor at Melbourne's La Trobe University.

Haake, in the standard template for these commentaries, begins with how deeply rooted in Americans' consciousness is this notion that the citizenry has a generally unfettered and absolute right to carry guns because, after all, that's how the Colonialists won their freedom from those awful Brits.  That, she points out, was nonsense.


[T]he main reason about the strong belief in and attachment to guns actually has more to do with Britain and the American Revolution. In the Virginia Constitution of 1776, future US president Thomas Jefferson wrote that “no freeman shall ever be debarred the use of arms”.

Jefferson and contemporaries objected to the army and took it to be a threat to those liberties that colonists sought to defend. They regarded it as a tool of oppression. For instance, John Adams saw the Boston massacre of 1770, in which several colonists were killed by soldiers, as proof for the danger posed by a standing army and feared that a tyrannical government might disarm its citizens.

Furthermore, he and others realised that such an army would also be a costly thing to maintain. At the same time, Jefferson, Adams, and others believed in civic virtue and military prowess and for this they relied on guns in the hands of private individuals, the "yeomen" that Jefferson held in such esteem. The idea was that there would be a militia system, comprised of an "an armed people" bringing their own guns.

This was the background from which the framers of the US Constitution came. The belief in militia found expression in the Second Amendment, which, as passed by Congress, read "A well regulated Militia, being necessary to the security of a free State, the right of the people to keep and bear Arms, shall not be infringed." Yet even though the right to bear arms as described was a collective, not an individual, one as it was closely linked to the civic need for "a well regulated Militia", it came to be regarded as an individual liberty.

According to this myth, American freedom was won by armed yeomen who stood up for their believes and their country. However, it was actually the Continental Army, not the militia, who were crucial for the military fortunes during the revolutionary war. Nonetheless, there is an enduring myth which states the exact opposite and praises the militias for securing US Independence.

It is this belief that enables the NRA even today to perpetuate the idea that popular access to arms is an important counterbalance to tyranny and thus a crucial right that needs to be preserved almost at all costs. This lasting belief has assured that even high-profile assassinations or mass shootings have had little or no impact on gun control in the US. That is unlikely to change unless the underlying beliefs can be challenged and changed.

False ideas about the past, cleverly utilised by those standing to benefit financially, will thus continue to cost lives.

Unfortunately, professor Haake didn't follow through, because it leads to a possible solution.

What if the choice to purchase a firearm constituted your application to enlist in your State's militia?  Maybe gun owners of from the ages of 18 to 60 should be required to give up one weekend a month and report to their nearest armoury for training and drill. Now, unlike the National Guard, the governor and president couldn't call them up for service overseas. They would operate solely within their own state but they would also be liable to be called up for local disaster relief - floods, tornadoes, that sort of thing. No uniforms or anything smacking of militarism. They would simply have to present themselves with a serviceable firearm.

They could be a source of auxiliary first responders, trained in first aid, communications, traffic direction, crowd control, sandbagging and such. They would also spend time at the range to be trained in and demonstrate suitable proficiency in firearm safety.

Rights come with responsibilities and cash strapped states and municipalities could use trained volunteer first responders. Those who didn't want to participate in their State's militia could opt out by turning in their weapons on pain of fines or imprisonment for unlawful possession.

The National Guard was never supposed to be sent overseas, hence the name. During the War of 1812 some state militias refused to enter Canada.

Participation in futile wars for the past few decades blew that all to hell.


Sorry, Rumley, but you've got that wrong. The National Guard does serve on overseas combat missions.

As for the War of 1812, these militia units balked at entering Canada because they had been raised on the assurance that they would only have to serve in the U.S.

The U.S. based their militia on Sweden's militia, which to this day is Still in force ! Sweden has an armed population that is ready for svice at a moments notice, why is Their crime rate so low ?


Budd, you're talking through your hat.

And do you have anything to back up your claim that America's militia was patterned on Sweden's? Anything?


I'm pretty sure, Budd,that you mistook Sweden for Switzerland. It does have the highest ratio of gun ownership in Europe and the highest rate of gun deaths. Still, it isn't remotely similar to the US. Most Swiss gun deaths are self-inflicted, suicide. As for gun laws, the Swiss regime is remarkably similar to Canada's and, again, bears no resemblance to America's. You're still talking through your hat.