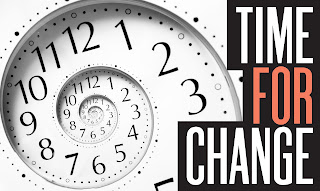 93 per cent. That's a compelling majority in favour of abolishing Daylight Saving Time and BC premier, Jim Horgan, says he's got the message.

Those of us well north of the 49th parallel experience day and night somewhat differently than denizens of southern Ontario. At certain intervals we go to work and return home in pitch dark.

The locals, it appears, are willing to accept a later sunrise in exchange for an equally later sunset. And why not?  This whole 'fall back/spring forward' business is annoying and it's old.

In metro Vancouver where some commute for an hour, sometimes two, that extra bit of drive-home sunlight at the end of a hard day is appealing.


If British Columbia moves to permanent daylight time, as respondents want to do, it means the province won't "fall" back in November while most of the country still will.

It would mean B.C. and its neighbour to the east, Alberta, would be on the same time for four months, until Alberta springs forward to return to standard time in March. It also means B.C. would only be two hours behind Ontario over the winter, rather than the usual three hours for the rest of the year.

93 % of BCers versus the BC Chamber of Commerce insisting we do whatever west coast Americans do 'cause it's good for business. So far, the C. of C. has been winning.

I think I am in favour of the least popular option - I say do away with DST and stay on standard. I like to have a little evening in my summar evenings and light is way more important in the morning than in the evening in the winter.