But What About JWR? 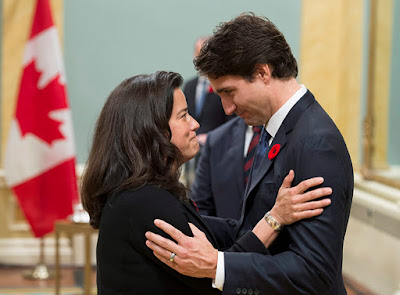 I know a bit about Vancouver-Granville. I used to live there. I still have several friends in that decidedly toney riding, almost all of them longtime Liberals.

What they're telling me is that JWR appears to be on a roll. Her lawn signs, they say, are everywhere. Her Liberal opponent, not so much.

It never was a problem for the Liberals to drum up an A-List candidate to run in Vancouver-Granville at least back when it was called Vancouver-Quadra. John Turner took it in 1984. Then lawyer and academic, Ted McWhinney held it for seven years followed by UBC vice-pres., Steven Owen, before Joyce Murray won it. That's a pretty good string. Then Vancouver was redistricted.

This time the Libs are represented by Taleeb Noormohamed, a fellow with an unfortunate batting record in politics. He was acclaimed the Liberal candidate which suggests the A-List crowd decided to sit this one out. From Global News:


Noormohamed is no political rookie. He dropped out of the race to be Vision Vancouver’s candidate in the 2018 municipal election and in 2011, he ran for the federal Liberals in North Vancouver, losing to Conservative Andrew Saxton.

When asked directly about Wilson-Raybould and what he would tell voters about why she is not running for the party, Noormohamed pivoted to attack Conservative leader Andrew Scheer.

Although Noormohamed has the Liberal team around him, many of the people who helped get Wilson-Raybould elected are working for her again. This experience in the community could serve as an advantage.

The Liberal mojo that swept JWR into Parliament in 2015 may not work this time. My once-reliable Liberal friends aren't particularly happy with this prime minister and his damned pipeline. They're not too happy with his peccadilloes either. As for Noormohamed, if he can't hold this once-safe Liberal riding he may want to consider hanging up his political spurs. He held a thin lead over JWR in August but recent events haven't helped the Justin Trudeau brand. The good news is that the Tory candidate is a distant third.
Posted by The Mound of Sound at 8:26 AM

In our Nova Scotia riding, there are few signs on people's lawns. Most signs are on public property. I don't know if this is people resisting being used by various parties or the parties shifting their resources to the net.


Andy is also ducking today's climate protests. The hilarious bit, though, is that Cap'n Pipeline is going to march in the climate demonstration in Montreal. That's Trump-grade gall. Rumley, don't tell Simon I said that.

I don't know about Philpott's chances. But I wouldn't be surprised to see JWR back in the House.


Of the two, Owen, my favourite is Jane.

Better to be lucky than good Mound. Trudeau got a photo op with Greta, got another one accusing Sheerly-not of hiding , then kept his cool during an on camera attack involving his kids for a triple. Word is Andy is hiding in Harper's closet and gets nothing.


This is not Andy's day to come out of his burrow, Rumley.

I live in the riding and am voting for Taleeb Noormohamed. I have put up a lawn sign supporting him and am attending a coffee meet and greet hosted this Wednesday by the former President of the BC Medical Association who also lives in the riding.