Here's Your Bundle of Joy for Today 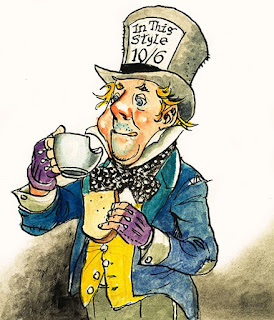 As our world descends into chaos and, yes, in case you've not noticed that is happening, it can be hard to keep up with events. Here are some stories you might have missed.

From the Barents Observer, June, July and August were the hottest ever recorded in the Arctic according to data from Russian and US weather services. This summer has been marked by high temperatures, massive ice loss and wildfires across the high Arctic. Great, just great.

A post mortem on the G7 summit finds the gathering was a 'joke.' While Trump took a powder, the G6 coughed up $20 million to aid firefighting in the Amazon rain forest. That's half the cost of staging the G7 summit. Half.

The Canadian HRReporter cites a new study by the ILO, International Labour Organization, that finds continued warming "will dramatically change the world of work by 2030." Get that? 2030.  Don't worry it won't hit us very hard. Those little brown people from the poorest and most vulnerable countries, this is our gift to them. I've got an idea! Let's flood the world with high-carbon, low value sludge. We'll call it 'oil.' No, wait, we'll call it 'ethical oil."

CNN reports that young Americans are getting pissed off at Washington's inaction on climate change.

The Atlantic reports that the populism wave that swept so much of the West is now on the wane.  Long on grievance, populist leaders are inevitably short on solutions.  Even newcomer, Bolsonaro, is said to now be deeply unpopular with Brazilians.

The editors of the business mag, Fortune, write that the global biodiversity collapse is "a business issue."  The business sector, it claims, not only has come to understand it is the source of much of the problem but also stands to be a major victim.

A chilling but remarkably comprehensive look at the world's looming freshwater crisis can be found at FNArena, a financial news web site. Wow, the business world finally may be losing its fondness for climate change denial suggesting it has come to realize the risks and opportunities of the approaching crisis. Could our governments be next?

The Seattle Times reports that a new marine heat wave, similar to "the blob" of 2015 only worse, has formed off the Pacific coasts of the US and Canada. Salmon runs, already stressed, may again be imperiled.

Turning to the world of warfare and nuclear proliferation, Turkey's strongman, Recep Erdogan, says it's just not fair that Israel should have a nuclear arsenal but not Turkey.  Those peace loving Saudis are also interested in acquiring a stock of nukes.

At Foreign Policy in Focus, editor John Feffer's piece, Burning Down the House, looks at how far right governments in Brazil, the US and the UK are "laying bare their nihilistic roots and destructive potential."


Doesn’t idiocy ever take a vacation?

As August wound down, the populist troika of Donald Trump, Boris Johnson, and Jair Bolsonaro proved once again that the United States, the United Kingdom, and Brazil would be better off with no leaders rather than the dubious characters that currently pretend to govern these countries.

In all three cases, these leaders escalated their nationally destructive policies this summer in ways that have alienated even their erstwhile supporters. Once again, they have demonstrated that they have no interest in making America, Great Britain, or Brazil great again. They are only interested in doing as much damage as they can before they are ultimately dragged out of office.

Finally a cry for help in the Millenium Alliance for Habitat and the Biosphere (MAHB) from those on the front lines of existential climate change. While some of us still dispute the reality of climate change and others, such as our own government pay lip service even as they look the other way, people are being displaced, even dying from our energy policies.


Climate change could not have happened at a worse time in human history it would seem. We simply don’t have the bandwidth to handle it. This is when it becomes clear that things are spiraling out of control.

Every year, we are told, is the hottest year, till the next year comes around. Then a new record is broken. It is getting worse. That we know. We hear it; we can even feel it now.

We need to understand what this existential crisis means to people, already living on the margins of survival. It is a matter of record that every extreme weather event — flood or drought — forces people to migrate, searching for work.

It pushes them out of their homes — sometimes this is temporary and sometimes relocation becomes permanent. But now, climate change has become that last straw breaking the camel’s back.

...Just think. When a white supremacist opened fire and massacred people in El Paso, Texas, USA, he said he was doing this to protect the world from climate change. His cold logic, written on his now taken down blog, is that Americans will never give up their lifestyle, which he accepts is destroying the planet. His answer: remove enough people so that the US lifestyle can be sustainable. Kill them. Stop them from entering the US.

In the past I would have dismissed this rant as madness. But now we are getting to a point where the two crisis points will intersect, indeed implode. As yet, we have little actual data on the causes of migration. We talk glibly about climate refugees because it is hard to understand the nature and gravity of this problem.

Keep that in mind the next time some Conservative or Liberal tells you we need the bitumen pits of Athabasca.