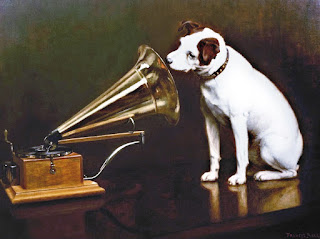 Our friend, Warren, never seems to pass up an opportunity to extol Jean Chretien as one of Canada's greatest prime ministers (he wasn't) or to remind us that way back in that bygone era he worked in Chretien's war room. He tells us that they're fast friends, nearly joined at the hip.

All of that came to mind as I read the former prime minister's remarks to the press while he travels through BC campaigning for the current Liberal prime minister, the target of Warren's ceaseless attacks.

On the 'blackface scandal', Chretien dismissed questions. "I think that it is over. He explained himself and we don’t have to comment forever." Doesn't sound as though Jean sees it as a hanging offence.

How 'bout what Warren calls "LavScam"? Chretien's response - “It was handled in the House of Commons for weeks so we’re in September now so don’t come with this problem.”

How can two guys, so tightly bonded, be so incredibly disparate?

These guys aren't on the same page at all. I'm not even sure they're from the same planet.

Warren, listen. That's your Master's voice.
Posted by The Mound of Sound at 12:03 PM

I agree with you that Chretien was far from a great or even good Prime Minister.

I have actually made solud arguements that in the past that Harper was to the left of Chretien, the liberals in the 1990's gutted healthcare funding, education funding, social safety net funding amd when they balanced the budget the priority was massive tax cuts for Corporations and Income tax cuts for the rich. And he pillage and stole money from EI while blocking those who actually payed into it from using it.

As for Harper he instead spent massive amounts on infastructure, increased healthcare/education funding every year, ended the income trust tax scam which functionally raised taxes, and the one major tax cut was sale taxes that effect lower income Canadians and those on welfare and disability disportionally, compared to the wealthy.

Compared to Chretien, Harper was practically a New Democrat.

Also Unlike Chretien, Harper didn't really get us into wars, where as Chretien only avoided the obvious disaster of Iraq 2.0, but otherwise jumped when the US said jump.

Since working for Chretien, Kinsella has basically switched teams. He is a Scheer guy now. I doubt they even hang out.


Be careful about the war business, Gyor. It was Harper who said it was shameful that Canada didn't stand with the US during the conquest of Iraq. Harper had plenty of dark bellicose instincts. He just didn't want to cover the bill.

As for Chretien's penny-pinching, when I hear that argument it usually comes from someone who has forgotten or never understood the fiscal disaster that Canada faced after the Trudeau/Mulroney years. We were in serious trouble and they did what was needed, eventually balancing the budget and even paying off debt. You can't do that without inflicting hurt. Harper came in and turned that surplus into a deficit again.


Clarke, that's what I thought too. Except that WK recently did a post in which he declared himself a Liberal. I think he's just politically promiscuous, going for whomever has the price of a quickie.

I think you're right, Mound. Municipally, WK worked for John Tory's campaign, then switched to Olivia Chow's and stuck the knife into John. While there are no political parties in municipal politics, Tory is a former Ontario PC leader and Chow is a Dipper. WK will work for anyone desperate enough to grease his palm.

The boy does get around, Cap. Too bad he can't find steady work but I suppose that's understandable.

.. Kinsella is a bright lad.. but serves many masters, so to speak. Part Journo (sadly with the Sun), a lawyer who knows his stuff, a strong activist against racism, a busy and excellent parent, busy writer and running a PR / Consulting firm.. and who knows what other irons he has in the fire.. We have our differences.. Amen

At the same time I think he's over the top hysterical vs Trudeau.. but that seemed to erupt out of how Ms Wilson-Reybould & Ms Jane Philpott were mistreated. Sadly, Mr Kinsella came up as diametrically opposite Montreal Simon in blog world.. Whatever.. they both found their windmill to tilt at.. It all gets a bit shrill.. with a giant dollop on some sort of hyperpartisan something or other..

I have a soft spot in my heart for Jean Chretien. I voted in my first Federal election for the Liberals because he said he was going to kill the GST. "it's dead" was his exact quote. And then he lied and didn't do it. He opened my eyes to ALL politicians always lying. That is what they do. Then they give subsidies and tax breaks to business and corporations and increase fees and services to the public or slash public funding. Then when they do their short stint of "public service" they get an incredibly generous pension they can start collecting almost immediately and then they go back to work for those same business/corporate entities on 3 or 4 boards. So incestuous. Yup he prepared me for every politician that came after.


Chretien was no angel, Jason. I was introduced to federal politics a bit earlier, during the Mike Pearson years. My sense of it was forged during Pearson and Trudeau.

Here's a gift for you, Jason. It's the biography of Lester Pearson. Read what an accomplished man he was and then stack that up against the thin gruel on offer today in sub-pars like Stephen Harper, Jason Kenney, Andrew Scheer and, yes, Justin Trudeau. This country has been in the hands of men of small stature for many years and there's no sign of that changing.