My Dear Jason Kenney. Please, Go For It. Don't Hesitate. Do It Now. 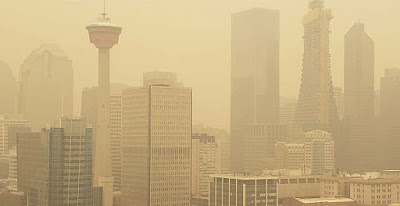 Alberta, the province that loves nothing better than to lecture the rest of the country, has never been able to manage its money whether boom or bust. As they say in that bumper sticker, give'em an oil boom and they'll just "piss it all away."


From physician pay to nurses’ duties and the role of hospitals, Alberta’s entire health system needs a complete overhaul, according to the MacKinnon panel.

In a frank conclusion, the panel wrote Alberta has “no choice but to bring spending on health in line with (other) provinces in order to balance the budget.”

“There are no quick fixes to curb increasing costs in health care. The system needs a major transformation,” it wrote.

Cutting salaries for doctors and nurses is a terrific idea. Forcing the public to rely on 'for profit' health care is brilliant and, might I add, long overdue. Besides, British Columbia has a few openings for new doctors and nurses. We'll take up your slack. I've already got one of your medical ex-pats and, all things being equal, our coastal paradise is a lot more appealing when looking for a place to practice medicine.
Posted by The Mound of Sound at 6:36 PM

as an Albertan ....the beatings will continue until moral improves
my joke with my healthcare over the last three years (8 major operations plus multiscans and and and....has been
get it done before the conservatives get back in
never offended a single professional
if it really all goes to hell
i'm ditching everything except a born in bc birth certificate
and will see ya on the beach

I have mucho family in Alberta and British Columbia.. but I live in Ontario.. My ancestors, black Irish - were fortunate and sailed past Newfoundland & Labrador with fair winds, made Quebec City and Montreal, very early 1800's (not all, there are gravestones there in Quebec) The prairie provinces, Manitoba & Saskatchewan one destination, southwestern Ontario another.. I myself have worked almost every province.. but never made it to Cape Breton Island (to my great dismay.. fogged in)

What am I, a lad of all this Canadian heritage.. to think of as some carpetbagger named Harper or Kenney starts screetching about seperating Alberta from MY COUNTRY.. or screwing over my cousins in Alberta. What scumbaggery or assholery is this ? Same when these political animals DEMAND British Columbia roll over and pump Alberta Bitumen via pipeline to some mysterious never named nation somewhere that is itching to get some of it. Frack the Nation till it bleeds, slay the salmon, we don't need no boreal, no caribou, no polar bear.. who needs forests ?? Don't need no clean sparkling waters.. we got Nestle in plastic bottles !!

Mound, at certain times.. I think we may be seeing the last great heave of the humpbacked beast named Kenney or Harper or Scheer.. et al. When 'the people' awaken and throw them out on their asses.. I intend to be one motherf--kin thrower.. with a pitchfork and my stomping boots laced on tight. Watching Scheer the Sneer, Maxime Bernier, Kenney & that scumbag Harper .. makes my teeth grate, my patience has long since disappeared.. some of these asshats deserve jail time.. or bouncing down the pavement on their asses, tarred n feathered with their precious Bitumen.. for their insult to Canada and Canadians and First Nations


With the amount of petro-bounty Alberta has enjoyed, especially the conventional crude oil, and to wind up with nothing to show for it, speaks volumes, Sal. It speaks to the incompetence of Conservative governance. Jim Prentice at least toyed with the idea of a sales tax but Rachel Notley wouldn't. And so that province and its 'money for nothing' population are left to endure feast or famine, boom and bust, and watch their once considerable wealth evaporate save for what leaves the province in the coffers of the energy giants.

.. not sure Jason Kenney comprehends Norwegian, Mound ..
I used to own a blue Chevy, living and working in Banff, Alberta
.. he rented one .. & like Harper, he rented a province too