Sure, That's What India Needs - Bitumen 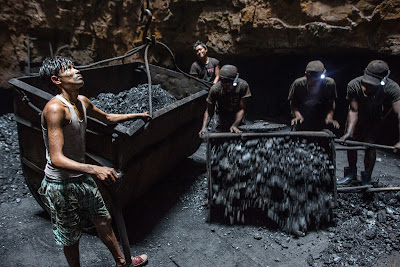 The Globe's Rita Trichur writes that Canada needs to get bitumen flowing to waiting markets in India. She contends it's just a matter of getting dilbit to 'tidewater' which means Atlantic Canada, not Vancouver.


Mr. Trudeau’s government has made scant progress in expanding Canada’s energy ties with the South Asian country. With Canadians set to vote in a general election in October, the next government has a golden opportunity to strengthen that energy partnership.

There’s an imperative to act because the two countries have complementary needs. Canada needs supplementary buyers of oil, while India is seeking more stable (and, yes, scrupulous) sellers, especially now that Saudi Arabia and Iran are embroiled in yet another conflict.

What’s more, gathering economic headwinds in Canada and India underscore why neither country can afford the status quo. Canada’s oil sands are stuck in the doldrums because of depressed prices for heavy crude, diminished capital investment and delayed (and deceased) pipeline projects. India covets energy security and more influence over global commodity trading – especially now that rival China is starting to position the yuan as a petro-currency to challenge the U.S. dollar’s dominance in the oil trade.


A new crude oil ETF market in India could also create potential partnership opportunities for Canada’s banks and the Toronto Stock Exchange given their interests in the energy sector – if we can get stranded crude to tide water. The next federal government should make it a priority to help resurrect the Energy East pipeline project, cancelled by TransCanada Corp. in 2017, because East Coast facilities are equipped to handle the ultralarge crude carriers needed to get oil to India.

This is a no-brainer for Ottawa. India is the world’s No. 3 importer of crude oil behind China and the United States. Last year, it purchased oil worth US$114.5-billion, roughly 9.7 per cent of the world’s total crude imports, according to World’s Top Exports. India’s top five suppliers are Iraq, Saudi Arabia, Iran, Nigeria and the United Arab Emirates.

Canada, meanwhile, is the world’s No. 4 exporter of crude oil (behind Saudi Arabia, Russia and Iraq) but doesn’t even rank among India’s top 15 suppliers. It’s a wasted opportunity for both countries.

What timing. The opening day of the UN climate summit.  India is one of the countries most vulnerable to destabilizing climate change. It is grossly overpopulated. And it intends to double down on fossil fuels, the high carbon stuff. If they're really intent on cutting their own throats, wouldn't knives be cheaper?

Amazing how the Grope & Fail can get behind socialism when it comes to Big Oil projects. I thought the "free market" was supposed to provide all the infrastructure needed.

Cap you might want to consult Prime Minister Pipeline on that free market stuff.

This rubbish advertorial will likely be Irving Oil and the premier of NB, an ex Irving employee, hard at it once again. Pushing buttons and getting others to write its promotion scheme.

Irving in Saint John NB was so sure of being the East Coast terminal for dilbit, it spent over $200 million on a dock for that purpose. In a fit of pique when Energy East got trashed, it refused to pay taxes on its property. Saint John struggles to even afford its police force. Irving has just been so philanthropic with its home base and province, offering the nearest thing to feudalism in the country. For the peasantry's own good you understand.

Irving cannot refine dilbit in Saint John - it's flat out refining light oil at 300,000 bpd, Saudi and other light crudes, while adding plenty of corn juice ethanol as per harper's mandate. It has no plans to update its refinery, just to cream a commission off the top for port handling fees on the export of dilbit. At a buck a barrel say, that $200M would be paid off rapidly. US east coast environmentalists were all who opposed shipping dilbit across the Gulf of Maine down along the East Coast and around Florida to Texas where they can handle dilbit. Not many Canadians objected. We're asleep as usual.

So our final defence against an entirely unrepentant oil company (climate change what's that? and spraying NB all over with RoundUp in its forestry operations and fire the province's Chief medical officer of health for objecting to superior oligarchal "knowledge" that glyphosate is good for you), is Quebec. They want no dilbit pipeline across their territory, period, and Irving will have to suck eggs. Probably build a pipeline through the US instead. Vast money talks.

Elizabeth May seems set on Canadians using Canadian oil from coast to coast. I fear she knows nothing much about dilbit, which ain't oil, and that no East coast refinery can refine it anyway. Nor those in Montreal either to the best of my knowledge.

According to the signs held by some fine gentlemen in yellow vests at the highway overpass, Trudeau's a commie who should be jailed for treason. That may be explain Justin's pipeline nationalization. Strangely, I got the impression that these guys wanted a pipeline!


Yes, BM, the Irving clan is your scourge and there doesn't seem to be a damn thing anybody can do about them.


Cap, short of resigning I can't think of anything Trudeau could do that would satisfy his critics.

I remember a pundit who said that the only measure Obama could implement that the Republicans would support would be a repeal of the 13th and 14th Amendment.

We're seeing the world dividing into camps, Lord of the Flies style. Tribalism has infested our politics, our communities, our outlook on life itself. It has gone from differences of opinion to paranoia and hostility. It might take ten years, perhaps twenty, but I fear we will pay dearly for trashing social cohesion.