The American election is more than a year off. It's still more interesting than what's on offer here, now.

I'm not following the federal election. I do as much as I can to avoid it because, in a word, it's a "shitshow." Maybe that's two words. Does it matter?

I don't like Scheer but I don't like Trudeau either. They're both hustlers - Trudeau a bit more polished maybe, Scheer more of a Gomer.

One thing I do know is that the winner will be the better liar. Stephen Harper was the better liar when he toppled Paul Martin. He promised two things - transparency and accountability - and then, on assuming office, went very dark and very deep.

Justin was the better liar when he toppled Sideshow Steve. Oh Gawd did he ever lay it on thick. Social licence, first nations reconciliation, electoral reform and more. It was all bullshit but it worked.

I've kind of had enough of it. I'm not interested in electoral promises, party platforms, any more. It's funny that we remember Kim Campbell for saying that an election is no time for discussing serious issues. How dare she? And yet Justin and Andy must agree. An election campaign is no time for discussing serious issues - honestly. An election is something you bullshit your way through to the limits of your ability and hope for the best when the votes are tallied.

I'm also getting fed up with this 'Lord of the Flies' hyper-partisanship. It's rampant on both sides. It breaks us into camps that view each other with distrust, anger, even hatred. It is tribalism.  It undermines social cohesion and, in the process, presents a serious threat to democracy itself.  You can't play Hutu v. Tutsi and expect to get along. Eventually the machetes come out. It's almost laughable that these hyper-partisan extremists want to define 'Canadian values.' 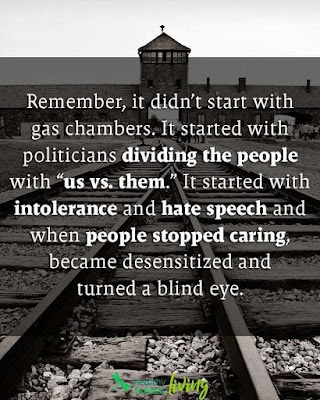 I felt a bit down this morning when I found we're only at day five of this campaign. 35 more days to go, five damn weeks. Oh well this is probably a good opportunity to get caught up on some of my backlog of reading. Just go ahead without me.

The election I'm interested in is the one that's due in November of next year. What will be the defining issue of that campaign?  Robert Reich posits a fascinating possibility - the sanity of the president of the United States of America.

Reich has an op-ed in today's Guardian, "Trump is seriously, frighteningly unstable - the world is in danger."

Everybody except 85 per cent of registered Republicans get it. The Cheeto Benito, the Mango Mussolini, is a nutjob.


In retrospect, what’s most disturbing about “Sharpiegate” isn’t Trump’s clumsy effort to doctor a National Weather Service map or even his brazen move to get the same agency to lie on his behalf.

It’s how utterly petty his motive was. We’ve had presidents trying to cover up a sexual liaison with an intern and a botched burglary, but never have we had one who went to such lengths to cover up an inaccurate weather forecast. Alabama being hit by a hurricane? Friends, this is not rational behavior.

Trump also cancelled a meeting with the Taliban at Camp David. The meeting was to have been secret. It was scheduled for the week of the anniversary of 9/11. He cancelled it by tweet.

Does any of this strike you as even remotely rational?

Before that, Trump cancelled a state visit to Denmark because Denmark wouldn’t sell Greenland to the US. Hello? Greenland wasn’t for sale. The US no longer buys populated countries. The state visit had been planned for months.

He has repeatedly told senior officials to explore using nuclear bombs to stop hurricanes hitting the US. He believes video games cause mass shootings. He thinks climate change is no big deal.

He says trade wars are “good and easy to win”. He insists it’s Chinese rather than US consumers who pay his tariffs. He “orders” American firms to stop doing business in China.

He calls the chairman of the Federal Reserve an “enemy”. He retweets a comedian’s sick suggestion that the Clintons were responsible for the suicide of convicted sex offender Jeffrey Epstein.

Reich points out the obvious. A lunatic president is a danger to the United States and the rest of the world to boot.

Now the interesting bit.  You may have read reports this week that, in some states, Republicans are cancelling presidential primaries this time around.  DJT will go unchallenged. Why? Let Reich explain.


Former Massachusetts governor Bill Weld recently tweeted that Trump is “a clear and present danger” to the US, with the hashtag “#25thAmendment”. Former Illinois representative Joe Walsh says the amendment should be “looked at”.

Can you imagine giving Weld and Walsh podium time to challenge Trump's sanity in a Republican primary? A Republican presidential nomination contest in which the contestants delve into the front runner's lunacy.

That has piqued my interest. As for what's going on here, let me know when it's over.
Posted by The Mound of Sound at 12:36 PM

Watching the 2020 election unfold is like a slow motion car crash- one that you cant stop watching. I usually dont like predictions but I would say that 4 more years of the most despicable American amongst the 300 million plus is probably in the cards and no impeachment in sight to boot by a knee capped congress. Ours is kind of boring because of the lack of inspired leadership. I will take Justin over the others though and wish him well. Elizabeth May has got to go if the Greens ever hope to shake it up, I'm really disappointed in her.

"The American election is more than a year off. It's still more interesting"

.. the term 'Election Fraud' needs discussion.. Its become more complex, more refined, more extensive, more entrenched. We now suffer from endless force feeding of 'election polls' via mainly polluted Mainstream Media. The electorates' eyes are glazing over. This will hit a stunning crescendo or dissonant harmonics in the final week.. unless of course either Pretend Conservatives or Lost Liberals make a truly stupid mistake.. and/or benefit from some sort of Green or NDP deal a la British Columbia's current amalgam of NDP propped up by Greens

Its quite concerning to see the So Called Conservative get approx 30% of Canadians votes by some sort of default.. when they are clearly 'led' by a Harper era faux evangel brainclot.. with a campaign chairman named Hamish.. formerly of Ezra Levant & Ethical Oil fame. These are not coherent or uncontaminated Canadians.. not even close. Pretending to represent 'Canadian Values' is their laughable claim to fame.. They wouldn't know a Value or an Ethic if it bit them on the ass.. But that's the current electoral disaster, 'Politics' in Canada has mutated to.. as is a Premier of Alberta named Kenney.. or a Premier of Ontario named Doug Ford. We (Canada) are aimed at expanding GHG emissions to lower GHG emissions, via expanding the tar sands production to 'tidewater' for shipment to western USA or via the direct southern route to The US Gulf Coast.. and the buffalo shall roam.. right..