The Unflinching Darkness at the UN Climate Summit 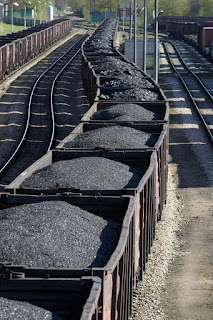 The champions of coal will be among the first to speak at today's opening of the UN climate summit.


Among the first countries to appear at the summit meeting on Monday will be India. The vast majority of its electricity comes from burning coal, and it continues to develop new coal mines and new coal-fired power plants, often with state subsidies, even as it ramps up renewable energy.

Later in the morning comes Indonesia, the world’s biggest exporter of thermal coal.

China, the world’s coal juggernaut, will follow later in the day. So, too, Pakistan, Bangladesh and Kenya — three countries where Chinese state-owned companies are building, or want to build, coal-fired power plants.

Coal is beginning to lose its luster in many countries, but not in the Asia-Pacific region. India, for instance, is eager to unearth the coal it has under the ground, and its government is seeking to privatize the coal-mining sector, including by inviting foreign bids for the first time, Reuters reported.

Worldwide, the global coal plant pipeline has shrunk by half over the last three years, but there are lots of new coal-fired power plants still in the planning stages — and if they go forward, emissions would rise sharply, a report issued last week by the German advocacy group Urgewald found.

...Notably absent from the Monday summit will be other champions of coal: Australia, which recently authorized the opening of a vast new coal basin, and Japan, which continues to fund coal projects around the world.

Why do we fall for this corporate bullshit on a world wide scale?

Perhaps it is , like Australia, we have a conservative controlled media be it Murdoch or the National post group.

And today, Andy Scheer said if he gets to be PM, well, he'll advocate for an East West energy pipeline corridor, using Federal powers to overrule provinces.

Quite apart from choosing the wrong day to announce he is a climate change denier, but a CO2 booster and thus worthy of complete dunning on that point alone, Scheer seems hell bent on pissing off Quebec. He has few functional brain cells, but few Cons do. Add in social policies worthy of Eberhardt in Alberta if not the Edwardian era, why any thinking person would vote Con is beyond me.

I guess that's the point: people don't think. Your other point in a post about people not believing in science remains true. The tribal instinct from 10,000 BC is not about to disappear soon. Magic and incantations are all anyone needs. Yup, believe it.

.. at the risk of causing you to open another vein..
I will remind one and all of the problem with overpopulation.. there is also the phenomena of once you get born, you want to stick around.. you know.. the tenacity of being alive. But here is my one reminder for the day. The nations with the fastest growing populations are the same nations that are losing their fishing stocks the fastest.. upon which they depend for protein. Climate change and overfishing and overpopulation

Welcome to the Food Chain

'All that wealth in the ground' .. Mr Trudeau ?
We can't eat it, we can't drink it..
its gonna kill them .. its gonna kill us
Does killing off our west coast fisheries make any sense at all?
I don't think so.. but vote for Jason Kenney anyway.. carry on

There are none so blind than those who will not see.