What Are the Standards? 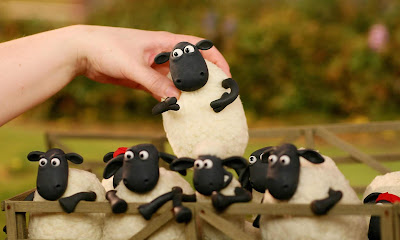 Kinsella is exorcised but, then again, he would be.  He's had it in for Trudeau for a long time and his indignation is theatrical-grade.

We live in an era of many things I don't fully understand such as cultural misappropriation. There seem to be shifting lines.

Malice and disparagement, those I can understand. To say or do something to mock or degrade another race or ethnic group is intolerable. That's the element that I don't see in Trudeau dressing up as a character from some animated movie. Where's the malice? Who was degraded?

Kinsella now claims there's a video of another blackface incident in which Trudeau is seen making simian gestures. If he depicted black people as apes then, yes, that's inexcusable.

Does that mean he should get a pass? I really don't know. If I had to slot this fiasco into my list of issues that I have with Justin Trudeau it wouldn't be near the top of the pile.

This does Trudeau no credit. It will, I'm sure, cost the Liberal Party votes. Not mine. I haven't changed.

It's not as though he was caught eating babies.

As for me, I'll just sit back and see how this plays out with the Liberal rank and file.
Posted by The Mound of Sound at 8:29 AM

Hmmm according to all the Libs on Twitter blackface isn't a big deal! We all know if Scheer did the same they'd give him a pass too... right?

I can't wait to see how Montreal Simon tries to spin this as a good thing. A learning moment for all Canadians... it'll help Slick's popularity in Quebec too!


Isn't that Justin's petard, Anon? How has he judged others? Does his conduct comport with lines he has previously drawn? Is there a difference or is this rank hypocrisy?

Sort of agree with you MoS.

What stands out to me is how broken Harper's PMO and their army of short pants were in the last election if they didn't check the yearbooks from when Trudeau was a teacher and I guess what kind of teacher would think that wearing blackface to a school event would be funny, edgy or anyway acceptable.

Speaking of colours I still haven't decided whether I'm voting Green for what will probably be my last vote or just skip the whole thing, but I did sign up to volunteer for the local Green candidate. I'm meeting them this weekend to check them out.


It's a mess, Willy. Why did the Liberals not vet the candidates in the last leadership contest? Maybe they did.

Don't miss this vote and don't pass on the one after that either. Hang in there pal.

.. I myself have come out with full Twitter and Facebook disclosure.. Went full black or brown faced at two Halloweenie parties while at U of Guelph in the mid to late 70's.... Yes.. I pretended to be two of my heroes, Jimi Hendrix and Lew Alcindor.. some may not recognize those two famous names.. I woulda done Muhammad Ali with boxing gloves or Jackie Robinson sliding into home as well.. so four of my heroes.. and there's more.. I can rattle off their names .. Mickey Mantle, Frank Robinson, Valeri Brumel, Johnny Bower, Michael Johnson, Bob Beamon, Earl 'the pearl' Monroe.. Bill Russell.. pistol Pete Maravich.. Johnny Unitis, hell, the list is almost endless

Th horror.. !! Skinny white farm boy..
Seems it got me banned and blocked here n there.. I dunno what Ms Rempel thinks, or care.. Kinsella trashed me.. very cool.. dunno what ms Jenni Byrne thinks.. or Poilievre.. nor do I care .. but I did have to call out Kinsella for his 'the likes of you'.. which is just a dirtbag cheap shot.. he does not get a free pass on that.. good try though.. and I don't let folks skate on that kinda crap.. not ever

I suspect Trudeau senior rolled over in his grave.. In the middle of the night I heard 'fuddle duddle'.. among other cursing from the grave.. If anyone else has arisen from their fainting couch to speechify.. well bring it.. I can take it, sorry if Justin cannot.. I burnt a wine cork.. did the charcoal face deed.. hopped aboard my Triumph GT6 + went to the party and reclaimed the car in the next afternoon.. and the rest of the details are private, personal.. and nobody's business but another 20 year old who was and is female and moi..

Half my basketball team was black.. and a good chunk of my football team.. Are there photos from those parties ? Damned if I know.. and bluntly put.. not sure I care.. 'bring it' .. as we used to say back then. My best baller bud was an all Canadian 6' 11" 280 lb stud who tore a knee .. and told me later that our 1 on 1's (him on one leg) got him back to 100 per cent more than any rehab.. I was a rookie.. and in awe.. but I worked Muggsy side to side, back forth and all over the place as I sure as hell could not shoot over him.. I worked that big guy.. and he beat on me on one leg

As I've told a few.. apologies are in order.. but only when they need to be..
I got no apologies.. n no need.. Hell, I wish there were photos
Sad if my political career is ruined and over.. c'est la vie

Trudeau must have been too young to watch All in the Family on TV, where Archie Bunker from 1971 on was gradually turned from being a casual white bigot into a somewhat more accomodating person on the race front, although he still had it in for "Polacks", Irish and assorted other white "ethnicities". That was a good quarter century before this beer-sloshed Trudeau nonsense and insensitivity, yet the message obviously hadn't got through to him in his upbringing or subsequent adult life. I shall blame Pierre for not inculcating some proper respect into his boy.

Growing up in England in the 1950s prior to emigrating to Canada in 1959, I was aware that each time a new jar of Robertson's jam was opened, floating on top was a plastic film "Golliwog". Kids collected them. Google that word for the sordid details. Kids had Golliwog dolls, too. That's systemic racism on a corporate scale. My parents used to take those decals and get rid of them. Racism and sterotyping wasn't allowed in our house in the late 1950s. Thanks Dad, you made it perfectly clear what our family standards were. Or else. He was a physical authoritarian otherwise, so spanking was the rule. Well, you can't be a perfect psychiatrist. Amazed when I went back to England in 1969 for grad work, there was Robertson's, still flogging racist jam. Could not effing believe it. A lot of Brits still collect the memorabilia of black face Robertson Jam racism. Robertson's were only stopped about 1990, complaining mightily, not that JT seems to have taken note, he's only have been a 17 year-old privileged tearaway.

Of course, it's pretty rich for Scheer to stand up and act like he wasn't a Con bigot and whiter than the driven snow. No, he wasn't photographed alongside Faith Goldy white supremacist or in the truck cabs of the back to front upside down Alberta right wing "version" of the Yellow Vests. On Parliament Hill, no less. Another person without any racial sensitivity. Only has a bunch of Con nutcases on his benches as MPs, but hasn't noticed.

Dump all the Cons and Liberals. They're out of touch with a lot of their electorate. Do we expect non-white Canadians to roar off and vote Con because of this Trudeau idiocy? They know who the real nasties are all right, so I doubt it. And the First Nations have already worked out whether it's Libs or Cons who are racist -- both are!

As for Kinsella. Looking for a job as usual it seems to me. Leaping about like a cat whose tail has just been trod on blaming Trudeau, but he's been that way for months since he sainted JWR, and writes for the Sun, a well-known balanced-view newspaper. The man is elastic in his views depending; Dougie is great guy he told us prior to last year's Ontario election. And Brad Wall is just a super guy. Seems highly motivated in promoting his own wonderfulness, punk band and flogging his own books on his website. Got little time for him, cannot stand what I perceive as self-praising boasters. He certainly has been anti-racist on the whole, but conveniently avoids criticizing Scheer on the topic.

Such offence taken at a Liberal spoilt brat that has never experienced life.
Add to that he seems to have the intelligence and morals of his mother not of his Dad.

It's a none friggin event that has become the rallying cry of the Conservative media and may I add the other 'May" who was so offended.
To which I say ; get a friggin backbone

We have all( other than the under forties) and the most sanctimonious, have done things we regret and , hopefully, have tried to improve upon.

Also, give me a break on the 'look for the golly, the golly in the jar bit!
In those days we knew no different!
We have moved on and become more aware.


I too have difficulty seeing this as a hanging offence. Suzuki was right when he called Justin a "twerp."

This takes him down a couple of notches on the awesomeness scale but he's been going in that direction since he got elected.

Golliwogs, yes I'm quite familiar with them.

TB is right. He's all Margaret and no Pierre and a spoiled brat from a very advantaged upbringing. It makes me wonder what the Liberals might be today had Pierre's natural heir, Michel, not been swept into that alpine lake.

I only hope this twit doesn't do to the federal Libs what Wynne did to the Ontario party.