"The Future Is Happening Now" 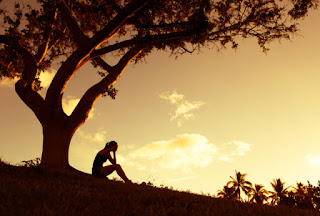 The warning to the leaders of the world couldn't be plainer. The future is happening now, so deal with it.

That's the message from the World Meteoroligical Organization in its Status of the Global Climate report.

Releasing its Status of the Global Climate report, the WMO – a United Nations body – detailed the string of climate and weather records that were broken in 2015, including global temperature records, exceptional rainfall, devastating droughts, unusual cyclone activity and intense heatwaves.

“The year 2015 will stand out in the historical record of the global climate in many ways,” said WMO secretary-general Petteri Taalas in the report.

“The future is happening now,” he said in a statement released alongside the report. “The alarming rate of change we are now witnessing in our climate as a result of greenhouse gas emission is unprecedented in modern records.”

...Dr Sarah Perkins-Kirkpatrick from the University of New South Wales in Australia said the language was very strong for the WMO. “They are usually very conservative,” she said.

“We have to put this report in context. 2014 was the hottest year on record to date too. We’ve had something like 15 out of the 16 hottest years on record since the turn of the millennium,” she said. “Things aren’t getting better, they’re getting much much worse, and the tone of the report reflects this.”

Perkins-Kirkpatrick said the statistics revealed an emergency. “We haven’t experienced a month that has been below average for over 30 years … I think people forget climate change started happening a long time ago, before a lot of us were even born. Honestly, it’s frightening.”

When the people with the knowledge and experience to understand this science find the rapid rate of climate change "alarming" and "frightening" what exactly is wrong with our governments, our leaders. What is our own Liberal government and our own leader, Justin Trudeau, doing in facilitating that massive expansion of Canada's high-carbon bitumen industry? He's pretty obviously ignoring this warning and all the others that have preceded it even as he'll assure us his government's policies will be informed by science.

Leaders? What's wrong with 'us' as in the lay public who would rebel and resent too drastic a measure too soon. Some populist like Trump could come along and then society falls apart...without a unified front from global leadership, no single leader will get very far...


Well then, Boris, we are genuinely screwed. Perhaps our civilization will some day be included in the 3rd edition of Jared Diamond's "Collapse."

No need for me to say it again I imagine.

They want to grow the economy, infinitely.

They want to reduce the debt to GDP ratio, by growing the GDP.

They will try to grow the GDP by adding more debt. They are hoping for 'escape velocity'.

Growing the GDP conflicts with their plan to reduce GHGs, IMO.

Reducing GHGs means we will have to shrink the GDP.

Hugh - can you not conceive of a situation in which the industrial activity associated with a transition from fossil energy makes good what is lost? Why not? Take Denmark or Germany. Both have relatively advanced clean energy infrastructure. How has the abandonment of fossil energy disrupted their economies?

I'm of the mind lately that our continuous deflection and petition to leaders to 'save us' distracts us from our capacity to act ourselves, collectively. The left is at least as guilty as the right of this. Both want a leader to do and be everything, make it all right, whether it's to restore the welfare state, save the environment or drown and burn it all down.

Leaders, and I know some who are well intended, find themselves constrained by their own positions, having to balance powerful interests and complex find themselves able to act only marginally or counter to their own leanings...


How do you square your view with the reality that we delegate so much of our power - economic, regulatory, law enforcement - to government. It alone holds the levers of power, not us. That's made worse today by the aftermath of hideous wedge politics that has reduced social cohesion in Canada to ashes.