As Good a Take as Any. The Roots of America's Malaise. 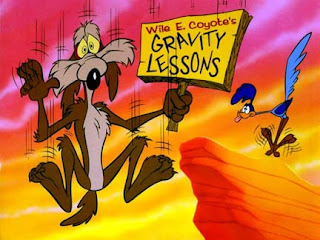 His book is, "Tailspin - The People and Forces Behind America's Fifty-Year Fall - and Those Fighting to Reverse It." He is Steven Brill, founder of American Lawyer magazine and, gulp, Court TV.

In a remarkable essay, Brill outlines the culture that put America into a nose dive, how the country went from meritocracy to aristocracy, and some recent efforts being made to pull America back before it ends as most tailspins end.


Lately, most Americans, regardless of their political leanings, have been asking themselves some version of the same question: How did we get here? How did the world’s greatest democracy and economy become a land of crumbling roads, galloping income inequality, bitter polarization and dysfunctional government?

...About five decades ago, the core values that make America great began to bring America down. The First Amendment became a tool for the wealthy to put a thumb on the scales of democracy. America’s rightly celebrated dedication to due process was used as an instrument to block government from enforcing job-safety rules, holding corporate criminals accountable and otherwise protecting the unprotected. Election reforms meant to enhance democracy wound up undercutting democracy. Ingenious financial and legal engineering turned our economy from an engine of long-term growth and shared prosperity into a casino with only a few big winners.

...Income inequality has soared: inflation-adjusted middle-class wages have been nearly frozen for the last four decades, while earnings of the top 1% have nearly tripled. The recovery from the crash of 2008 – which saw banks and bankers bailed out while millions lost their homes, savings and jobs – was reserved almost exclusively for the wealthiest. Their incomes in the three years following the crash went up by nearly a third, while the bottom 99% saw an uptick of less than half of 1%. Only a democracy and an economy that has discarded its basic mission of holding the community together, or failed at it, would produce those results.

...Although the U.S. remains the world’s richest country, it has the third-highest poverty rate among the 35 nations in the Organisation for Economic Co-operation and Development (OECD), behind only Turkey and Israel. Nearly 1 in 5 American children lives in a household that the government classifies as “food insecure,” meaning they are without “access to enough food for active, healthy living.”

Beyond that, too few basic services seem to work as they should. America’s airports are an embarrassment, and a modern air-traffic control system is more than 25 years behind its original schedule. The power grid, roads and rails are crumbling, pushing the U.S. far down international rankings for infrastructure quality. Despite spending more on health care and K-12 education per capita than most other developed countries, health care outcomes and student achievement also rank in the middle or worse globally. Among the 35 OECD countries, American children rank 30th in math proficiency and 19th in science.

...there is a theme that threads through and ties together all the strands: many of the most talented, driven Americans used what makes America great–the First Amendment, due process, financial and legal ingenuity, free markets and free trade, meritocracy, even democracy itself–to chase the American Dream. And they won it, for themselves. Then, in a way unprecedented in history, they were able to consolidate their winnings, outsmart and co-opt the forces that might have reined them in, and pull up the ladder so more could not share in their success or challenge their primacy.

By continuing to get better at what they do, by knocking away the guardrails limiting their winnings, aggressively engineering changes in the political landscape, and by dint of the often unanticipated consequences of their innovations, they created a nation of moats that protected them from accountability and from the damage their triumphs caused in the larger community. Most of the time, our elected and appointed representatives were no match for these overachievers. As a result of their savvy, their drive and their resources (and a certain degree of privilege, as these strivers may have come from humble circumstances but are mostly white men), America all but abandoned its most ambitious and proudest ideal: the never perfect, always debated and perpetually sought after balance between the energizing inequality of achievement in a competitive economy and the community-binding equality promised by democracy. In a battle that began a half-century ago, the achievers won.

It's a fine essay if not too much of a giveaway. Read it and you might decide you don't need the book.

Thanks for this thought-provoking excerpt, Mound. One of the things I have been pondering of late is why, despite the great wealth they have, do the deeply-entitled want even more? Why, for example, do the fabulously-wealthy Koch brothers direct so many of their millions toward climate-change denial? Is it some fundamental flaw in the human species that so many care only about their own advancement and have built the moats that ensure their survival when the world goes to hell?

Again, at the risk of becoming the broken record, I go back to Teddy Roosevelt's "Square Deal" speech of 1910 that laid out the maxims of progressivism. It was these progressive principles that were jettisoned for most of the past half century and, by their absence, brought America to its current, sorry state.

I remain convinced that, without the restoration of progressive democracy, to which this blog is dedicated, there is no coming back. We either restore progressive modes of organization and governance or we succumb. It may be too late to rescue America. Canada will go down the same path but only if we stand mute and allow it to happen.

It's not just about standing mute. Leaders such as Harper and Trudeau surround themselves with toadies who shield them from such as me and you. They only want to hear praise; anyone who asks what about? is shut out. The only party that even acknowledges my emails is Greens.

I object to Brill's title, How Baby Boomers Broke America. Sorry but not all baby boomers signed on to the selfish wagon.


"not all baby boomers signed on to the selfish wagon" That's true enough, Toby. It was a very small segment of the boomer gen who were part of this. The benefits were narrowly held and accumulated. Trudeau is a perfect example of the "silver spoon" class. He's wealthy today, insanely wealthy for a grade school drama teacher. The ladder of social mobility was never pulled up on him. He talks such a good game but he never really worsens his own advantaged position. Then look at Mulroney. His aide, Luc Lavoie, said Mulroney left Ottawa broke. Yet he bought a mansion in Montreal and paid a million dollars in cash for the renovations according to Stevie Cameron's sources even as he concealed cash payments from Karlheinz Schreiber and who knows who else?.

.. I always remember, we sleep with the elephant - perhaps never more true
We have a major political party dedicated to emulating the Republican Party
Uh that would be Canada's Faux Evangelical Party - hello Andrew Scheer
and hello Doug Ford, here in the flatlands of Ontario
Yo Saskatchewan !!

All that aside.. No Trump, whether Donald or Jr or Eric
Ivanka or Melania or Kushner will ever do hard time
They will spend tens of millions in legal fees
to reinvent the legal world, turn it sideways
or upside down

They make one phone call to a 5,000 $ / day law firm
and return to their country club caviar & 2 ice cream scoops
sheltered by the Secret Service
who must pay to stay.. and to have golf carts
to follow and protect these fatheads
the rest of their useless lives

And even a smaller percentage of non baby boomers which includes me, are responsible for this mess. Anyong