I Agree. There's No Place Any Longer for Identity Politics. 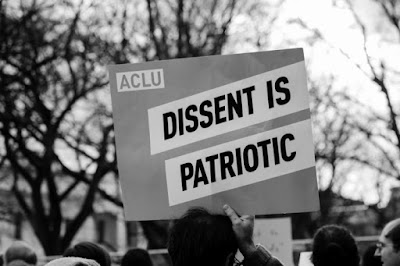 When Justin Trudeau spoke to graduating students of New York University yesterday he criticized the growth in identity politics. I commend him for that. It's a phenomenon that fosters clannish partisanship that, in turn, can undermine social cohesion at the very moment a society may most need cohesiveness to meet serious challenges.

We've all probably heard the term but we may have quite different understandings of what it means. Here's one definition taken from a University of Michigan dissertation on the subject:

The paper concludes that as racial, religious and other group identities merge with partisan politics an "increased ideological consistency" develops that "corresponds to an increase in partisan bias and intolerance across the electorate, particularly over time."

More recent thought holds that hyper-partisanship is another form of political identity. We can see this today in Trump's base although there could be a chicken/egg dynamic in play.

Back in the day of Liberals and Progressive Conservatives, hyper-partisanship was much less prevalent than it is today. There were more people who were willing to vote according to each party's policies and platform, switching periodically from PC to LPC or NDP not promiscuously but with some deliberation.

Now we seem to have moved into camps, formed tribes.

It was the tribalism I found in New Dem supporters that always caused me to steer clear of the NDP. To me it reflected a certain unquestioning loyalty that I found off-putting.

I became a Liberal just not a joined-at-the-hip Liberal. When Paul Hellyer unified the armed forces and threw us into those ungodly green uniforms, unlike some, I remained a Liberal supporter.

I supported Trudeau despite what many in the military tribe viewed as his leftist pacifism. I knew there was no shortage of people and nations all too willing to bomb each other into oblivion but there was a keen shortage of intermediaries, "honest brokers" available to intercede and defuse situations that were otherwise headed for shooting conflicts. I was proud of Canada's role in launching the peacekeeping initiative under Lester Pearson.

I saw no contradiction in Canadian participation in NORAD or NATO as both alliances were inherently defensive, another form of peacekeeping on a superpower level.

There were a few bad Liberals and plenty of good Conservatives. Bob Stanfield was a fine Tory. Despite his failings, so was Joe Clark. I didn't vote for them but they were people I could respect. No party had a monopoly on good ideas. Even Mulroney, scoundrel that he was, was to be admired for standing up against South African apartheid and for his environmentalism.

My loyalties remained with the Liberals under Chretien, Martin and Dion. I even supported Ignatieff as opposition leader but my affiliation with the Liberal Party was unraveling.  I broke with the Liberals on Monday, May 2nd, 2011, choosing to vote strategically in a riding contest the Tories couldn't possibly lose. Afterward, I wrote this:


I came out of the booth feeling crappy, utterly dispirited, while realizing that the true measure of my disappointment won't be known until the results are announced tonight. The only thing that could possibly have been worse would have been to vote for the pathetic Conservative incumbent. For the hapless weevil who received my vote, his/her good fortune is completely undeserved and is owed entirely to the fundamentalist mouthbreather of an empty suit we keep sending to Ottawa to doze fitfully at his Conservative master's feet until the next election.

That election campaign wasn't a total loss. It forced me to realize that the Liberal Party I had supported for about four decades was a thing of the past. After a bit of navel-gazing, I joined the Greens.

The Liberal Party is now a conservative party, its progressive wing expunged. It has also become more tribal than it has ever been in my lifetime, less questioning, far more hypocritical. It has become a party steeped in identity politics.

The only proof I need is to go back to those old posts and recall how freely and roundly we castigated Harper for his excesses and then see how many of those same policies that we Liberals once scorned so vociferously have been perpetuated under the current government. Liberals who so unhesitatingly attacked Harper have fallen mute when their boy trods the same path. You could say that's hypocrisy but it's much more than that. It's tribalism. It's hyper-partisan identity politics. Bad if they do it. Not so bad when we do it.

Just an aside from an American--Hillary dead-enders, who comprise at least half of the Democratic party, are just as tribal as Trump supporters. What you describe as having happened to the Liberals in Canada happened to the Democrats 25 years ago under Bill Clinton.


I hadn't thought of that, Karl, but you're right on the money. Thank you.

.. I now look upon 'political parties' as a group of diseased sports franchises..
whether hockey or soccer.. or whatever.. and whatever sweater
with some sort of logo.. or vague history
The fans (base) may be seen as soccer hooligans
In the US of A there are just two teams
Hiw did that work out? Donald Trump
Nobel Prize - for marriage infidelity
and fraudulent lunatic liar

I'm an NDPer, but at this point far from a tribal one, as I will not be voting NDP federally until Erin Weir is reinstated. This doesn't effect my Ontario provincial vote as I want Dentalcare, Pharmacare, and Daycare, plus evenrually basic income, so I'll be voting NDP despite disliking most of the intersectional feminist part of their platform.


Gyor, I find that cross-party political conversations are easier, at times quite enjoyable, when you're tossing around ideas among people who are still capable of independent thought.

During the Harper years I was roundly castigated by a certain Liberal zealot for critical remarks about the LPC. The point I kept stressing was that the obsession with relentlessly attacking Harper was pointless. He wasn't going to change because of what we thought. I suggested that, instead, it would be better to use the time to focus on changing Liberal policy so that it resonated with the unaddressed but very real concerns of the public.

You would have thought I had committed heresy to suggest there was anything lacking in the Liberal platform. I must be a Harper troll - on and on. I came to realize that wasn't a lone voice of vitriol. The Party knew best. Now shut up.

You and I often don't agree, not entirely, but we can discuss, even argue, agreeably. Without that you'll never identify common ground, the key to building consensus across party lines.