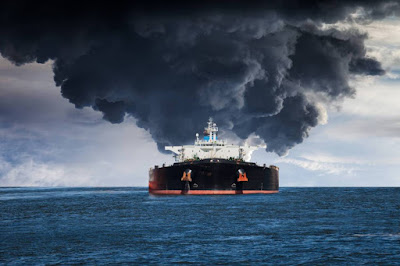 Reuters has done a little digging into how Kinder Morgan manipulated a naive prime minister, panicking him into buying out the slick Texas pipeline company.

Even before the bailout, the company had little to lose - despite the C$1.1 billion it has spent so far on a plan to add a second pipeline from Alberta’s oil sands to British Columbia’s coast, according to a Reuters review of the project’s bank financing and oil-shipping contracts with producers reserving space on the proposed line.

The documents show Kinder Morgan cut creative deals with lenders and oil producers to shield itself from massive write-downs like the ones taken recently by rivals TransCanada Corp and Enbridge Inc in canceling controversial pipeline projects.

The arrangements, which have not been previously reported, gave Kinder Morgan unique leverage in threatening last month to walk away from the project by May 31 unless Prime Minister Justin Trudeau’s government guaranteed a path to construction over the objections of British Columbia officials, environmentalists and some aboriginal bands.

The company’s cautious financial planning and hard-ball politicking combined to create a no-lose bet on what might have been one of the oil industry’s riskiest plays, given the volatility of Canadian pipeline politics.

...Kinder Morgan’s leverage in the deal stemmed in part from careful risk management in earlier negotiations with the 13 oil producers who reserved capacity in the proposed line. The shippers agreed to cover about 80 percent of Kinder Morgan’s capital costs – even if the second pipeline never gets built, the contracts show.

The shippers promised to pay those costs over time through tolls on shipments through the existing pipeline, and the contracts included an “early termination” clause to ensure the producers paid even if regulatory problems blocked the project.

The firm also negotiated with 26 lenders led by Royal Bank of Canada and TD Bank for a clause exempting the firm from paying a 2 percent penalty on funds drawn from up to C$5 billion in construction loans if it halted the project because of political problems, the documents show.

Twelve of the 13 oil producers - including BP Canada, Teck Energy Sales, Andeavor and Canadian Natural Resources - did not respond to Reuters inquiries or declined to comment on their contracts with Kinder Morgan. Canadian oil producer Cenovus Energy did not comment directly on the contracts but issued a statement saying Canada’s oil industry would continue to suffer from low prices and exports without new pipelines.

...Robyn Allen - a vocal pipeline opponent and retired chief executive of an auto insurance firm - has long predicted the expansion would end in a government bailout. She opposed it specifically for that reason, unlike most other opponents who have cited fear of oil spills.

The Trudeau administration, she said, is paying C$4.5 billion “for a pipeline that is more than 65 years old” and assuming expansion costs she estimated could run as much as C$12 billion - far more than the firm’s latest estimate of C$7.4 billion.

By using assets of the existing Trans Mountain pipeline to finance its expansion, Kinder Morgan made the two inseparable in the bailout, Allen said.

“Now Kinder Morgan’s U.S. shareholders will be made whole,” she said. “They have offloaded all of these costs onto Prime Minister Justin Trudeau.”

...The government hopes to quickly resell the project to energy firms, a task made much harder by its tortured political history.

Though Trudeau asserts federal authority to approve the project, British Columbia officials could effectively bog it down for years in environmental studies, lawsuits and regulations that undercut its profit potential.

Trudeau could theoretically nullify any provincial law that effectively kills a federally approved project under a constitutional provision that hasn’t been used since the 1940s. But that’s unlikely given that his Liberal party relies far more on electoral support from British Columbia than from conservative Alberta.

The prime minister is already paying the political price.

“Those of us who knocked on doors for him will not forget that he took billions of dollars from Canadian families to buy out an oil pipeline,” said Tzeporah Berman, deputy director of Stand.earth, an environmental advocacy organization with offices in Vancouver.

We knew from the get go, when Trudeau pushed through the Saudi Death Wagon deal, dismissively calling the heavily armed and armoured combat vehicles mere "jeeps," that when principle clashed with opportunity, Trudeau would go with the money side. We saw that again when his government cut sweetheart deals for KPMG's Isle of Man tax scammers. He's the pretty face of some pretty ugly politics.

There's no reason anyone should have been surprised to see Trudeau outplayed by the sketchy Texans and forced to ride to the rescue of the Athabasca Tar Sands giants and Canadian banks. It's entirely in keeping with the policy of socializing the risks and privatizing profits.


And my old friends, you Stepford Wife Liberals, seem to have fallen mute when your team - Trudeau, Carr and McKenna - have succeeded where Harper, Oliver and Kent tried but failed. Go Liberals, Go.

And not only that but, as Trudeau said on the floor of the Paris climate summit in 2015, "Canada's Back." We are indeed. We're back alright, back to where Harper had Canada. We're a climate change pariah again.

It has been said that we get the government we deserve, Mound, but I can think of no national karma that justifies the mess we now have on our hands.


Lorne, I've been speculating for some time who Trudeau's "national interest" declaration was intended to benefit. I figured it was the banks. Turns out it's the banks and the Tar Sands energy giants, the same outfits that will be long gone by the time anyone gets around to those pesky tailing ponds.

Remember, the feds don't have $4.5 billion in the treasury. They're going to have to borrow it. That'll go atop the existing and worsening federal deficit.

Meanwhile Tar Sands operators that can get out are already leaving. That's hardly a vote of confidence in the future of bitumen markets on which the viability of Trans Mountain and the government's prospects of unloading it on some private sector purchaser depend so heavily.

It's also worth recalling that the Kinder Morgan guy they were dealing with was the former Enron government liaison guy, a seasoned operator. Team Trudeau were screwed before Morneau ever boarded the plane to Texas to beg for terms.

I don't know if Trudeau ever had any integrity. It's hard to know until they're challenged, tested. Whatever doubt might have lingered, it's gone now.

Why don't we get it?
With every national calamity the MSM, successfully, goes for click bait to sell advertising and the population follows with cheers.

The old adage of follow the money has always rung true yet the MSM boils it down to individuals they can character assassinate.

In the endgame the KM fiasco has all the trappings of BC Rail, Enron, Bre Ex, Site C and possibly more.

Re MSM.
As with the last Liberal ( in name only) BC Government when the MSM was mute on it's shortcomings and transgressions on such things as BC Rail and BC Hydro site C ; when the battle for the darkside was lost they changed!
Seeing the game was up! they, the MSM, started to question the motives of the Liberals during their last year or so.
The same has , already ,started with the national MSM starting to question the rationale of the KM purchase.
Before the purchase; all the MSM could talk about was that it was jobs and jobs ; a matter of national importance( shades of Trumps national importance trade negotiations)

Now the penny has dropped and they , possibly, realise that we,Canada, have been duped/conned!!
It's difficult to admit to failure , particularly the MSM.
Therefore the character assassins line up at the door !!
Nothing like deflection to start up your day?


I don't know, Trail Blazer. I just finished reading today's Toronto "Red" Star editorial and it is solidly behind Trudeau, claiming Trans Mountain is indeed essential to the country. Not a peep about environmental concerns, First Nations, or climate change. Out of sight/out of mind for the TorStar editorial board. It could've been written by their colleagues at NatPo.

It did betray an astonishingly weak grasp of the facts and issues surrounding this pipeline, bitumen, tanker traffic, etc. If TorStar ever went full Bay Street, this was it.

It did betray an astonishingly weak grasp of the facts........

What irks me the most is the total absence of climate change within the KM discussion.

Save the whales, save the jobs; fuck the climate..
Adding that it would seem to be the biggest, financial, conjob in years , leaves me speechless..
Well; not really.

CKNW , the Times Colonist and the Vancouver Sun had reference to possible problems with the financial viability of the pipeline.

A start that I hope will develop into a wave of enlightenment.


I hope you're right. Something bursting the Carbon Bubble would be welcome right about now. It would leave the federal government in an awful mess, one of the Liberal government's own making, but that's on them and their Tory alter-egos.

I went looking for that part of the contracts yesterday but couldn't find it with Google; Reuters are obviously better at it than I. This has been out there for a while.

My question now is : are these contracts and their guarantees transferable upon sale .

I suspect the details of the KM purchase will be considered 'above top secret' for some years.
The FOI commissioner will be working overtime.