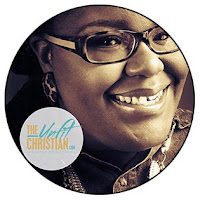 Her name is D. Danyelle Thomas and she goes by the web name, the Unfit Christian.

Now Danyelle is very much pro-gun control and she thinks it's a simple matter of harnessing the power of American racism to get it. Here's how she sees it:


You see, like violence, racism is as American as Apple Pie. And damn it do Americans LOVE their Apple Pie. Violence is quite literally the American way: the slaughtering of Indigenous Americans on the Trail of Tears; the theft, rape, destruction, and murder of Black bodies in the Transatlantic slave trade; The lynching, hosing, and immolation of Black [and defending white] bodies during Jim Crow; The destruction of thriving Black communities from postbellum to present day; The imprisonment of Japanese bodies in Concentration Camps. Well, I think you get it by now: White America really, really loves violence.

But you know what White America loves more? The preservation of socioeconomic power and all the privileges whiteness embodies. Enter stage left: the power of racism.

Well it’s quite simple: if more people of color, especially Black people, start applying for gun licenses, purchasing guns, and applying for NRA memberships, we’d see gun law reform in a matter of months. The arming of Black bodies is an imminent threat to the bastion of white male power. If we organized a National Minority Gun Registration Day, we’d have gun laws in place by next Monday that would better protect this nation’s children.

I'm thinking Pastor Danyelle might be right. Let's face it. If you take all the mass murders in the United States from Columbine to Sandy Hook to Parkdale the shooters seem to have been white boys. Congress joins hands with the NRA and just looks the other way. Putting a load of AR-15s in the hands of black boys instead of just white boys, well that would surely get the attention of these sad, redneck, fascist sons of bitches on Capitol Hill.
Posted by The Mound of Sound at 2:14 PM

I alwas thought Republicans would be anti - Global Warming if they were told that black people would survive the skin cancers caused by higher UV. It would probably work with guns too.

Seriously, you know it's not going to work like that.

In the era of Black Panthers, white racist militias were few and far between. Computers were the size of fridges and used tape to store data.

How long until some sick puppy working in some level of government's gun-application system starts fowarding the names and addresses of non-whites who have legal guns?

Sounds like a recipe for a true race war to me. Not that blacks shouldn't do everything they can to defend themselves, but MORE guns is hardly the answer to gun problem.

I’ve been saying it for a while now, even before I heard about the Black Panther thing. If black men started arming, gun control would be in place in a heartbeat. It wouldn’t mean more guns, it would mean more gun control.

Yeah give Black people guns to kill themselves in Big-City-Liberal inner-city ghettos and the "racist-Republican" NRA will be all for gun control!

Great idea (at least from the perspective of partisan bigotry.) But one that has been in place for decades.

Funny how Big City Liberals squawk so much about gun control. Yet all the gun crime occurs in Big Liberal Cities.

Cliquish Big City Liberals sure like their empty words. As long as they never have to put any action behind them! (Clearly a "faith not works" kind of cult. They do nothing – outside of their own self-interest – as a matter of principle!)

Mound, excuse me while I answer Meathead 3:29.

So how are things at KKK HQ? Have any problem typing this post with the length of the sleeves and visual problems with the eye holes on your white gown? May I suggest switching to a dinner jacket with ties on the sleeves, it's more your fashion. Before they take you away, try googling mass shootings in Alberta, then tell us all gun crime is in big cities. So law abiding white folk can carry guns freely but law abiding black folk can't? Isn't that racism? But you insinuate there are no law abiding black folk, that given guns they would all be murderers. Isn't that even more racist coming from you, a self proclaimed small town conservative? Well I say fuck off. Idiot.


Anon, I've had it up to the tits with your vile idiocy. Don't you have a tiki torch to polish for the weekend rally? Please, fuck off.

LOL. Like I said, Big City Liberal weasels are the real racists. They think People of Color are the servant class. If there are any POC uptown, they are either cleaning toilets are looking after little Blue Blood bastards.

Big Liberal Cities are segregated. White People uptown. POC are relegated to inner-city ghettos that Big City Liberals starve of proper funding for infrastructure and education. Then they wage wars on crime and drugs on People of Color. Call them "super predators" to fill up their private prison sweatshops.

THAT is the reason Black-on-Black gun crime is so high. Big City Liberal systemic racism. They keep inner-city ghettos run down and devoid of opportunities for People of Color to prosper.

Things have gotten progressively worse since Elvis recorded the song "In the Ghetto" back in 1968! 50 years of failure and pretense! Then liberal weasels say using the word "ghetto" is racist!

Big City Liberals are racist monsters because they are cliquish void-worshiping birdbrains who live and love a smear. They think they have power in screaming "RACIST! BIGOT!" at their political enemies. But they are really screaming at themselves.

Actually, Pastor Danyelle's suggestion probably would end up doing little more than exacerbating the racial profiling exploits routinely engaged in by the authorities (being the ambassadors and servants of the ruling classes they are).

Instead of guaranteeing stricter gun control laws, the authorities would simply use their data bases to round up the black citizens who apply for and own heavy weapons and ammunition and cunningly figure out how to trump up malicious allegations and accusations against them.

...quite certain this plan would most likely backfire.


See, Tal, there's your problem. Get into a set to and you Americans always want to go for your guns. Up here in the sophisticated Great White North we have more gentile means of venting our frustrations: