If You Have Even the Slightest Doubt that Global Warming is Real, Ask a Fish. 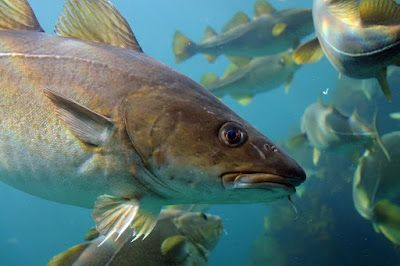 I've been writing about this for years as I've watched the arrival of southern fish species into British Columbia's coastal waters, everything from humpback whales to sardines. Fish and marine mammals don't listen to Donald Trump or Andrew Scheer. They don't listen to anybody. If it gets too hot they head to cooler waters. Northern hemisphere, southern hemisphere, the migrations are the same - toward their respective poles.

A new report out of Rutgers says that hundreds of species of fish are moving out of American waters. At the moment they're heading to Canada but some will be going to Alaska and beyond.


The biggest changes are expected along the West Coast, where some economically important species like rockfish will move some 900 miles from their traditional grounds off Washington and Canada to Alaska.

Even if global warming is limited to no more than 2 degrees Celsius, as intended under the Paris climate agreement, there will still be increasing disruptions to fisheries. The shifts have already caused conflicts over the regional fishing quotas, said Rutgers University researcher Malin Pinsky, co-author of the new study published this week in the journal PLOS One.

Like other species, fish are trying to keep cool in the face of global warming, but since they are highly mobile, they are occupying new habitat 10 times faster than species on land, Pinsky said.

We know where our prime minister stands on this with his petro-state mentality, his pipelines and his anchors aweigh supertanker policy. Once again, Trudeau's dilbit fetish trumps British Columbia's coastal fishery and our coastal First Nations.
Posted by The Mound of Sound at 12:08 PM

Canadian commercial fishers will see this as a new bounty.

Lobster have been moving north on the East Coast for some years.
As the cod , lobster and other edible fish move north , perhaps the Piranha will move into USA waters!!
O'h I relish the thought!!