A Venture Capitalist on Why Kinder Morgan's Pipeline and the Tar Sands Make No Sense. 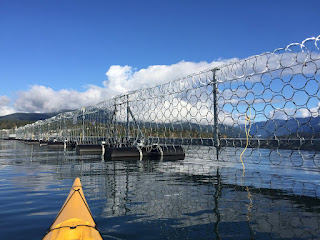 The CEO of Chrysalix Venture Capital says "let's get honest about the outlook for the Alberta oil sands and Trans Mountain." In Wal van Lierop's opinion, neither makes any financial sense any longer. In other words, Trudeau and Morneau appear to be leading Canada into a huge economic blunder.

If we were to think of the energy transition as a baseball game, we could see the stages of its progression over the past decade. In the first inning, coal lost to gas in the competition for power generation in North America and Europe; solar and wind lit up the scoreboard with incredible cost reductions in the second inning; but in the third, shale oil and gas rallied, creating an energy boom in U.S. gas and making that country the international swing player -- supplanting OPEC in that position.

Now we are entering the fourth inning, with a playing field of abundant cheap energy and midway through the ball game it looks like the players highest on the cost curve will be the ones striking out. Those players will likely include both new projects in Arctic oil and the oil sands, as their business case makes them weak in a game where cost is key.

Not all oils are equal:

The costs of converting oil-sands oil to gasoline or jet fuel means there will always be about a $10 or more discount; so that discount has nothing to do with pipelines: oil-sands expansions should actually be competitive at $40 for new capital investments to make sense.


This leads to considering the business case for the Kinder Morgan pipeline:

Terminal and shipping infrastructure adds another negative of $2-$3 on this line because receivers on the demand side have in the past years created new facilities to quickly load and unload massive ships of a size that cannot sail below the Vancouver bridges. As a result, Alberta needs to be able to compete below $37, while in new projects, it most likely needs north of $50 to be in the money.

To make things worse, not just the cost of supply has changed in the past four years; there are also significant changes on the demand side with the targeted refineries on the east coast of China recently benefiting from the improved economic relationship with Russia, while on the other hand environmental regulations have tightened. Both give Alberta oil a further disadvantage.

Historically, a pipeline builder would like to see off-take agreements for more than 50 per cent of the capacity for at least 15 years, preferably 20, before giving the go-ahead. The Chinese don’t do this type of off-take contracts. At maximum you’ll get an agreement for a few years, which is then followed by another round of tough negotiations. Energy is a commodity business where cost is king.

On this basis, we would have to presume that the Alberta and federal governments hadn’t seen the Kinder Morgan order book before they announced an intention to financially support the company’s pipeline, because that may show a rapidly deteriorating business case. Of course, some will argue that my numbers are incorrect, and there could be a margin of error. My point is that all stakeholders need clarity on this matter. They need a better understanding on how strong the business case for Kinder Morgan is, or if this investment could turn into a “soon to be stranded“ asset. The departure of all oil majors and many large financial institutions from the province of Alberta is also a sign that should be taken into account.

There is some group Trudeau is trying to help, perhaps salvage. Could it be Canada's banks or institutional investors? He's doubling down on a bad bet so it's plain he's not looking out for the interests of the Canadian public.

It's becoming increasingly apparent that the people of BC are getting sold out by our prime minister and it sure as hell isn't so he'll have a "compromise" that secures token carbon taxes either. The incoming premier of Alberta is going to tell him where to shove his carbon taxes. The premier of Saskatchewan will sing the same refrain. Depending on the Ontario election coin toss, Trudeau may face the leaders of provinces equaling half the country against him and, let's face it, we know how quickly he folds when the political winds are not at his back.

Isn't it time Justin came clean with us?
Posted by The Mound of Sound at 12:20 AM

A troll replied to a comment of mine by saying that transit contracts for Kinder Morgan Trans Mountain were 100% sold. I knew he was lying but it took a while to prove it; the most recent numbers are a couple of years old.

KMs flack says they have contracts for 65% of capacity. They state that they are reserving 20% for the spot market ( or just can't sell any more ). Even under this rather flexible standard that leaves 15% unused and unpaid. That 15% would take a big bite out of profitability.

With big oil exiting the Tar Sands lately the numbers may be even worse.

Albertans tend to believe that that big tar pit is the Holy Grail. When I see Notley fire off I see religious zealotry.

We used to know where Morneau's money was, but after constant attacks by politicians, pundits, bloggers and even commentors he moved the money. Now we have no idea where it is.

Albertans have not come to terms with a hard reality -- the tar sands are a sink hole. And Mr. Trudeau is pouring big money into the pit.