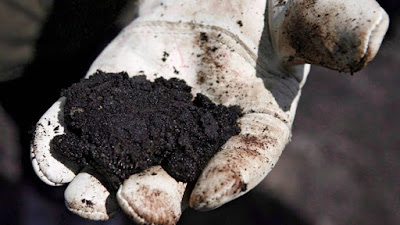 Paul McKay, writing in the National Observer, takes Canada's business journalists and a lot of their fellow journos to the woodshed, accusing them of "media malpractice."

He begins with the story of an American school teacher, Ida Tarbell, who, in 1902, broke into journalism with a 19-part investigative series that set fire to the industrial barons and their monopolies.

Tarbell’s target was America’s biggest petroleum conglomerate, Standard Oil. She exposed, installment by installment, the brutally ruthless tactics (including serial Congressional bribery) the corporate colossus used to gain and maintain monopolies for shareholders and its galvanic founder, John D. Rockefeller. It enlightened the public, humbled the high and mighty, and ushered in a ‘trust-busting’ progressive U.S. President who ramrodded federal anti-monopoly laws through a simultaneously amazed, apoplectic Congress. Standard Oil and the Rockefellers never saw Tarbell, a former schoolteacher, coming. No one had dared to ask the questions she did, let alone print them.

The best of these journalists used an alloy of evidence and audacity. They dared to ask questions others were too lazy, inept or timid to ask. Our profession has its heroes – like Emile Zola accurately accusing the French government and military of knowingly convicting an innocent officer of treason. Or Woodward and Bernstein daring to ask if a troupe of third-rate, bungling burglars might be henchmen for President Richard Nixon. Or, more recently, Michael Lewis exposing breath-taking ‘big shorts’, rogue hedge funds and algorithm flash trading.

But a history of business journalism proves these figures are an exception. It is notorious for failing to detect bubbles before they burst with calamitous consequences.

...In Canada, our business press only belatedly dug up the real dirt on companies like Henry Pellatt’s Home Bank after its 1923 collapse, Viola Macmillan’s 1964Windfall mining scam, the fatal coal methane levels at Clifford Frame’s Westraymine, the $6 billion Bre-X swindle (which was exposed after the chief prospector jumped from a helicoptor with false, salted samples) and the collapse of apparently venerable Nortel Networks in 2009.

In fact, the leading figures behind these spectacular failures were often lauded by the business press right up to the moment they became disgraced. The evidence of imminent demise was lurking, but nobody went looking for it. None dared ask tough questions. They did not do their job.

And now their failure turns to bitumen and pipelines and the alchemy of trying to conjure convenient facts out of thin air.


Which brings us to Canada’s bitumen bubble, and missing-in-action media coverage, which amounts to malpractice.

In the days following Kinder Morgan’s ultimatum that it would jettison its planned Trans Mountain oil pipeline and forsake Canada unless it gains a clear and certain path to final approvals by May 31, a collective wail of lamentations ensued from oil companies, the pipeline manufacturers, the Alberta premier and Opposition leader, the Prime Minister and his senior cabinet members, the Canadian Association of Petroleum Producers, and major banks. This is natural and fitting, and so is media coverage of their collective fury and resolve to avert that ultimatum. It is a big story. It needs to be covered.

The questions that go unasked.


In my view, Canada’s mainstream business news platforms (with a few stellar exceptions) have failed in their responsibility to make facts and evidence the cornerstone of their oilsands coverage. I routinely read the business sections of the Globe, Toronto Star, Edmonton Journal, Calgary Herald, Vancouver Sun,National Post and Financial Post. I scan BNN daily and the political panel shows of CBC and CTV.

To my knowledge, no one has asked these four key questions:

What proof is there that Asian refiners have signed contracts to purchase vast volumes of Alberta raw bitumen for decades to come? If these do not exist, there is no demand.

What proof is there that Asian refiners are willing to contractually commit to a much higher price than U.S. refiners will pay for raw Alberta bitumen? If such contracts do not exist, there is no price certainty to support oilsands expansion.

What proof is there that Alberta bitumen ranks high in global comparisons of oil quality, price, and ocean supertanker access, shipping costs and speed?

Tellingly, the working assumption seems to be that such business case certainty must exist, even though there is no evidence of it. That there isn’t a bitumen bubble, because no reporters have dared to ask if Alberta’s oilsands ambitions really amount to a bright and shining lie. Just as generations of children don’t press their parents very hard about that pony they expect to get for Christmas and how it will get down the chimney. The answer might be unthinkable.

But this media malpractice is not just a sin of omission, of failing to ask tough questions. It is a sin of commission when business journalists or media personalities lob only softball questions to oilsands advocates. They print or broadcast assumptions masking as facts, and confuse what many Albertans would like to happen with what is likely to happen because of inconvenient facts.

Negating science. Science, what science? Never heard of it.


In a month of media coverage about the escalating battle about the Kinder Morgan pipeline, not once have I seen a climate scientist interviewed about the risk greatly expanded bitumen exports might pose to people and the biosphere. In effect, science (the most reliable source of facts) has been banished from the debate stage, leaving provincial economics and national politics to dominate every discussion. How convenient.

This has partitioned the parameters of debate, and the very vocabulary used. The fate of Alberta future oilsands and pipeline projects gets confronted not by respected climate or marine scientists, but video clips of Left-Coast environmentalists with a placard in one hand and a latte in the other. Bitumen with a demonstrably deadly chemical signature becomes a benign ‘product’ or ‘resource,’ barely different from wheat, lumber or potash.

Yet the world’s top climate scientists have explicitly warned that Alberta’s oilsands amount to a delayed-fuse ‘carbon bomb’ our biosphere cannot tolerate. Top international economists, led by the esteemed and astute Lord Nicholas Stern, have identified those same bitumen deposits as ‘unburnable’ stranded assets. To date, these scientists and economists have not issued warnings about the perils of Canadian potash exports.

Once adopted, these unchallenged oilsands euphemisms take on a force of their own and foster new imperatives. Of course, Albertans should be outraged if they can’t get their ‘resource’ to market. Of course the federal government should step in to protect the sanctity of equitable, inter-provincial trade. Ergo, the Kinder Morgan pipeline expansion becomes a matter of national interest, where supporters are patriots, opponents are almost treasonous and any province which defers approvals until more science is completed is worthy only of being ‘nation-shamed.'

A Press that goes along to get along asks few questions.


...the business press readily reported alarming forecasts that western Canada would lose untold billions in future wealth should the two new pipelines not get built. Those forecasts of forfeited wealth came from major Canadian banks which assumed, without providing evidence, that exported bitumen could fetch much higher prices from Asian refiners than U.S. counterparts now pay. The banks did not disclose that they also have billions in outstanding loans to oilsands and pipeline projects. I saw no media reports or commentators that called out this brazen conflict of interest.

In an equally glaring case, former Bank of Canada chief Mark Carney (who now heads the Bank of England and is a perennial newsmaker), warned on behalf of a consortium of central banks that global corporations involved in fossil fuel financing or production must assess and explicitly warn their shareholders about ‘stranded asset’ risks in a climate-constrained world. It fell on deaf ears at business news desks in Canada.

But last week, Europe’s largest bank, HSBC, joined other global banks, insurance pools and pension funds in declaring it would no longer risk loans to new oilsands projects, or planned pipelines like the Trans Mountain expansion and Keystone XL. That may amount to a final, fatal bullet aimed squarely at Alberta’s bitumen bubble.

What's that blur? Oh, that's Notley and Trudeau and McKenna spinning like Dervishes.

...But what if this red-hot rhetoric, and a potentially ruinous breakdown in the bonds of Confederation, are actually warning signs that a bitumen bubble is beginning to crack open? Last year, Big Oil players dumped $22.5 billion in oilsands assets. If that is accurate, it is perhaps too much to expect politicians from Alberta and Ottawa to question the future their reputations and political fortunes rest on.

But when the stakes are so high, and when there are whiffs of panic, extortion and even all-out political warfare in the air, it is precisely the time business journalists should be asking tough questions and demanding answers. Where are the Asian contracts to buy vastly more raw bitumen for decades? What price have they promised to pay? How does that square up with competing, global oil supply rivals? Who has prepared a serious global oil market analysis?

That is our job. It is our professional, perhaps even patriotic, duty to do it well.

It seems odd that this story begins with an American schoolteacher, Ida Tarbell, and ends with a Canadian schoolteacher, Justin Trudeau. I guess they just don't make them like they used to.

I don't dispute McKay's reasoning but I question his understanding of the battlefield at this moment in time and space.

Focussing on the tanker issue alone may be the best way to kill this beast. I think that many of us are doing that ... we're sick of 'debating' climate change with the willfully ignorant and need to protect our little corner of the world.

I think it is a tactical advantage to narrow the frame. The danger of tankers is so visceral & pending that it gains us more support than the global issues at this point.


You miss the point, NPoV. This is an article about the state of business reportage in Canada, its shallowness and the go-along-to-get-along attitude of Canada's business writers.

He's not writing about "the battlefield." That's not his remit.

I must have been inarticulate, cause you seem to miss my point.


No, NPoV, I didn't miss your point at all. You're talking tankers, he's talking journalism. They're not in competition. One does not detract from the other. Both are very relevant. There are many facets to this issue. We need to explore them all.