These Are Not Ordinary Times. Drop the Voting Age to 16. 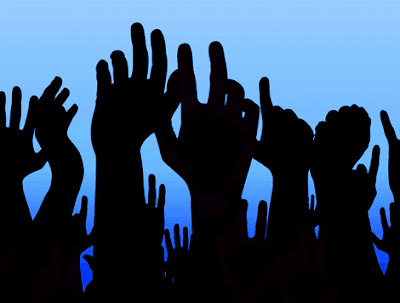 I believe it's not only appropriate but essential that we get younger voters to the polls for federal elections. Why? Because today governments need the mandate of that segment of our population to be legitimate.

The current voting age is 18. Let's say you miss the vote by a month or two. You'll be nearly 22 by the time you first get a say in how this country is run.

We need to welcome their voice at an earlier age for the simple reason that they have skin in a game that most of us don't - the future. Most of us, the 50+ generation who disproportionately call the shots today, are making decisions that carry consequences we won't be around to endure. Not surprisingly we're making those decisions from a "soon to be departed" perspective.

No, we're not making those calls with a morbid focus on our imminent mortality but we are not looking 50 or 60 years down the road either. That's not our reality. That reality belongs to those who currently have no electoral voice.

Can you imagine what our stagnant, myopic politics would look like if the political caste had to cater to today's youth as they do to today's seniors? The pols would have to start talking about Canada in 2050, 2060 and 2070. Imagine having to take responsibility today for Canada in 2070.  Political platforms would be considerably different than they are now. The political caste would have to restore posterity, all but displaced in the neoliberal era, to their policy and planning functions.

In a country in which 39 per cent of the electorate is all it takes to win a majority, every party would have to campaign for the youth vote. Lose those voters and you're done.

Some of us imagined we would witness a generational change when Trudeau was elected. Didn't happen. We got an old guy inside a young man's body. Dropping the voting age might be the best hope for an overdue generational change in Canadian politics.
Posted by The Mound of Sound at 11:17 AM

You're talking about Wild in Streets here and at my age I'll end up being force fed acid in a concentration camp. Or I guess more generationally speaking, being forced to eat avocados while riding a recumbent bicycle and listening to music with no guitars.
Scary short term future indeed.


Willy, you're artistic. You would thrive. Some sort of guru thing, I would imagine.

I agree, Mound. Not only does the 50+ crowd have a "soon to be departed" perspective, they've also got a "I've got mine, FU" perspective that the young don't have. Now if only we could get business thinking beyond the next quarter, and pols beyond the next election...

Age isn't the only issue. How many times have you been to the polls, looked at the ballot and wished there was a none of the above option? Our political system is almost devoid of the kind of people we need leading the country. It's no wonder that so many voters don't bother voting.


Corporations, by statute, are compelled to act in the best interests of the shareholders which is inherently short and medium-term. Prior to the advent of neoliberalism, posterity was an integral part of governance. It was accommodated in policy and planning. Once that was swept away governments stopped taking responsibility for the future. As the private sector insinuated itself between the elected representative and the voting public, government took the self-serving opportunity to shorten their focus to the next electoral cycle. The future be damned.

Interesting point, Toby. Guess what? That's the third time today I've heard that. Government no longer attracts the calibre of individual we need to lead the country. Dion, Harper, Ignatieff, Trudeau - all of them fell well short of that standard. They lack courage and vision and honesty.

.. my son is 33 .. his local MP - Beaches - is Nathaniel Erskine-Smith.. his classmate - Niw it is said hat Nathaniel knocked on every single door in his riding.. we see him at the local farmers markets at 7 AM .. that kids works.. and he's a good kid.. he also refuses to be 'whipped'

I have a friend.. and I posted a bet that his eldest son would be Canada's Ambassador to Britain some day.. I truly doubt I will lose that bet.. My point is.. you're quite right.. both those kids were engaged in policy or diplomacy early on.. they had their heads on straight & should have been voting at age 16.. and there's a ton of them out there.. and what happens, is kids like those two will engage others. Hell, they both played hockey and soccer too.. but they were driving up the highway of the thinking process.. and both have brothers and sisters.. ya think they didn't talk.. about 'stuff' back when they were 15 or 16 ? You betcha they did.. all teens talk

This whole thing in Alberta pisses me off.. Jason Kenney and the Wild Rose - UCP dumbassers.. Does anyone .. and I mean anyone.l think they bothered to talk to any 15 or 16 year olds, who might join an LGTB alliance group ? Hell no.. they wouldn't want to consult the very people most affected by policy.. I hope this blows Jason Kenney right off the map.. and if 16 year olds had a vote it could happen.. and don't think the grandparents.. (my friends).. and families aren't going to get involved.. one friend's son is gay, my friend's sister is gay.. ya think they aint plugged in ? Hell that entire family is onside with LGTB