How Moscow Played the Race Card 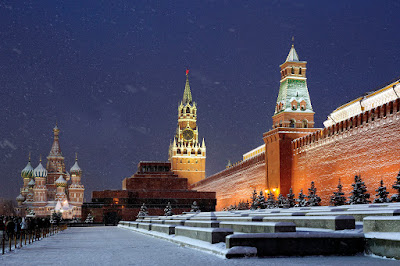 They're not stupid. Just like a swarm of Blow flies they went straight for America's open sore - racism. From  New York magazine.

More than half of the Facebook ads created by the Kremlin-backed Internet Research Agency to influence Americans during and after the last presidential election made references to race, according to a new analysis by USA Today. The news organization reviewed every one of the 3,517 IRA ads released to the public earlier this week by the House Intelligence Committee (IRA), and its reporters discovered that nearly 2,000 of the ads referred to race — accounting for some 25 million impressions from targeted Facebook users.

Previous examinations of a smaller selection of the ads established that the IRA worked to influence voters using already contentious American issues like race, immigration, gun rights, sexual orientation, and political party tribalism, but this new analysis makes it clear that racial tension was the Russian operation’s go-to wedge.

...In February, Special Counsel Robert Mueller indicted 13 Russians on charges of attempting to meddle in the 2016 election, including several people associated with the Internet Research Agency. The indictment alleged that the Russians’ efforts were often intended to help Trump defeat Clinton. All told, the IRA’s operation is estimated to have targeted as many as 126 million U.S. Facebook users between 2015 and 2017.

Enabled by the best of America (FB, CA, etc etc), the alleged Russian actions in the 2016 election resemble more and more the opportunistic Saudis on 9/11.

The United States of Amnesia


The Russians, in exploiting America's horrible race relations problem, were pushing on an open door. I wonder how many other vulnerabilities can and will be exploited to undermine America's democracy and social cohesion? The society is so divided, some contend worse than at any time since the Civil War, that it's rife for this sort of manipulation. It's hard not to see the US coming apart at the seams.

Nixon's southern strategy was copied by the Russians. I guess those guys were paying attention to the American racist mindset.

The Republican refusal to work with Obama made good old fashioned American racism obvious. It was easy to get from there to here.

Too bad the dastardly Russians succeeded in putting their Manchurian Candidate in the White House. If HRC had won, she would be kicking Russian arse with a brand new Cold War. (Real tasty for MIC profits too!) Might even have led to nuclear Armageddon!

That's why the world is Nazi concentration camp. The good people never win!