The Madness of King Justin 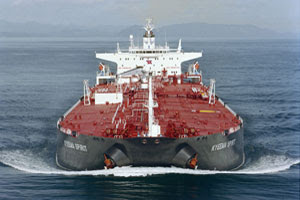 I remember when the Reeve of Gloucester, old Doc McQuarrie, explained to me that the key to politics was being able to tell "the difference between scratching your ass and tearing it all apart."

Justin Trudeau must have skipped that lecture.

It sounded like an attempt at reconciliation when the incredibly greasy Liberals proposed a joint scientific advisory panel to "advance collaboration and alleviate any ongoing concerns regarding spill response capacity. It turns out that was Liberalese for "you play ball with us and we'll stick the bat up your arse" or "why don't you collaborate in sweeping everything under the carpet so we can drive this damned pipeline straight to the ocean."

Elizabeth May has a term for it, "collective insanity."

“There is a case of collective insanity,” said Elizabeth May, the Green MP for Saanich-Gulf Islands.

“The time for Catherine McKenna and Justin Trudeau and [federal Natural Resources Minister] Jim Carr to examine the science of a dilbit [diluted bitumen] spill, and the fact that they can’t clean it up, was before they issued the permit to Kinder Morgan. They promised evidence-based, decision-making,” said May, who referred to revelations by the National Observer that, in her words, “the fix was in.” The online daily news outlet reported that senior federal officials were told to, in May’s words, “provide a legally justifiable set of conclusions to get to yes.”

In a 10-page, Nov. 18, 2016 letter to Prime Minister Trudeau before the Liberal government approved the project, BC Green Party leader Andrew Weaver, a climate scientist before he entered politics in 2013, warned that “contingency planning for spills, accidents or malfunctions, during construction and operation of the project are not supported by rigorous science.”

Weaver said he never received a reply, nor has he, with an academic background in ocean physics, been asked by federal officials for his expert opinion (politics aside) on the consequences of diluted-bitumen spill from the Trans Mountain pipeline.

Two major studies have examined the issue of spills. One, on the effects of oil spills into Canadian marine waters released in 2015 by an expert panel of the Royal Society of Canada, concluded that more research is required “to better understand the environmental impact of spilled crude oil in high-risk and poorly understood areas, such as Arctic waters, the deep ocean and shores or inland rivers and wetlands.” The other study, published in 2016 by the U.S.-based National Academies of Sciences on the “environmental fate, effects and responses” of diluted-bitumen spills from pipelines, also cited the need for further study to address “diluted bitumen’s behaviour in the environment under different conditions, its detection when submerged or sunken, and the best response strategies for mitigating the impacts of submerged and sunken oil.”

May isn't about to let Trudeau off the hook:


“I’m wondering if the Trudeau administration is muzzling the scientists at DFO so it can pump up the so-called scientists at NRCan to promote the test in Alberta, instead of mentioning that DFO has done a study with seawater that shows that dilbit can’t be cleaned up.”

Weaver agrees. “There is no example anywhere in the world where more than two per cent of a diluted bitumen spill has been cleaned up,” he said.

“We don’t need another study. What we need is to not transport that stuff across our borders — and that is what British Columbia is trying to underpin through its reference case. That there is real concern about our inability to clean up a diluted bitumen spill.”

Trudeau lost the moral high ground when he shamelessly reneged on his oh-so-sincere promises about "social licence" and First Nations consultations and honest environmental assessments and evidence-based decision making. All he's done since then is make a bad situation much, much worse. It's hard to imagine what this guy won't stoop to to steamroller the betrayed public standing in opposition to Kinder Morgan for the sake of driving the Trans Mountain pipeline to "tidewater."

If he wants to spark a resistance movement in British Columbia, he's going about it the right way. He's on the verge of "tearing it all apart."

Such concerns go over most peoples heads; they don't give a shit as long as the taxes dont increase and their jobs are safe.

It's time to ramp up the costs to the taxpayer.
For starters ; it's about the $ billion $ or so in ,cough cough, the clean up procedure that is to be paid for, up front, by the friggen taxpayer!!

Add to this that KM is not financially viable.
They have no market..
We have, folks, Bre-x
https://en.wikipedia.org/wiki/Bre-X

We could and should add..
https://en.wikipedia.org/wiki/Enron_scandal


Just how fucking stupid are Canadians?

Trail Blazer, you think I'm the person to answer your question?

you think I'm the person to answer your question?

You have more experience than I with the general Public.

The answer is yes as you a good place to start!!

"It's hard to imagine what this guy won't stoop to..."

I'd suggest a close study of Bill Clinton's career. Many people forget that the reason Al Gore "lost" in 2000 after Nader and the Greens abandoned him, despite Gore's strong record on environmental issues in the Senate, is that he got tarred by 8 years of being Bubba's water carrier.


Yeah, but Karl, isn't it nice to know that we've also got a leadership fiasco? Misery likes company.

.. the Grand Slam + Double Whammy.. OK.. we gots
- the NDP passing legislation the Suncor does not need to clean up their part of the Tar Sands polluion disaster for 70 years - after they cease operations
- both Alberta and Trudeau offering a financial handout to prop up a foreign owned pipeline, that willing diverted around Nestle's freshwater source wite that is basically operating for free
- you already neailed the dilbit spill science
- we have LNG terminals and liquifying plants just itching to locate where shellfish and herring get started, adjascent to First Nations unceded lands on the BC coast
- the pipeline advocates want to triple the capacity.. and let another 3 to 4 hundred supertankers thrash through the Salish Sea on incoming trips then do the same on outgoing
- there's essentially no real action re the Cohen Commission on farmed salmon & as a partial result most of the commercial and recreational fisheries are closed
- trophy hunting of bears is still A-OK as long as you eat part of the dead bear
- the habitat of boreal caribou (last seen on our 25 cent piece, and on the 20$ ceremonial Canadian mint collectors coin)
- the polar bear? Who cares? Just the peer reviewed biologists who actually tag bears on the ice battling the propogandists.. who claim the sea ice is fine up there.. but have never seen a polar bear or sea ice.. much less tagged one with a tiny transmitter that shows where the bears are as they travel to eat or mate

It is depressing.. and mainstream media ignores most of it.. its all about Doug Ford or Justin Trudeau, the Economy and GDP

"If he wants to spark a resistance movement in British Columbia, "

Methinks we're past the 'spark' stage. The fuse is lit.

It looks like the BC ref will fail. But the indigenous cases have always been the most likely to succeed.

If the courts fail us, it will get nasty. The fuse is lit.