2015 - Will Britain Have to Endure a Year Without War? 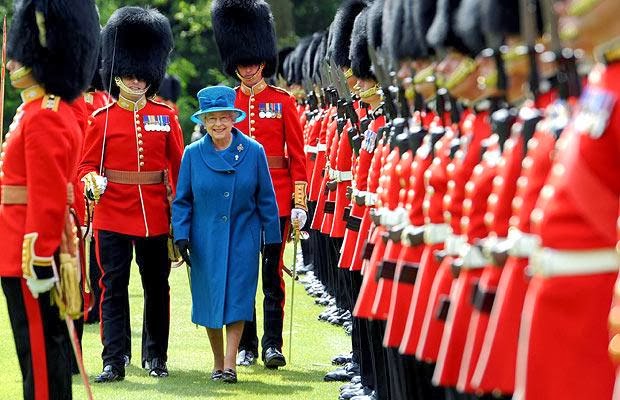 There's a real prospect that next year could break a streak of more than 100-consecutive years in which Britain's military has engaged in some form of armed conflict.

Today's lead editorial in The Guardian suggests the break may be a good time to rethink the role of the military in the 21st century.

Our survey of this long and bloody history may startle some who believe that the British resort to force only in exceptional circumstances, and only in self-defence. In fact, we do it all the time, as recent histories of imperial wars have demonstrated in often chilling detail. Could all this be about to stop? Our writers suggest that a combination of war-weariness, the diminished effectiveness of our forces after yet another round of spending cuts, the failures that marked the Iraq and Afghanistan wars, and the difficulty of building popular support in a society that now has substantial minorities hailing from the potential battle zones, mean that 2015 could be the first year with no British shots fired in anger. Officers call this "a strategic pause". Certainly, the prospect of it should prompt discussion about the purposes of our armed forces.

...Soldiers will say that armies are insurance companies, and military spending is the premium. Might Europe in the future once again have enemies akin to the old Soviet Union? Russia itself? Iran? China? Even if that could happen, how relevant would tank and infantry armies be? Again, could there be a new era of intervention in which, because of the compelling nature of the situation, Britain and other European nations, with or without the Americans, would need to send large forces abroad? Say, total breakdown in Syria with weapons of mass destruction out of state control?

Is the 21st century, in general, so unpredictably dangerous that we need to maintain state of the art militaries on the basis that if we let the skills, traditions and supporting industries die it will be impossible to revive them? Or do we need to start thinking about our military establishment less in terms of firepower and more in terms of a fire brigade, with war somewhere in the middle, rather than right at the top, of the list of duties?

It's a really good point and not just for Britain either.  Any nation about to invest tens of billions of scarce dollars on 'first strike' stealth, light attack bombers (and, yes, that includes Canada) should be having this very conversation.
Posted by The Mound of Sound at 7:46 AM