The Dignity of Servitude 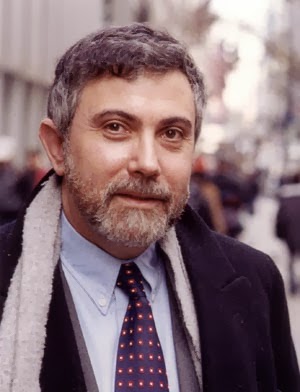 Master-servant relations seem to be steadily regressing toward the 19th century with the restoration of the precariat, the suppression of the middle class and the ascendancy of plotocracy.   That ugly little reality came to mind while reading Paul Krugman's op-ed, "Inequality, Dignity and Freedom" in today's New York Times.

The columnist notes how, finally, some Republicans have stopped peddling the lie that Obamacare will cause the loss of 2-million jobs.  What the Congressional Budget Office found, that was seized upon and warped by Repugs, was that upwards of 2-million Americans might quit jobs they were only holding down out of desperation to retain healthcare coverage.

The Repugs were finally unable to outrun their lies and had to give that up.  They're down but never out.  Now the line is that being spewed by Rand Paul.   Obamacare, he says, might cause these people to "lose the dignity of work."  To this privileged joker there's dignity in clinging to a job out of fear of losing healthcare.

In fact, the people who seem least inclined to respect the efforts of ordinary workers are the winners of the wealth lottery. Over the past few months, we’ve been harangued by a procession of angry billionaires, furious that they’re not receiving the deference, the acknowledgment of their superiority, that they believe is their due. For example, last week the investor Sam Zell went on CNN Money to defend the 1 percent against “envy,” and he asserted that “the 1 percent work harder. The 1 percent are much bigger factors in all forms of our society.” Dignity for all!


And there’s another group that doesn’t respect workers: Republican politicians. In 2012, Representative Eric Cantor, the House majority leader, infamously marked Labor Day with a Twitter post celebrating ... people who start their own businesses. Perhaps Mr. Cantor was chastened by the backlash to that post; at a recent G.O.P. retreat, he reportedly urged his colleagues to show some respect for Americans who don’t own businesses, who work for someone else. The clear implication was that they haven’t shown that kind of respect in the past.

On the whole, working Americans are better at appreciating their own worth than either the wealthy or conservative politicians are at showing them even minimal respect. Still, tens of millions of Americans know from experience that hard work isn’t enough to provide financial security or a decent education for their children, and many either couldn’t get health insurance or were desperately afraid of losing jobs that came with insurance until the Affordable Care Act kicked in last month. In the face of that kind of everyday struggle, talk about the dignity of work rings hollow.
Posted by The Mound of Sound at 11:40 AM