How Long Does It Take to Get Over Something Like the Exxon Valdez Disaster? If You're a Sea Otter, 25-Years. 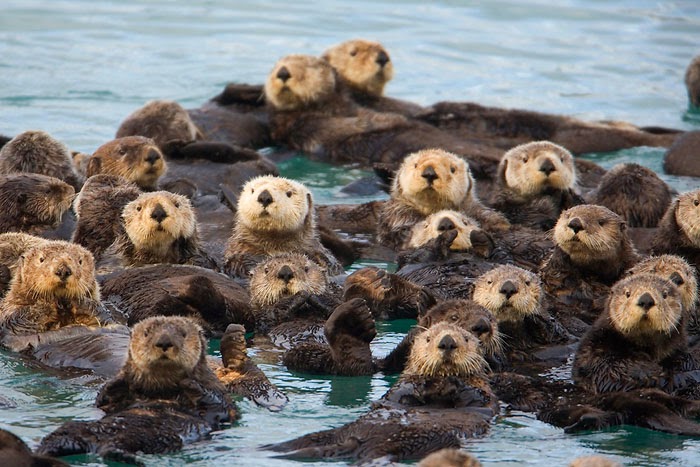 It's almost a quarter-century since the Exxon Valdez ran aground on Bligh Reef in Alaska's Prince William Sound spilling 42-million leaders of crude oil into the cold, clean waters.  That oil did a lot of damage, killed a lot of wildlife including sea birds, fish and marine mammals.

25-years later the impacts of the Valdez disaster are still being felt.  It's said some victims are still waiting to be compensated.

Now there's some good news.  The population of sea otters, devastated by the oil spill, has finally recovered to pre-spill numbers.  Fortunately the otters in Prince William Sound only had to contend with conventional crude oil.  If the spill had been dilbit - diluted bitumen - it might have been a much different situation.

Ecosystems will not as easily recover from ocean acidification. If you've read Hansen's latest missive, he's arguing again that there still no intellectual commitment from environmental organisations to address the problems of climate change. (It's been a strong theme in his communications for several years.)

I am less concerned about bitumen traffic than worldwide carbon emissions. I am less concerned about whether or how the Canadian oil industry does (or doesn't) grow, and more concerned about the lack of discussion about what Canada can do to reduce emissions worldwide as opposed to within its own borders. There is too much obsession with the local. Canada may be a small country, population wise, but we have the intellectual and industrial capacity to play a much bigger role worldwide. Instead we have discussions about how the tar sands will make or break Canada's national carbon reduction commitments.

We could (in theory) win every local environmental battle in Canada and still lose the war for the world.

(So I probably have a different perspective than you on the Northern Gateway. I don't think is a good idea, in its present form, but it isn't something that I couldn't live with, or that keeps me awake at night with worry.)

Maybe the difference in our view, Chris, is that I have been caught in a snap, right out of nowhere, storm in the Hecate Strait. There were a couple of RCN frigate/destroyer commanders who testified what befalls even a fast, powerful and maneuverable ship in those waters and what that would mean for a heavily weighted, lumbering supertanker.

As for acidification we're on the same page. Peter Ward, a paleontologist who specializes in extinction events, has written extensively about this in "Under a Green Sky."