Brits Throw In the Towel in Helmand 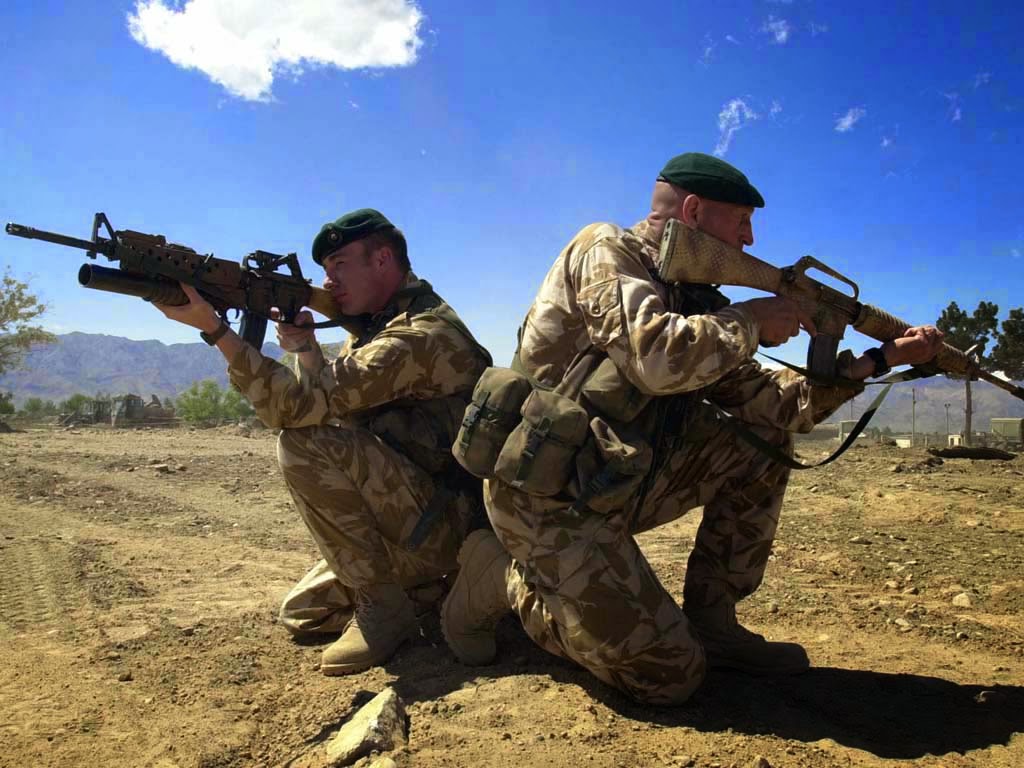 Like Canada in Kandahr, the Brits used a carrot and stick approach in their mission to Helmand province.  This consisted of taking the fight to the Taliban, the warfighting, and construction of schools, roads and other infrastructure to win over the hearts and minds of the local Afghans.  According to The Guardian, even the civil assistance mission failed.

The UK has said a quiet goodbye to its political ambitions in Helmand, the corner of Afghanistan it once dreamt of remaking, handing over its former headquarters in the provincial capital.

The dusty offices of the Provincial Reconstruction Team (PRT), which once channelled hundreds of millions of dollars into trying to build everything from roads to rule of law, now belong to an Afghan government public health team.

The departure this week was agreed years ago by Nato and President Hamid Karzai, who railed against the reconstruction teams as militarised outsiders undermining the government by providing services that should be the work of his ministers.

Still, they are leaving behind a province that last year harvested a record opium crop and where violence in northern Sangin got so bad that government forces reportedly struck a deal with the Taliban.

Unemployment is rampant, electricity is scarce and malnutrition is common. "People are worried," said Ghulam Sarwar Ghafari, 65, a school teacher in Lashkar Gah who said security was getting worse. "People had jobs working for the British. They were building roads, clinics and bridges, but a lot of things are unfinished."

The British government has retreated into the vast Camp Bastion military base, and in less than a month will shut what remains of the PRT. The mission in Kabul will still include the province in its aid plans, but the days of intense focus on an area that is home to fewer than a million people are over.

These nebulous, little wars rarely, it seems, turn out well.  We take a half-assed approach going in and the same approach when we pry ourselves out.  Canada's mission, for all the pompous boasts of our political and military leadership, was farcical.  To think that Canada could dominate the Taliban in a province of the size and population of Kandahar with a fighting force that rarely reached 1,000-troops was laughable or might have been but for the dead and wounded we sustained.

Harper was in on the gag too.   Remember he proclaimed that Canadian troops would crush the insurgents, render Kandahar free of the Taliban, make it safe for democracy.  Stephen Harper set the bar by which the outcome of our Afghan War would be judged victory or defeat.  Given that, like the Brits, we failed to achieve our leader's stated objectives, we were defeated.  At least in Korea we fought to a tie.

The only reason the Brits ( or the Canadians ) were in Afghanistan was to bolster the ego and power of prime ministers and generals.

Forget the wasted treasure; it wasn't Tony's or Steve's so they didn't care. Forget the lost lives
on all sides. They served the political purpose of our oligarchs.

It was a war that ended as it began - FUBAR

You'd think that the Brits of all people would've remembered how their last little foray into this magnificent yet sad and benighted region went. Those too stupid to heed the lessons of their own history, I guess.

Hell, UK, USA, Canada, et al, go crack open a goddamn history book or two or even just go rent a copy of "The Beast" of you can't be bothered to go to the library before you decide to go on another one of these jingoistic jaunts and start pouring young lives - on both sides - into one of these insane, murderous and pointless meat grinders.

Our Russian friends must be grimly laughing their asses off at all of us...

There is a certain amount of Schadenfreude going on with the Russkies, Neil, but I've read they're also anxious that the U.S. remain in Afghanistan lest their withdrawal unleashes further Muslim extremist attacks on Russia.

My friend Farzana, who emigrated from Pakistan decades ago, predicted this outcome when we went in to Afghanistan. Even Timmies had the good sense to get out three years ago.

When our leaders put on a straight face and claim not to be in on the joke there are only a couple of sensible conclusions. Either they are so incompetent that they deserve to be out of a job, or they lied to us.

Elliott, it was the product of a generous quantity of dishonesty and incompetence. From the Big Cod on down we've seen seriously incompetent military leadership. The soldiers and junior officers acquitted themselves splendidly but were failed repeatedly by their commanders.

Who sends a miniscule force of 2,500, out of which you might muster 1,000 combat troops on a good day, to defeat insurgents in a province as vast and populous as Kandahar?

At the time he duped Martin into approving the Kandahar gig, Hillier boasted to the press that we were going to kill insurgent 'scumbags' that he estimated at 'a few dozen' in number.

It speaks volumes that, when a few dozen turned into thousands, our force strength remained static. As the threat multiplied exponentially we did nothing to reinforce our people. Who does that?

To Harper it was never more than an opportunity to milk every last drop of political capital he could extract from the dead and broken bodies of the wounded. The generals stood by and applauded.

Not one general was demoted or forced to resign. Not one.

"These nebulous, little wars rarely, it seems, turn out well."

The big ones with concrete objectives tend not to be a barrel of laughs either.