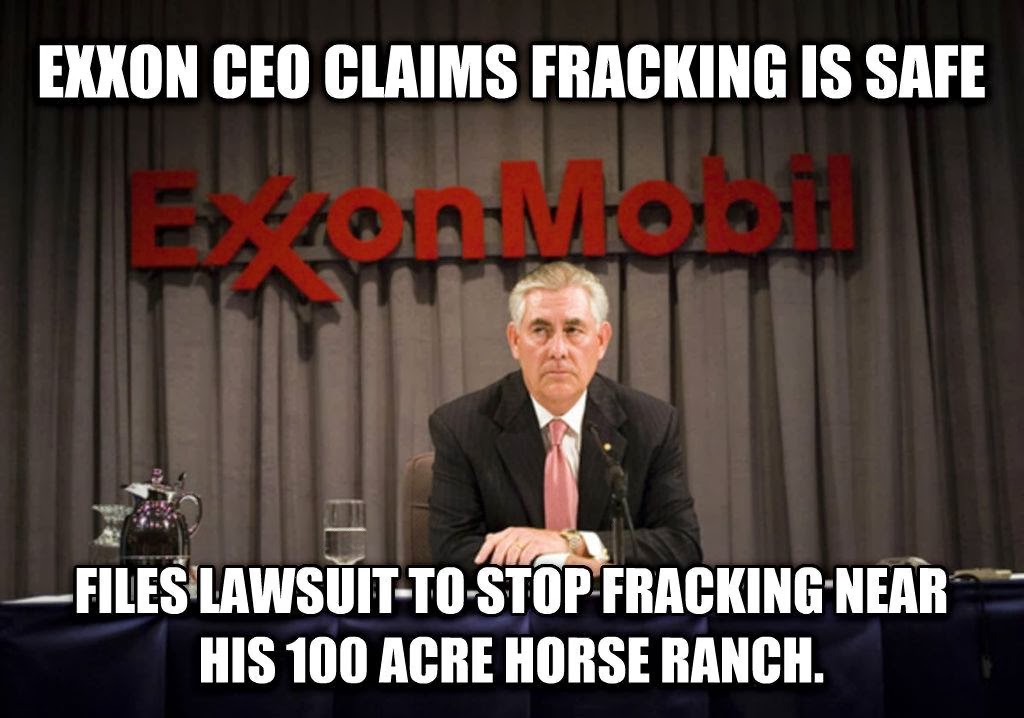 Rex Tillerson has joined the fight against fracking in Denton, Texas.   That's a little upscale spot where Tillerson happens to live.

The story broke on February 20 in the Wall Street Journal in an article entitled: "Exxon CEO Joins Suit Citing Fracking Concerns: Residents of Dallas Suburb Fight Construction of Tower That Would Provide Water for Drilling." As noted in a piece posted on Truthout in December of 2013, Denton is a hotbed of fracking activity.  This has resulted in a citizen revolt against all the threats that fracking poses: toxic chemical use, acceleration of global warming, air pollution, water pollution, earth tremor risks, noise, airborne debris, bright night lights and more -- much more.

You can be sure that the CEO of ExxonMobil is a promoter of fracking, just not in his backyard in his estate just outside of Denton (but within Denton County). As a local ABC affiliate reported:

Rex Tillerson has joined a lawsuit to stop construction of a water tower near his $1.3 million estate on Dove Creek Road. That water would be used in fracking, a process to drill oil and gas.

Tillerson even appeared at a Bartonville Town Council meeting to speak against it.

Tillerson, of course, has a reputation for being a straight shooter, speaking his mind. 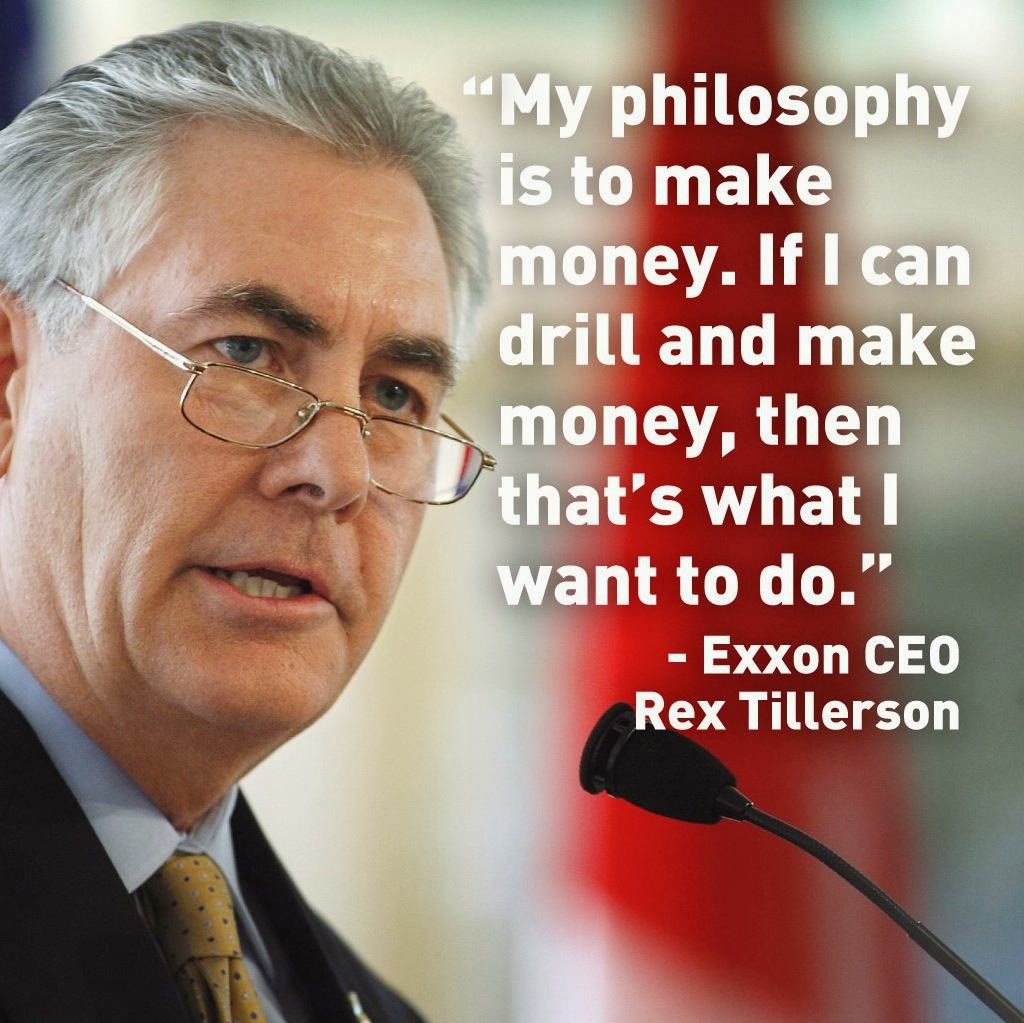 Don't let reality get you down, Rex.  You have money, lots of it, and money talks.
Posted by The Mound of Sound at 9:17 AM

Right up there with Dallas passing laws to keep fracking out of their City.