Reflections on Living Under a Secrecy-Obsessed Government 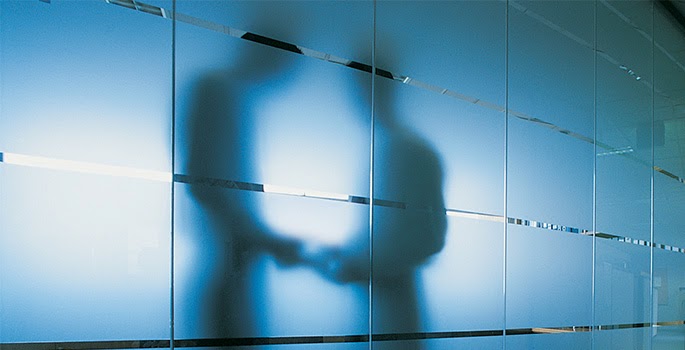 One of the most odious aspects of Stephen Harper's nature is his penchant for secrecy and the suppression of information.  We've become almost acclimated to it. far too much so.  Here, for your contemplation, are reflections on secrecy beginning with Lawrence Martin.

“As opposition leader, [Stephen Harper] wrote in the Montreal Gazette in the year before he came to power: 'Information is the lifeblood of a democracy. Without adequate access to key information about government policies and programs, citizens and parliamentarians cannot make informed decisions and incompetent or corrupt governments can be hidden under a cloak of secrecy.'

When he became prime minister, his attitude appeared to undergo a shift of considerable proportions. It often took the Conservatives twice as long as previous governments to handle access requests. Sometimes it took six months to a year.”  - Lawrence Martin, Harperland: The Politics of Control


Every thing secret degenerates, even the administration of justice; nothing is safe that does not show it can bear discussion and publicity. - Lord Acton

The liberties of a people never were, nor ever will be,  secure, when the transactions of their rulers may be concealed from them.    - Patrick Henry

A popular government, without popular information, or the means of acquiring it, is but a prologue to a farce or a tragedy; or, perhaps both.  - James Madison, 1832

I believe that a guarantee of public access to government  information is indispensable in the long run for any democratic society.... if officials make public only what they want citizens to know, then publicity becomes a sham and accountability meaningless.   - Sissela Bok, Swedish philosopher, 1982
Government ought to be all outside and no inside. . . . Everybody knows that corruption thrives in secret places, and avoids public places, and we believe it a fair presumption that secrecy means impropriety.  -         Woodrow Wilson
Secrecy, being an instrument of conspiracy, ought never to be the system of a regular government.
-     Jeremy Bentham
“We are not afraid to entrust the American people with unpleasant facts, foreign ideas, alien philosophies, and competitive values. For a nation that is afraid to let its people judge the truth and falsehood in an open market is a nation that is afraid of its people." - John F. Kennedy
“Allowing ourselves to become a nation of silent, secretive, timid citizens is likely to result in a system of democracy and justice that is neither very democratic nor very just.”  - Dahlia Lithwick
“There is not a crime, there is not a dodge, there is not a trick, there is not a swindle, there is not a vice which does not live by secrecy.”   - Joseph Pulitzer
“I have no doubt that the nation has suffered more from undue secrecy than from undue disclosure. The government takes good care of itself.” - Daniel Schorr
“Congress may carry on the most wicked and pernicious of schemes under the dark veil of secrecy. The liberties of a people never were, nor ever will be, secure, when the transactions of their rulers may be concealed from them.”  - Patrick Henry

I have detested Harper since I learned, the Canadian Neo-Nazis donated to Harper's Alliance in 2002. Then there was? Harper was Policy Chief for his, Northern Foundation of 1989. Harper was linked with Christian Fundamentalists, among some other very dubious links.

Harper has lied to and mislead Canadians, very, very badly. Harper has reneged on every promise he has ever uttered.

Hey Mound, remember me saying the "big changes" would be coming when China introduces a gold-backed Yuan?


OBAMA '08
BARACK OBAMA: CONNECTING AND EMPOWERING ALL AMERICANS THROUGH TECHNOLOGY AND INNOVATION
* Protect the Openness of the Internet
* Encourage Diversity in Media Ownership:
* Protect Our Children While Preserving the First Amendment
* Safeguard our Right to Privacy
* Open Up Government to its Citizens: The Bush Administration has been one of the most secretive, closed administrations in American history. Our nation’s progress has been stifled by a system corrupted by millions of lobbying dollars contributed to political campaigns, the revolving door between government and industry, and privileged access to inside information—all of which have led to policies that favor the few against the public interest. An Obama presidency will use cutting-edge technologies to reverse this dynamic, creating a new level of transparency, accountability and participation for America’s citizens. . .