A Must Read - Why America Is Not in Decline, Except at Home. 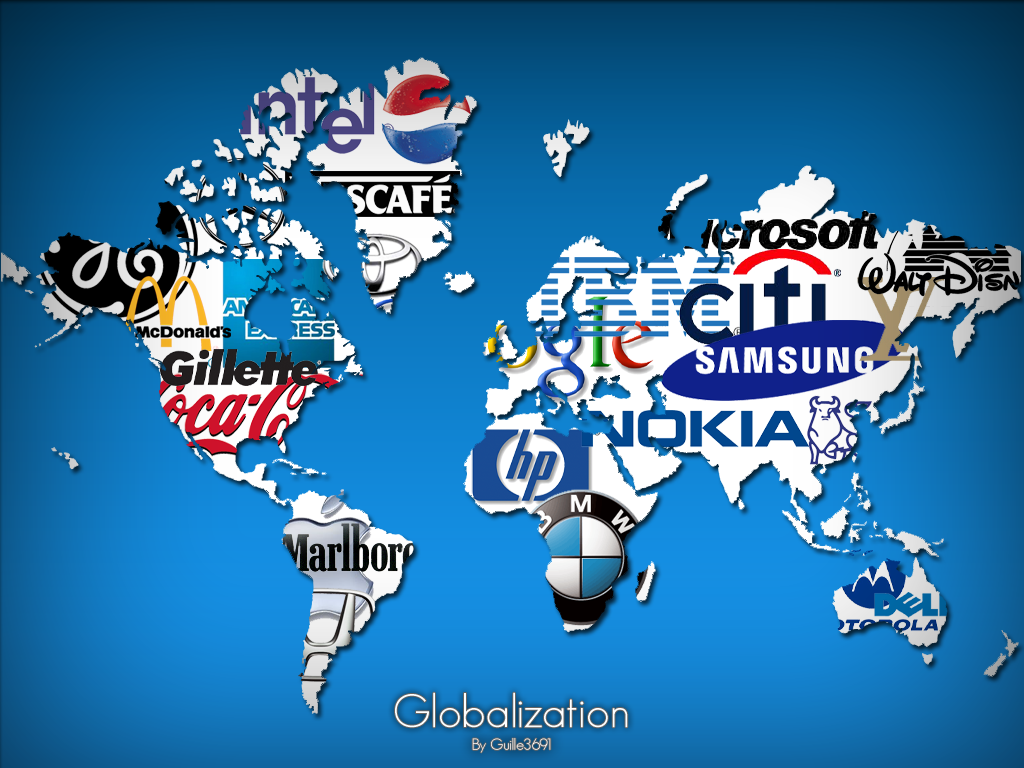 America hasn't really declined.  America simply went global and, in the process, turned its back on working-class Americans, blue and white collar.  A globalized America is an America of the 1%.  The rest who still believe are suckers.

That's the premise of a fine essay in Politico by Sean Starrs, a PhD student at York University.

The author argues that Americans see decline when they're in fact witnessing the impacts engineered into globalism.  America, or at least one segment of it, is actually doing very well indeed.  He contends we're getting deceived by now obsolete metrics.

The traditional way of conceptualizing national power is to look at so-called national accounts — most of all gross domestic product, but also balance of trade, national debt, world share of manufacturing, etc. — relative to other nations or the world. So when Japanese GDP was rising rapidly from the 1960s to the 1980s, people equated this with the rise of Japanese economic power. This made sense in the era before globalization, when production was largely contained within national borders and firms would export their goods and services to compete abroad. So when made-in-Japan radios began flooding the American market in the 1960s, this was reflected not only in increasing Japanese GDP and exports but also in the increasing capacity of Japanese firms like Sony to outcompete American firms like RCA.
But in the age of globalization, as the world’s largest transnational corporations now have vast operations across the globe, this equation between national accounts and national power begins to break down. China, for example, has been the world’s largest electronics exporter since 2004, and yet this does not at all mean that Chinese firms are world leaders in electronics. Even though China has a virtual monopoly on the export of iPhones, for instance, it is Apple that reaps the majority of profits from iPhone sales. More broadly, more than three-quarters of the top 200 exporting firms from China are actually foreign, not Chinese. This is totally different from the prior rise of Japan, propelled by Japanese firms producing in Japan and exporting abroad.

In the age of globalization, then, the rise of Chinese national accounts could actually reflect the power of foreign transnational corporations, and we cannot know simply by looking at national accounts. Another example is the Chinese auto market, which has exploded to become the largest national auto market in the world since 2009. But again, in the age of globalization, this does not at all mean that Chinese firms are world leaders in automobiles. In fact, Chinese firms can’t even compete within China, let alone abroad. There are more than 100 Chinese auto firms, and despite decades of state subsidies and protection, their combined market share in China is less than 30 percent. Foreign firms, dominated by General Motors and Volkswagen, make up the rest.

So this is what I do in my research, some of which is published in International Studies Quarterly. I analyze the world’s top 2,000 corporations as ranked by the Forbes Global 2000, organize them into 25 broad sectors and then calculate the combined profit shares of each nationality represented. The extent of American dominance is stunning. Of the 25 sectors, American firms have the leading profit share in 18, and dominate (with a profit share of 38 percent or more) in an astounding 13 of these sectors — more than half. No other country even begins to approach this American dominance across such a vast swath of global capitalism. Only one other country, Japan, dominates a single other sector (trading companies), which happens to be one of the smallest of the 25. By contrast, American firms particularly dominate the technological frontier, including a whopping 84 percent of the profit share in computer hardware and software (despite China becoming the largest PC market in the world in 2011), 89 percent of the health care equipment and services sector and 53 percent of pharmaceuticals and biotechnology. Perhaps most surprisingly, American dominance of financial services has actually increased since the 2008 Wall Street crash, from 47 percent in 2007 to an incredible 66 percent profit share in 2013. In short, despite almost seven decades of increasing global competition and the rise of vast regions of the world (most of all East Asia), American transnational corporations continue to dominate the pinnacle of global capitalism, a phenomenon that national accounts miss.

But if we now live in the age of globalization and these companies operate all over, then can we really count them as American power? Yes, because they are still ultimately owned by American citizens — of the top 100 U.S. transnational companies, on average more than 85 percent of their shares are owned by Americans. Thus, an incredible 42 percent of the world’s millionaires are American (as opposed to 4 percent Chinese), and more than 40 percent of the world’s household net worth is based in America. That the global share of U.S. GDP has declined to less than a quarter since the 2008 crash simply reveals how global American corporate power has become.
But this also drives increasing inequality in the United States, one of the defining issues of our age, from Occupy Wall Street to “The Hunger Games” to President Barack Obama’s 2014 State of the Union address. This is because the top 1 percent own 42 percent of Big Business, and as the latter increases its global power, so too does the wealth of American asset-owners — and thus inequality. But we cannot understand this fact without rethinking national power in the age of globalization, and understanding that U.S. power hasn’t declined — it has globalized.

At reader Richard's suggestion, here is a link to a complimentary post, "The Deep State", an essay that explores how power in America has transitioned to a new order, a merger of corporate and political power that circumvents most of Pennsylvania Avenue and Capitol Hill to direct the affairs of the United States.

This is an excellent point, corrects some oversimplified perspectives about US decline and makes for a point of view worth keeping in mind.
I do have a caveat, though. It may oversimplify things in a different direction.
I see two limiting factors to this outlook: Skills and imperialism. On the first front, if a lot of high tech stuff is manufactured and even, at the nuts-and-bolts level, designed in a country, then the people who know how to do that stuff live in that country; in the medium term that will have implications. This is not the first time in history a country has shifted its basis of dominance from manufacturing to finance and ownership. The British Empire did that, shortly before it ceased to be an empire.

Which brings us to imperialism. Part of the point of this globalized approach by American (and other) capital is tax avoidance and, in general, autonomy from the US territorial government. The problem is that US capital depends to a fair degree on US military might to enforce it. But the US tax base and military remains bound to the geographic US. If US transnational capital allows the US to decline at home, US military might will wane and find it harder to enforce the ownership rights of US capital abroad.

Thanks for the compliments, and I like your opening words! Sean

Hi Sean. Fine piece of well-researched writing. I have forwarded it to a prof in England.
You're doing very important work and please don't stop. Good luck in Asia.

@ PLG. I don't know about the imperialism arguments you advance but it is the recurrent history of empires that each eventually gives up the manufacturing base it rode to greatness and financializes its economy while investing its capital into developing the economy of its rival.

Kevin Philips has an excellent discussion of this economic 'hand off' in his 2005 book, "American Theocracy."

Yes and if history can teach us anything your last comment Mound reveals a blueprint of history.

>Usually your rival will rise up to bite you in your a**.

Excellent article, though I wouldn't say "American power" hasn't declined, per say. It has. America is the nation and while yes these folks might be American citizens I do not believe this power in turn is controlled by the U.S. at all.

What I would say instead is the soverign state itself, worldwide, is declining and transnational corporations are rising. Free trade agreements are the trans nationals creating a new, alternative, system of "global governance" and debt is the mechanism of governmental control.

The transnationals looted the U.S. - America, and every nation state is in serious decline. Globalization has lead to global corporatism, fascism, and politicians paid off by these transnationals are trading national sovereignty to them.

Yeah, i've been arguing for a long time that there's a fair bit of resiliance left in the United States economy.

These successful corporate titans are the ones behind the "deep state" you referred me to earlier. And this sort of thing has always been identified by Marxists and other left-wing radicals. That the battles between the bourgeois parties are a sham contest meant to hide the real power behind the scenes while giving people the illusion of choice.

The asinine behaviour of the Repugs and the blatant hypocrisy of the Dems shows us this in technicolor.

But PLG is on to something when he says that the might of US corporations is dependent upon the US military. (The velvet glove on the iron fist of the US military as Thomas Friedman gushed.) To the extent that the US gov't becomes starved for revenues, to that extent is the military threatened.

Furthermore, these guys might be maintaining their profits and market shares, but it's based on export-led development in other countries, which has to be kept in line; by high levels of household debt, and with the largest sector (finance) on direct state subsidy.

Because these masters of the universe are actually ignoramuses, living in a bubble. They're causing immiseration in the rich countries and that's what produced the rampant speculative bubble economy that burst in 2007-08.

The French Revolution started because the King was forced to call the Estates General to deal with a revenue crisis. The nobility and the Church had the money to help their country, but they wanted more power first. Then, things sort of spun out of control, didn't they?

Hi, Richard. Did you read my post on the "Deep State"? It confirms your view of the state of sovereign government, at least in the U.S.

American "power" in the sense of its global hegemony has plainly declined, particularly from the resurgence of Russia under Putin and the ascendancy of China.

Thwap, I think your analysis is solid. As mentioned in that Deep State essay, the plutocrats are blunder-prone and, when they screw up, their instinct is to double down. I'd love to know what the Chinese and Russians make of this circus act.

No I hadn't (been busy and behind on my reading/research), but just read it and yep.. I agree completely. That's exactly what's happening.

I'd almost suggest providing a link to it in this post as it's perfectly complementary.