Obama, Time to Wash Your Hands of Afghanistan 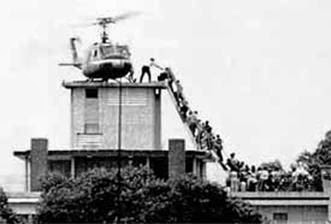 If the United States cannot come up with one scenario in which it would return American troops to Afghanistan in large numbers, it should fold its tent and leave by the end of the year.  Put another way, what does the U.S. think it can achieve in Afghanistan with a meagre force of 3,000 soldiers when it accomplished next to nothing over more than a decade with 112,000 ISAF troops and another 60,000 American soldiers?

Karzai, even though he's on his way out, isn't playing ball with the Americans, refusing to conclude a new bilateral security agreement (BSA).  Perhaps Karzai's successor will be more agreeable but that still doesn't leave the Americans much time if they're to keep the option of a complete departure by the end of 2014.

Maybe this is all a matter of optics.  Nobody in Washington, either on Capital Hill or the Pentagon, wants to be tagged with another "last chopper out of Saigon" moment.  Yet that's the very scenario they might be creating if they leave behind a face-saving, token contingent that could be run out of the country in the ensuing civil war.

Obama should bear in mind the warning of a British general a century ago:

“When planning a military expedition into Pashtun tribal areas, the first thing you must plan is your retreat. All expeditions into this area sooner or later end in retreat under fire.”

So wrote British general, Andrew Skeen, in the early 1900s in his guide to military operations in the Pashtun tribal belt.

A complete military history of Afghanistan over the entire course of human civilization could probably summed up with the following words printed in a single chapter on a single page:

Do yourself and them a favour and stay home.

What is today called Afghanistan was home to no fewer than 3 major tributaries of the Silk Road. That brought so many ethnically and racially diverse groups into the South Asian/Caucasus region. Pashtun, Uzbek, Tajik, Hazara, Turkmen and more. East Asian, South Asian (Pashtun and Baloch), Persian, Caucasian, Turk and Arab. It's like herding cats. It's virtually ungovernable for very long.