The Stench of Fear 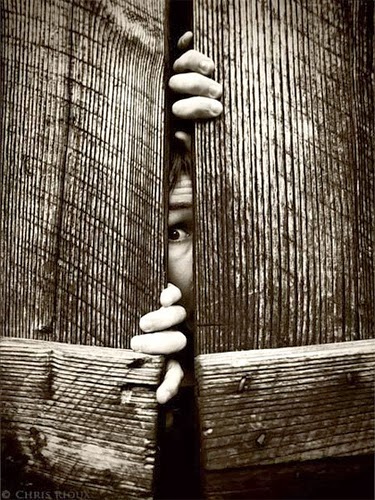 The smell of fear is real.  It's detectable.

It is said that higher predators can detect it and it triggers them to attack.  Even if they can't smell it, they can surely read it in how we behave.  You encounter a cougar, turn and run, that cougar will be coming for you.  Chances are, showing that cougar your back will be your very last mistake.

In America, the rich folks seem to be on the verge of turning their backs and fleeing.  The smell of fear is definitely in the air.  AlterNet's Lynne Stewart Parramore lists five signs that America's one percenters are losing it.

She writes that the uber-rich have been coming out of late complaining about how beset they feel, how they're like Jews at the hands of the Nazis.  They're doubling down on the line about how they're the job creators, the very engine of the American economy.  They now have 'wealth psychologists' to nurse them through their affluence burden.  They hire coaches to help their kids with 'sudden wealth syndrome.'  Their kids slaughter plebs and escape punishment with the defence of 'affluenza'.  They're barricading themselves in to insulate themselves and their wealth from the great unwashed.  America now has more private security guards than teachers and "guard labour" is a booming segment of working America.  Finally, they're spending their money like there's no tomorrow from $300 hamburgers to $5,000 Evian water baths.

All of this behavior leads us to believe that the rich are getting a little nervous about all that cash they're hoarding, and how they got it. Maybe burying yourself alive in a bunker with an open line to your wealth therapist is the only thing left to do.

What awaits these people when the masses catch the scent of their fear and turn predatory?  I can't hardly wait.

I'm sure they're not sleeping well, Mound -- and that's the way it should be.

I'll bet, Owen, that they're already at work on ways to suppress unrest well before the unwashed can get at them. Then again, as Hedges writes, uprisings are spontaneous and not conveniently ordered by timetables.

Homeland Security apparently has huge stashes of weaponry, presumably in case of massive unrest in the "Homeland".

I know they have military units on standby now to do what they're not, by law, permitted to do, use force against American civilians to quell unrest. Kent State was a long time ago and I'm not sure Americans in uniform would still be willing to open fire on fellow Americans.

Let 'em hide in their gated communities; it'll be easier to find 'em that way when we start calling in airstrikes...

I guess I won't be shopping at Home Depot anymore. As a non practising Catholic, he just dissed the best Pope we've had in my lifetime.

Sorry, ginger, but I don't get the Home Depot reference. As for your Pope, yeah, he's pretty cool.