This Is Going to Trash Real Estate Prices 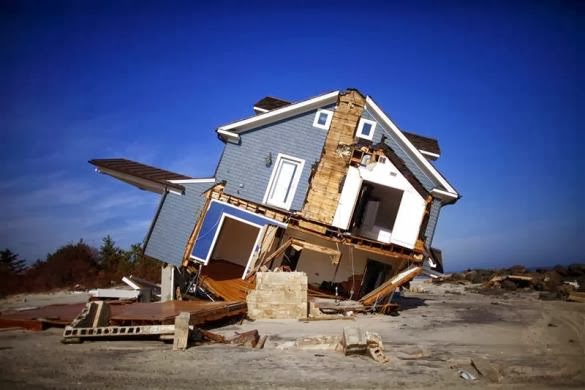 Starting this year, buyers shopping for a nice coastal dream home in the U.S. will be able to consult 'storm surge maps' produced by the National Oceanic and Atmospheric Administration (NOAA).  That is, unless Congress kills this idea before it came come to pass.


Starting this 2014 hurricane season, NOAA’s National Hurricane Center will begin issuing an experimental graphic, Potential Storm Surge Flooding, whenever a hurricane or tropical storm creates a threat of rising water from wind. It will be found on their website. You’ll see a similar version on WKRG-TV News 5 when a storm threatens our area. Using a color scale of blue on the low end and red on the high end, the graphic shows potential, not guaranteed, height of water above ground level in areas and neighborhoods in storm surge zones. This potential is different for every storm that comes near us.
Like many new products from NOAA, this one may be later modified to improve how it is received and interpreted by the public and other government agencies. The experimental period is two years.
Here's a sample storm surge map for Cape Coral-Fort Meyers, Florida.  If you're in the market, you might want to pass on those red and yellow areas. 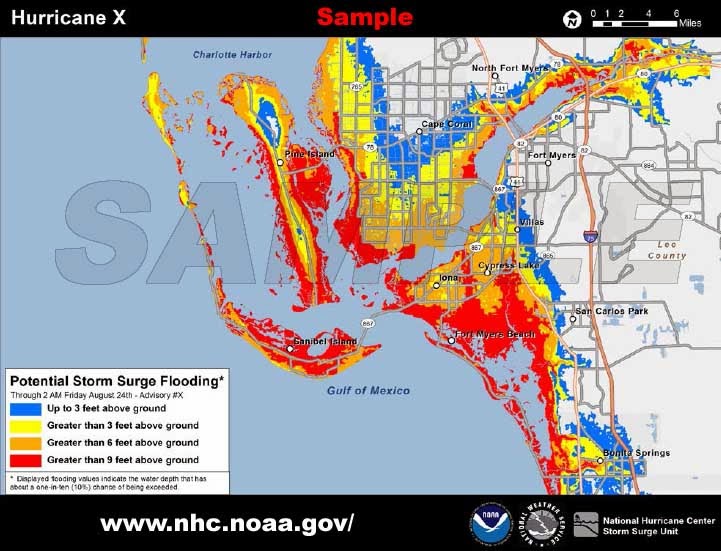 From New Jersey to Louisiana this is bound to send state legislators and governors howling.  There's a lot of very affluent folks who own property in those waterfront areas.  They're already looking at major property value losses from massive increases in U.S. government flood insurance premiums and maps like these can only make that worse.
I expect New Jersey governor Chris Christie will burst straight out of his double-wides over this.  After all he just defied every sea level rise/storm surge warning to spend massively to restore the Jersey shore.
Posted by The Mound of Sound at 9:07 AM

Do a Google image search for house jacking in New Orleans or New Jersey.

Hi, JtL. This is actually under consideration for homes in Richmond, B.C. Much of that city is below sea level, sitting on alluvial sand planes that is vulnerable to liquefaction during a seismic event. You go into your backyard, dig down two feet and you get sea water.