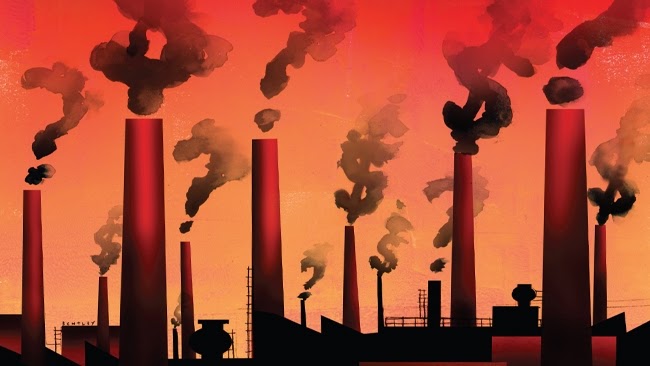 Don't kid yourself, they're costing you plenty too.

The U.S. government has run the numbers on the social costs of carbon emissions to Americans.

Climate change impacts - from more extreme droughts and floods to effects like crop losses and sea-level rise - are costing Americans $37 per tonne of carbon dioxide released into the atmosphere, according to an updated estimate by the U.S. government.

Gernot Wagner, a senior economist with the Environmental Defense Fund, another green advocacy group, said such omissions mean the cost “can only be seen as a conservative or lower-bound estimate”.

It's hard to know quite what to make of this methodology.  CO2, of course, is released into the atmosphere so it will have impacts not just in the United States but in every country to some degree.
Posted by The Mound of Sound at 4:46 PM

I wonder what this means. Is it, like, comparing current emissions to current weather events, taking the tons and dividing them by the costs? Because we know the costs of a ton of carbon today will be felt over quite a few years from now and those costs are escalating. I don't see how a cost like this could avoid being awfully low.

I was left as perplexed as you on this PLG.