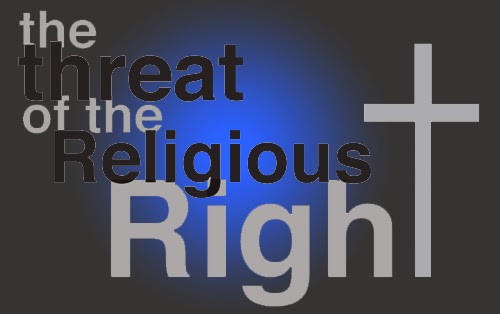 What do Arizona governor Jan Brewer and Uganda prez Yowari Musevini have in common?  They both preside over homophobic governments oppressive to gays.

Brewer is widely expected to sign into law a bill that allows discrimination against pretty much anybody who strays too far from the dictates of Christian fundamentalists.   Her Ugandan counterpart, Musevini, has approved a law imposing tougher penalties on gays.  Musevini has stopped short of approving a bill that would introduce the death penalty for homosexuality but that may become irrelevant.

Uganda, whipped up by the exhortations of American Christian fundamentalists, has turned rabidly anti-gay.  And now the local newspaper, Red Pepper, has published a list of names of 200-prominent gay Ugandans.  I wonder what that's all about?

Homosexual acts were already illegal in Uganda, but the new law bans the promotion of homosexuality and covers lesbians for the first time.


In 2011, Ugandan gay activist David Kato was killed in what rights activists said was a homophobic attack.

His name had appeared on a list published by the now-defunct Ugandan Rolling Stone magazine, calling for the execution of gay people. 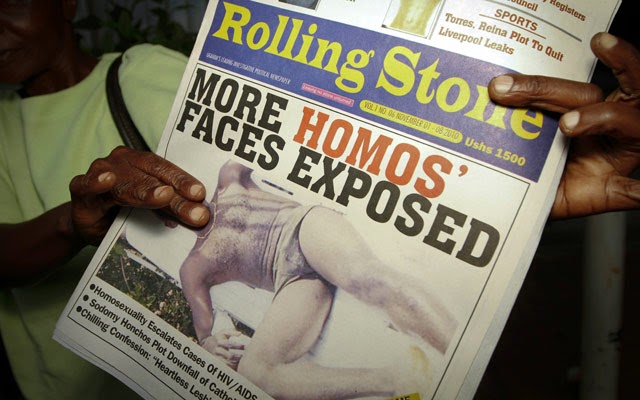 U.S. state secretary, John Kerry, says his government will review its foreign aid to Uganda that currently totals $400-million annually.  Sweden, the Netherlands, Norway and Denmark are cutting off their aid to the Musevini government. 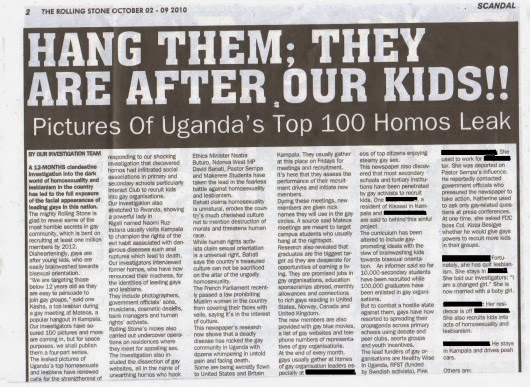 I wonder how long we'll have to wait to hear from Sideshow Steve Harper.

Religious fundamentalism is a dangerous disease whether it's Christian or Muslim, Jewish, Hindu or whatever.

Oog.
Uh, you got a typo--"Uganada" in the title and once in the body.

A Freudian slip, perhaps? Thanks

So, the American Taliban has successfully exported it's terror. They must be proud of themselves.