See If This Doesn't Put You in a Mind To Revolt 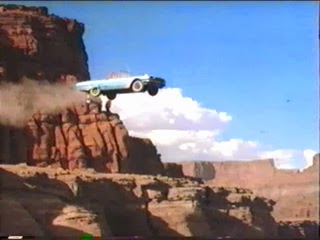 I watched the documentary Revolution that's now airing on Movie Central (yeah, I know, pay tv - hey, it's the only way I can get HBO).  It's not enjoyable to watch, anything but.  It is, however, a real wake-up call and a powerful instrument for recalibrating one's moral compass.

One point stood out among all the others - that no civilization can survive if it destroy's nature's life support systems.  The point was made, as I have done countless times here, that mankind is destroying and exhausting the very support systems that we depend upon to live.  Deforestation, the destruction of our forests.   Desertification, the exhaustion of once productive farmland and the transformation of that land into sterile desert.  Species depletion and exhaustion, notable in the collapse of global fisheries and the relentless devastation of biodiversity.  Resources depletion and exhaustion, particularly our rapid and relentless overconsumption of our freshwater resources and the draining of our fossil aquifers.  The contamination of our air, our soil and our water in ways and at rates far beyond the environment's natural ability to cleanse them.

Only a society or a civilization gone mad could embrace, simultaneously, so many self-destructive practices.  These things are simply not survivable.

Why is this happening?  One clue came from another point in the documentary.  Of our world's 100 largest economies, 51 are corporations.  Let that rattle around inside your skull for a few minutes.  We know that economies influence, even shape, other economies.  The Canadian economy, for example, is heavily influenced by the American economy.   The Chinese economy influences just about every other national  economy and many of the corporate economies in the world.  Does anyone believe these enormous corporate economies, that often operate in lockstep, aren't influencing, perhaps even steering the litany of self-destructive behaviours listed in the second paragraph above?

After watching Revolution it was apparent that we're not going to be able to avoid a fight for the survival of future generations.  We have to face facts.   The corporations and the political apparatus in their service stand against us and will, if we let them, defeat us.  They have no intention of stopping those self-destructive behaviours because, at an operating level, they don't share our interest in survival.  Whether it's Stephen Harper, Joe Oliver or the Koch brothers (Hermann und Dieter),  Enbridge or BP or any of the banks and investment houses that support them, they don't have your back, they're on your back and they're not going to let go until you throw them off.

Harper keeps hammering home the same point - as far as he's concerned it's all about the economy.  Any CEO of a major multinational would tell you it's all about his corporation's economy.   Is it any wonder we are beset by this powerfully undemocratic merger of political and corporate power?

It's not survivable.  As long as these people have the wheel, we're headed full-bore for a Thelma & Louise moment.  It's time we got out of the back seat and took over the front seat.

Is it Rob Stewart's Revolution? If so I wrote about it when it first came out on a different movie blog I update sporadically. Yup, it's a mess.

Hi, Marie. Yes, one and the same. I enjoyed your review. Thanks for the link. I wish I had Stewart's confident optimism but I don't. As one of his interview subjects said, by the time we're actually spurred to serious action we'll probably have long since passed the point of no return.

It sort of reminds me of Springsteen lyrics - Born to Run.

So-called "rebels" have to start thinking seriously about translating analysis into action.

I've proposed using our present law-making/rights bestowing apparatus to give workers democratic rights within their workplaces.

The greater stability of the social-economy will allow for a sane and rational expansion in the powers of a democratically controlled state to transition the economy from profit-consumerism to something more environmentally and humanly sustainable.

Other people argue that voting for a pro-corporate party with nicer rhetoric, or for a party that imagines it can impose green policies on the present power structure, or smashing windows and publishing online manifestos, or petitioning mass-murderers, or etc., .. oh yeah, a workers' revolution that hasn't started yet, ... those are other options.

As I understand it, PLG, you want to legislate what, until now, was supposed to be won through collective bargaining. I think this one-size-fits-all, labour versus capital arrangement would have to be confiscatory at some point and would make it difficult to prevent violence. And I think we both know that creating the conditions where your idea would even be considered would be a very long journey.

Uh, MoS, I hadn't commented. You're talking to Thwap, I think?

Sorry, PLG, you're right. My mistake.

Certainly it would be a long journey. But shorter than any of the alternatives.

This couldn't be achieved through collective bargaining. It needs the authority of the state behind it. And it has to happen all at once, in every workplace.

Outline for me a serious alternative and how long you would expect it would take to implement it.

How does a state transition into the point where it imposes this sort of order? Does it suspend the constitution, declare martial law, imprison the opposition and round up dissidents? I fear the way the order you envision, Thwap, would have to be enacted would leave us a very dark and diminished place indeed. I would stand against it and I would definitely fight back.

You have some sort of distorted picture of what I'm talking about which causes you to say such alarmist things.

It's very much within the liberal (note the small "l") paradigm. It recognizes the humanity of people within their places of work.

1. The right of return - Just like Canadians cannot be exiled, workers cannot be involuntarily removed from their workplaces.

3. Right to free speech - Workers can speak their minds without fear of reprisals

5. Policy rights - workers can vote on company policies (this is very much what happens at Mondragon in Spain)

Think about it. Imagine if management decided to punish a government for imposing carbon taxes on them and proposed moving the company to another country. they'd have to get the approval of the local workforce, which would obviously not be forthcoming.

I'll do a post about it on my blog tomorrow or very soon.

You can also try reading this: