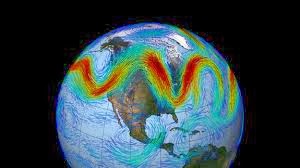 We're just two months into 2014 and already the world is being tossed by severe weather events of almost every description in almost every corner of the planet.

According to the UN's World Meteorological Organisation (WMO), which monitors global weather, the first six weeks of 2014 have seen an unusual number of extremes of heat, cold and rain – not just in a few regions as might be expected in any winter, but right the way around the world at the same time, with costly disruptions to transport, power systems and food production.

"Melbourne, Adelaide and Canberra have all had record heatwaves, while temperatures in Moscow were 11C above normal. Germany and Spain were 2C above normal for January and this month has seen so far six major depressions develop over the Atlantic," said the WMO in its latest assessment of world weather.

"Both equatorial and polar regions have experienced extremes. There has been unusually heavy snowfall; in the southern Alps, monthly temperatures were extremely high; from eastern Mongolia to eastern China and in the southern hemisphere, Australia, Argentina and Brazil have experienced extended heatwaves. The unusually cold weather in the eastern US coincided with severe storms in Europe," it says.

"We need more time to assess whether this is unusual [on a global level] but if you look at the events in individual regions, like the heatwave in Australia or the cold in the US, it looks very unusual indeed. Next month we will publish a major report showing the likelihood of extreme heatwaves is increased 500% [with climate change]."

There is no connection between northern and southern hemisphere phenomenon, says Baddour, but the intense cold and heatwaves in the northern hemisphere appear to be linked by "planetary waves", or giant meanders in high-altitude winds like jet streams.