About that Polar Vortex. 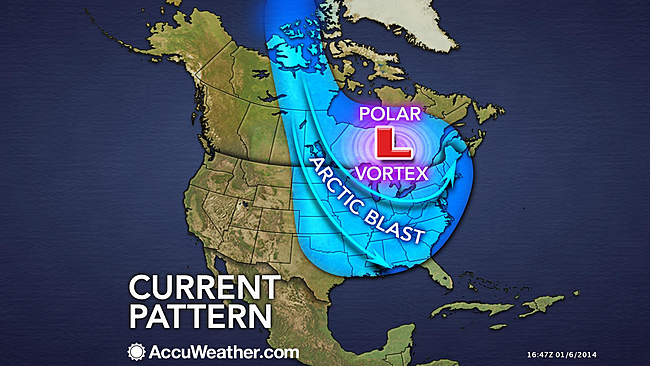 The first settled and most heavily populated parts of the United States and Canada are, of course, in the east.  That's why, when a major weather event sweeps everything east of the Mississippi, there's a tendency to inflate its significance. A case in point, the polar vortex that plunged the east into a deep freeze in January.

The National Oceanic and Atmospheric Agency has run the January temperature numbers.  Guess what?  January, for the U.S., was an 'average' month, an average January.  How can that be?  Well that's because you in the east were too hunkered down, huddling for warmth, to notice what was going on in the west.

The cold conditions of the east were offset by unduly dry, hot conditions in the west.  Six of one, half a dozen of the other.


NOAA’s national overview for January 2014 is out, and the results might surprise you … if you live in the eastern half of the U.S. Yes, those in the U.S. East this year have been shivering and digging out from under mounds of snow. On January 6, 2014, alone, approximately 50 daily record low temperatures were set, from Colorado to Alabama to New York, according to the National Weather Service. In some places temperatures were 40 degrees Fahrenheit colder than average. According to NOAA temperature data for the month of January 2014, however, the average temperature for the U.S. as a whole was about normal. That’s because a warm U.S. West balanced a cool U.S. East.
Overall, the average temperature for January 2014 in the U.S. was 30.3 degrees, only one-tenth of a degree below normal for the month. That makes January 2014 in the continental U.S. the 53rd coldest of 120 years of record-keeping, according to the National Oceanic Atmospheric Administration.
Remember, the same day that Atlanta froze solid, the little town of Seward, Alaska basked in a balmy 61F.  That's Seward as in Alaska as in January.  So, you see, Seward, way up in Alaska, was enjoying the same temperatures that Atlanta, way down south in Georgia, might expect to see in January.  Sort of same-same, only different.
---

I had an e-mail exchange with Ian Eisenman of UC Santa Cruz, lead author of the newly-released study of Arctic 'darkening' or albedo.  Using satellite data, Eisenman showed that the model-based projections were underestimating the darkening from loss of Arctic sea ice by a factor of two to three times, an error that produced a number of knock on miscalculations.   Eisenman's research seems to corroborate other science that suggests these harsh winter conditions in the east may become far more common.  Don't chuck out that old parka prematurely.
Posted by The Mound of Sound at 8:29 AM