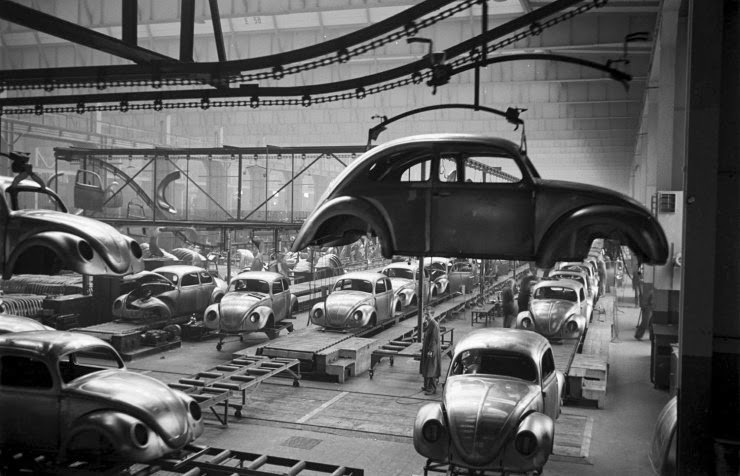 Wrap your head around this idea.   Volkswagen AG has a labour panel - 20 members, half-management, half-labour.  The panel has to approve any plant closures or plant expansions and, right now, the panel has about had it's fill of America's anti-union, southern ways.

Last week in Tennessee, federal, state and local politicians ganged up to intimidate workers at the VW plant there into voting against establishing a union.  They shamelessly exploited workers' insecurity with scare tactics about how VW wouldn't expand and how the southern auto industry would collapse if the union was voted in.   Volkswagen not only remained neutral on the union campaign but openly refuted the scare tactic claims as lies.

The other shoe has dropped.  Volkswagen, you see, prefers its workers unionized.  It suits the company.  It finds that a factory 'works council' sorts out problems, improves labour relations and productivity.  Those Germans have this weird idea that management and labour can work cooperatively.

Now the chief labour spokesman of the company's workers' panel has lashed out at the old boys of Tennessee and their Deep South ways.

"I can imagine fairly well that another VW factory in the United States, provided that one more should still be set up there, does not necessarily have to be assigned to the south again," said Bernd Osterloh, head of VW's works council.

"If co-determination isn't guaranteed in the first place, we as workers will hardly be able to vote in favor" of potentially building another plant in the U.S. south, Osterloh, who is also on VW's supervisory board, said.

The 20-member panel - evenly split between labor and management - has to approve any decision on closing plants or building new ones.

Osterloh's comments were published on Wednesday in German newspaper Sueddeutsche Zeitung. A spokesman at the Wolfsburg-based works council confirmed the remarks.

"The conservatives stirred up massive, anti-union sentiments," Osterloh said. "It's possible that the conclusion will be drawn that this interference amounted to unfair labor praxis."

Kind of makes me proud to own a Volkswagen.