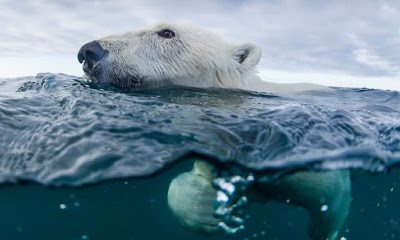 The polar bear population of Labrador is thriving and the credit goes to the collapse of the region's harp seal hunt.

There are more than 2,500 polar bears in the vast coastal area that includes Labrador and northern Quebec, according to Environment Canada – far more than was expected earlier in the millennium – and further signs the bears continue to rebound despite the impacts of climate change.

Indeed, although scientists and Inuit sometimes clash over the estimates, the polar bear population of coastal Labrador is among the healthiest in the world.

The reason, biologists suspect, is the boom in the harp seal population. As Newfoundland’s seal fishery has collapsed under international pressure, the harp seals of the north-west Atlantic have proliferated. They now number about 7.4 million animals – more then seven times the population in the 1970s.

That has created a veritable feast for Labrador’s polar bears, who have shifted their diet from ring seals to their more southerly, promiscuous cousins.

“They jumped on the harp seal boom,” Goudie said. “They appear to have adapted for this moment in time … We’re seeing them further south than in the past.”

This sounds like an isolated situation but it's not. Humans are going to have to give up or restrict some of our practices that may impede the survival of wildlife.

There are many on the west coast who question BC's annual herring roe harvest. Now, with new species coming into our waters from the warming south, it might be time to consider what these whales, dolphins and fish will have to eat. They will probably need more herring, a lot more, and perhaps we should curb our harvesting of this essential marine feed stock.

All of us, in every country, must also begin relinquishing habitat needed for the survival of other forms of life, the building blocks of diversity. We have reached the point that we have to accept that, if they don't make it, we don't make it.

.. be sure to follow Andrew Derocher, Mound
He's been working the polar bears, clipping them
with tiny ear mounted transmitters
and tracking them

I think he's been on the case since early 70's

It is through our regard for nature that we are defined, Mound. Some people make extraordinary efforts to protect it, while others exploit it for their own profit.

Aww Gees! Does your message mean, we Canadians are going to have to live a more sustainable life? Gee-Wizz, I can hear all the crying now. There are those of us who try to protect our environment while others destroy it. There is an ache in many of our hearts. Anyong.