Well Liberals, You're In the Bitumen Business Now 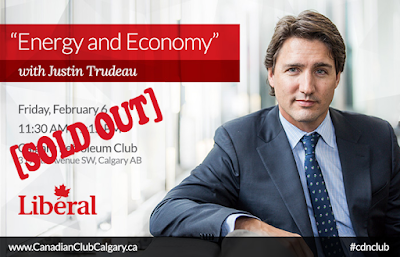 The Trudeau government has bought out Kinder Morgan. $4.5 billion. Canada is now a player in all things Tar Sands.

No private sector buyer was interested in picking up the Trans Mountain pipeline but it was important enough to Trudeau and whatever narrow interest he's representing to use government funds, probably your pension money, to handcuff your country to that dead hooker.

It's the culmination of a process that has been built on lies and massive deceit ever since Trudeau campaigned in the 2015 election. Stepford wife Liberals, the party's rank and file, were said to be immensely pleased with their little Justin.

I am in a state of rage, Mound. When, o when, will Canadians wake up to see the true nature of the party they elected?

I'm also angry. Gee, I though Harper was an asshole. Trudeau has him beat.

I think a Scheer majority government is the best thing for Canada in 2019. Not because he'll bring any different. But because he'll destroy Junior and the terrible job he did at "rebuilding" the Liberal party.

Prince Charming will go down like Count Ignominious: squeezed out on the left and the right to great humiliation.

Obama and Twinkle Toes had tremendous opportunities to accomplish incredible things at a time when their countries needed them. But they chose to sell out and go down on the wrong side of history. Their absurd foundations will die with them. And their ill-gotten wealth will not be coming with. All that will remain is their shame.

Let's hope the Liberals finally get it through their thick skulls and return to their post-war centrist roots in 2023. Or GTFO!


Lorne, I've come to label the Liberal rank and file as "Stepford wives." Every party has them these days whether Republican, Conservative, Liberal or NDP. Their unquestioning fidelity is what empowers people like Trudeau/Morneau to behave so reprehensibly and with such reckless irresponsibility. Like Demi-Gods they take it upon themselves to proclaim something as harmful as bitumen in the "national interest" as though the saying makes it so. Then they lard that with lies, deceit and double-dealing.

Trudeau makes me pleased that I parted company with the LPC when I did, well before he succeeded Ignatieff. I had always hoped that maybe, someday I would be able to return to the Liberal fold but I have no illusions any longer.

What a debacle! In every sense of the word.

A PM with courage would have told investors to "Eat it!" Eat those goddamned losses!

Now, it's just a game of waiting for the BC government. Wait on the next federal election. There's no way the Libs or the Cons win a majority without BC. And BC will unite on this issue, keeping its current arrangement for the foreseeable future. The people of BC may or may not agree on the pipeline itself, but they can and will agree they won't be pushed around by Ottawa or Alberta.

It's the perfect time for the federal Greens to push the NDP to the left. Get visible in the province. Singh needs to get arrested on the pipeline protest line to match May. If he doesn't, I'll doubt his stated sincerity on opposing the pipeline.

How far will BCers go to stop this pipe? What will Trudeau do to force it through? Are we going to have a big fight out here?


So many questions requiring answers that we won't know until future events unfold. How far will Trudeau go to crush dissent in British Columbia? This could blow up. It could fizzle out. If Ottawa overplays its hand in sweeping opposition aside it could provoke a reaction it won't like. Perhaps that idiot, Carr, will get his way and call in the army. If Trudeau uses excessive force, all bets are off.