A Tipping Point of Amazonian Proportions 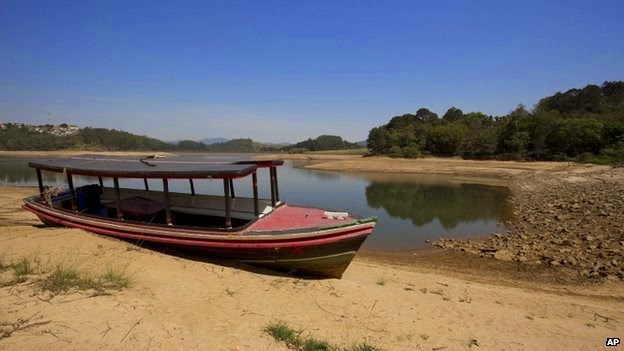 It's the largest and wealthiest city in South America.  With a population of 12-million, Sao Paulo, Brazil, came to be known as "Cidade da Garoa" or the city of drizzle.

The once reliable drizzle resulted from the hydrological cycle of the Amazon rainforest.  It's what made Sao Paulo capable of growing to 12-million.  When the cycle is interrupted, Sao Paulo endures drought.  That's been going on for the better part of a year.  The city's reservoir is 95% empty.  Two weeks ago the mayor sought an emergency order allowing the municipality to drain the final 5%.

Sao Paulo is hanging on by its fingertips.  November usually marks the start of the rainy season.  This year it's also the month in which the city is expected to run out of water.  It's a tense time for the 20-million residents of Sao Paulo state. The news isn't good.


A new report from a researcher at Brazil's Earth System Science Centre concludes that deforestation through logging and burn offs has impaired the ability of the Amazon rain forest to regulate the climate of the region.

The Amazon works as a giant pump, channeling moisture inland via aerial rivers and rainclouds that form over the forest more dramatically than over the sea, the author says. It also provides a buffer against extreme weather events, such as tornados and hurricanes.

In the past 20 years, the author notes that the Amazon has lost 763,000 sq km, an area the size of two Germanys. In addition another 1.2m sq km has been estimated as degraded by cutting below the canopy and fire.

As a result, the report notes, the deterioration of the rainforest – through logging, fires and land clearance – has resulted in a decrease in forest transpiration and a lengthening of dry seasons...

“Studies more than 20 years ago predicted what is happening with lowering rainfall. Amazon deforestation is altering climate. It is no longer about models. It is about observation,” said [researcher Antonio] Nobre. “The connection with the event in São Paulo is important because finally people are paying attention.”

Nobre calls for a “war effort” to reverse the damage and secure the global climate and security of future generations. This would involve a ramped-up effort to immediately halt existing deforestation and a major new project to replant trees.

The report suggests that the Amazon is at risk of being transformed into grassland, savannah.  If that happens, Brazil and her neighbours may have a devastating catastrophe on their hands. 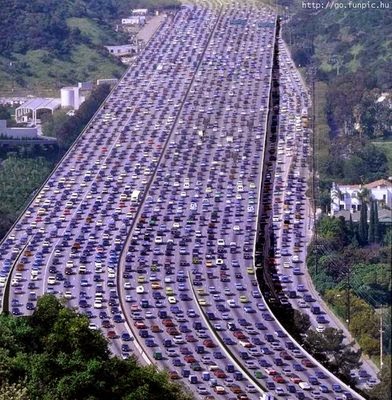 Welcome to the Anthropocene.

Regardless of what they call it, the effects of the earth warming up can be seen by any and all. The people at the top of the power/monetary food chain do know even though they publicly deny. The power and life style that comes from mega billions is irresistible and they won't give up without a fight. They are like the royal houses that refused to accept change until the little people rose in rebellion.

Toby, if you haven't read it already you should check out this item posted today at Canadian Dimension. It confirms your arguments.