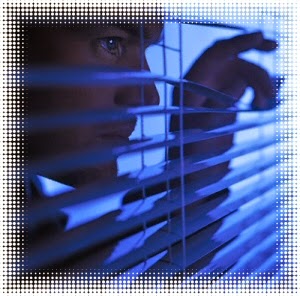 We've learned since 9/11 that the urge to counter terrorists can be a powerful tool to the, well, powerful.  The American people, understandably traumatized by the horrific events of that day, along with their similarly traumatized Congress, gave their president virtual carte blanche  to fight terrorism and keep the homeland safe.

Every shakedown artist knows the value of fear and how it can be transformed into power and even wealth.  You make people afraid and they hand you things, sometimes in plump envelopes at the cash register every Friday.

One thing that a fearful Congress handed the ultimate shakedown artist, Dick Cheney, was the Patriot Act.  These were extraordinary powers derived from the yielding of established rights and freedoms said to be necessary to fight terrorism.

Now it turns out that some of the key powers of the Patriot Act are being used not to safeguard the US against terrorist attacks but in drug investigations.  The Patriot Act is now a component of America's criminal justice apparatus.

One of the more controversial provisions of the post-9/11 terror law, the Patriot Act, was to broaden the "sneak-and-peek" power for federal law enforcement officials. The provision allows investigators to conduct searches without informing the target of the search.

Voters in the US were assured at the time that this was an essential law enforcement tool that would be used only to protect the country from terrorism. Supporters argued that it was critical that investigators be allowed to look into the lives and finances of suspected terrorists without tipping off those terrorists that they were under investigation.

Civil libertarian critics, instead, warned that the federal government already had this power for national security investigations. The Patriot Act provision was far too broad and would almost certainly become a common tactic in cases that have nothing to do with national security.

More than a decade later, the Electronic Frontier Foundation has published an analysis on use of the sneak-and-peek power. Just as critics predicted, it's now a ubiquitous part of federal law enforcement.

Within three years that number jumped to 11,129. That's an increase of over 7000 requests. Exactly what privacy advocates argued in 2001 is happening: sneak-and-peak warrants are not just being used in exceptional circumstances - their original intent - but as an everyday investigative tool.

That's life in the modern illiberal democracy/surveillance state.  It's sort of like reverse don't ask-don't tell.  We won't tell and you had damn well better not ask.

And it would appear, Mound, that the Harper government is determined to give us its own Patriot Act.

I'm pretty sure he's already implemented something along those lines, Owen, even if it hasn't been legislatively enacted.