Mulcair is Shocked. I Don't Believe Him, Not For a Minute. 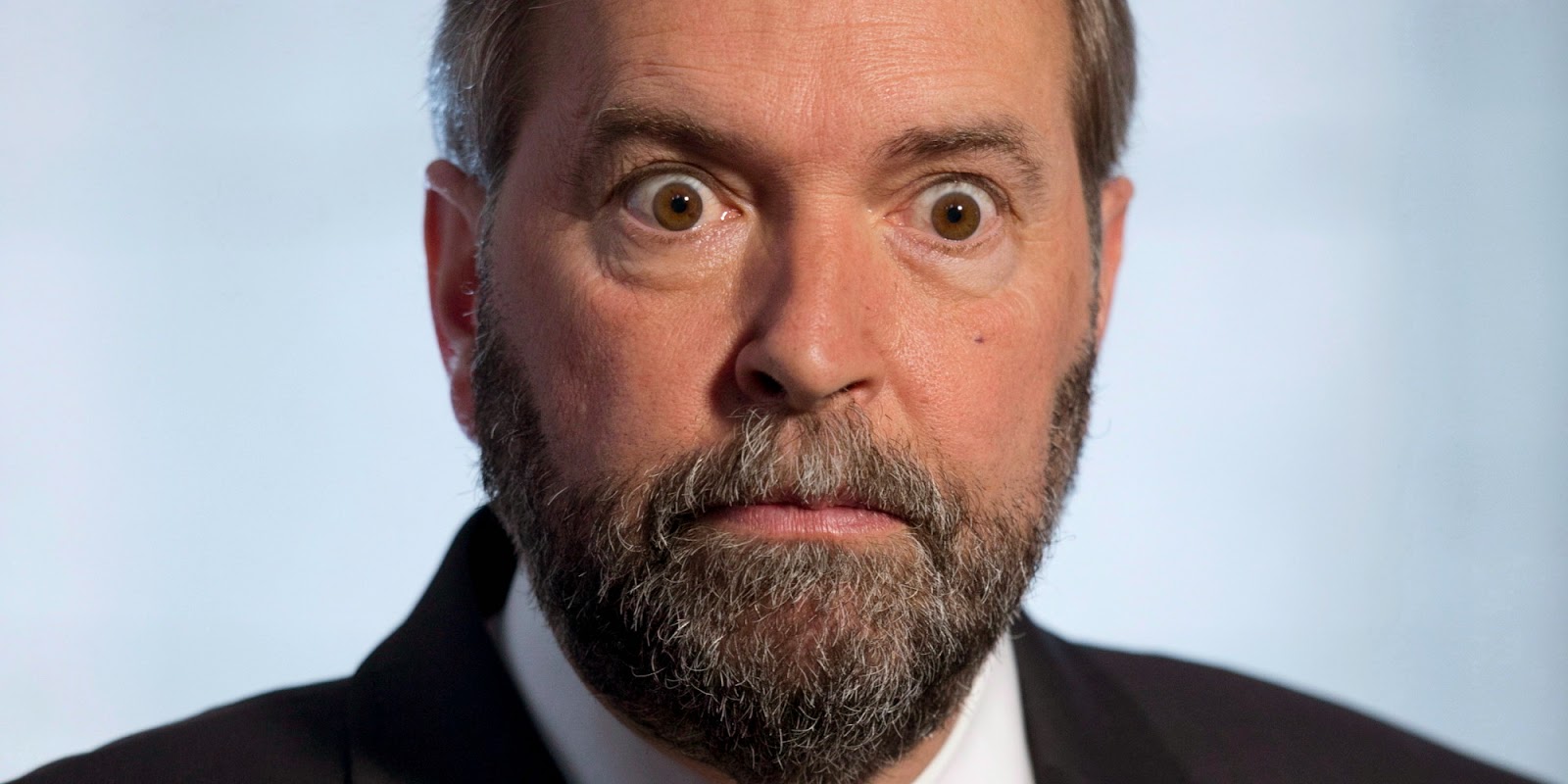 NDP leader, Tommy Mulcair, says he was shocked that Justin Trudeau went public, suspending two Liberal caucus members over allegations of harassment and referring the matter to the Speaker of the Commons.

Mulcair seems to believe that Trudeau, upon being put on notice of misconduct by two Liberal MPs, should have just kept it to himself.

Sure Tom, you weasel.  If you really felt that why didn't you tell Trudeau directly? Get it out, man to man. Better yet, why didn't you put it all in writing?

And if Trudeau had sat on it, how long would it have been before you sprung a trap on him, Tommy?  How long before you accused him of a cover-up, reprehensible, soft on abusers?  So long as Trudeau delayed you had control of a very powerful weapon you could use against him.

Tom, my little nest of vipers, Trudeau did the right thing and probably the only thing he could have done in these circumstances.  Liberals don't need lessons in how little to trust the leadership of the NDP.
Posted by The Mound of Sound at 1:49 PM

These assaulted MP`s came to Justin Trudeau and complained personally..

Had Justin Trudeau sat on the complaint the cons would have nailed him..

I`m glad the media is making hay with the story...Guaranteed Trudeau jumps up 5% points in the next poll..

I don't know if young Trudeau is going to be that great of a Prime Minister. Name alone does not a Prime Minister make and for all those who feel that just because he is the son of Pierre Elliot Trudeau one must remember that he shares the genes of Maggie. I suppose that given our present leadership a monkey in a clown suit could do better. Just saying that I wish for once we had a real choice in 2015.

I'm not much of a Trudeau fan. I think he's all Margaret, no Pierre. He's truly neoliberal which puts him in a different political spectrum than my own. This was, however, a sign of real leadership. He took charge of a situation and dealt with it, openly, where it needed to be. Playing this sort of thing like some backroom game only invites mischief - or worse.

One of the NDP MP's apparently went to Junior to complain. What was Junior supposed to do? Disagreed with some of Junior's other actions (e.g. supporting Israel's right to self defence in Gaza) but on this matter, Junior did the correct thing. In fact, the only thing he could have done.

Instead of attacking each other, the NDP and the Libs should be co-operating to get rid of the greater pest, the one who hides in closet when the going gets tough, eh?

glad trudeau did this, it shows real leadership and by the looks of it ....is still going to be used against him. From here until the election and most likely well after, Trudeau is never going to do anything right. But the way the media and mulcair are hyping this, its very disappointing.
but yeah if he had tried going the quiet route both the cons and the ndp would have accused him of a coverup.

I agree that Trudeau is nothing but a neoliberal with a great smile. And I don't think he showed great "leadership" on this issue. Rather, he took the only course that was really available to him. He had to suspend the two MPs or risk being accused of a cover-up. And he had no way of suspending them without saying what they were accused of. The only thing he could have done is simply refused to say from whence the accusers came. But he didn't say exactly who the accusers were so it doesn't really matter. Mulcair entire political playbook seems to come from Harper's office. I will never vote NDP while he is the leader.

Very disappointing to see Thomas playing such an obvious political game here. Given the current times, I would have expected something better from him.

Kinsella's take is that Bad-Tempered Tommy knew about these situations and sat on them for months. Trudeau deals with them publicly and Tom simply looks bad. He falls back on some lame excuse of being shocked. Utterly unconvincing even, probably, to most Dippers.

Funny how someone who constantly rants about the evils of neoliberal economics which the Neo-Liberal party has championed over the past 25 years - moving further and further to the right - still clings to the party and has a visceral hatred of the NDP typical among Liberal partisans.

If you want to know the problem with politics in Canada, look in a mirror. It's people like you who are married to a political party looking the other way despite all the evil and corruption they have been involved in.

The reason the Liberal party has been able to abandon its post-war centrist liberal values is because Liberals were more interested in winning political power than doing what's right.

Today Liberals are all about power, because that's all they have left.

Well neither of them is getting my vote, Waller. That's more than I can say for you. I distrust Mulcair. That's not to say that I support Junior.

I vote Anyone-But-Conservative: that excludes the Neo-Cons and the Neo-Liberals.

What the Liberal party has become must have true liberals like Lester Pearson and Pierre Trudeau rolling in their graves...

The NDP is not perfect. But they have moved from the left-wing to the center where the Liberals used to be. The Green party is also worth looking into...

I joined the Greens when I split with the LPC during Ignatieff's reign and I'm happy with where I landed.

Why do you have "Libs online" banner then?

I suppose it's because I still consider myself "liberal" even though the LPC has left the station heading to the Right. I've parted company with the party because I consider them now to be Conservative Lite.

I consider myself a centrist Keynesian liberal (as Pearson and Trudeau were.) Unfortunately, the Canadian Liberal party over the past 25 years has been about as liberal as the Australian Liberal party... Last actual liberal leader to hold power: David Peterson.