Is America About to be Stabbed in the Back by Its Own Defence Contractors? 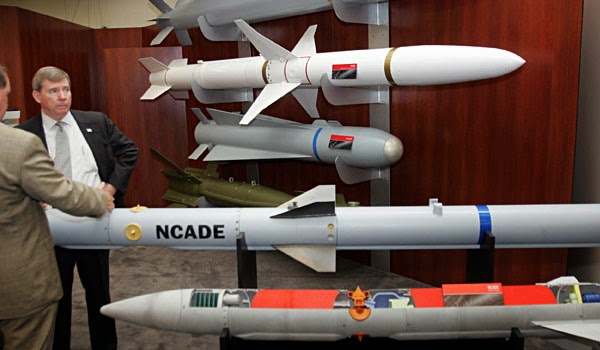 It's one thing when an outfit like RubberMaid gets bought out, packed up and moved overseas.  It's another thing when what have been considered "strategic industries" go the same route.

Imagine if Lockheed or Raytheon decided to open start-up, mirror operations in, say, China to build and supply high-tech wizardry to the Chinese military. Sound preposterous?  It shouldn't.  It's happened before.  During WWII, certain US companies maintained their involvement with German companies producing key products for the Nazi war effort.

Aviation Week reports that momentum for something similar is building today.


U.S. companies are trying to replicate themselves in other countries, from factories and engineering centers to charitable giving and political lobbying. To do so, they are hiring locals in numbers not seen before, seeding them into U.S.-based corporate leaderships in more important ways, and “marrying” local companies in partnerships that go far beyond satiating politically driven offset requirements.
The end-goal is to be ingrained locally, internationally, in order to tap the growing amount of business and talent happening outside the U.S.—and in spite of it. That growth comes as emerging economies develop and FMS plateaus (see chart). Mirroring the effect, foreign-based giants are adhering to that same game plan in the U.S., as evidenced by Airbus Group’s new Mobile, Alabama, plant and Finmeccanica’s DRS Technologies foothold.
“We really believe to do this you can’t just fly in a team, conduct business and come back home,” says Gib LeBoeuf, vice president for Washington relations at Raytheon International. “We need to be there next door with our customers. We need to start building better relationships.
“And we understand our customers today are no longer looking for the old ways of doing business, which was buying an FMS product from us here in the United States. They really are looking farther than that today. They’re looking for jobs just like we are. They’re looking to be able to coproduce, to co-develop. They want to have a piece of the action,” LeBoeuf adds.
High-tech of course, especially military high-tech, is one of America's last bastions of economic viability. Much of the technology and knowledge-base these companies possess has been underwritten by the American government.  Once that walks out the door and sets up shop overseas, it will be a new world for America, economically and strategically.

Once you get that first foot out the door, the second one just seems to follow.
Posted by The Mound of Sound at 9:56 AM

Selling weapons to all takers probably goes back to the first guy who made a sword. Sam Colt happily sold to both Blue and Grey armies in the US civil war. As you pointed out, American industry thrived by supporting Germany through WWII. To imagine the arms industry as patriotic is pure fantasy.

The US has always depended on its major defence contractors not to pass along sensitive technology to outsiders without its express consent. Even America's closest allies don't get access to the really good stuff.

The real threat is these contractors launching start-ups overseas utilizing the companies' processes and know-how developed over decades. It's the loss of this expertise to America's rivals that will undermine the US position not to mention its lucrative market dominance.