Would a Republican Win in Tuesday's Mid-Terms Be All That Bad? 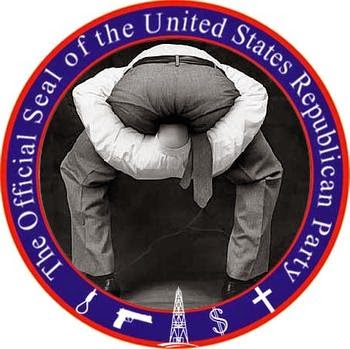 Those who handicap these things remain firm in their belief that the Republicans will retake the Senate in Tuesday's mid-terms, giving the GOP control of both the House and the Senate.  Progressives have been told that'll be a bad thing. Will it really?

Polls seem to indicate that more Americans trust the Republicans over the Democrats to sort out their troubled economy.  AlterNet has an insightful look at how a Republican sweep is seen in the eyes of some prominent Republicans.


Republicans are not likely to do much of anything other than be the fight-picking, time-wasting, obstructionist legislators that they have pledged to be on the 2014 campaign trail.
In other words, it is all too likely that there will be efforts to: dismantle Obamacare; ignore climate change and block all kinds of pro-environmental activities; repeal pro-consumer laws; block increases in the minimum wage; ignore immigration reform; block federal judicial nominees, and maybe even pursue impeachment. Georgia’s Republican senatorial candidate David Perdue has pledged to “prosecute the failed record” of the Obama administration. Iowa’s Joni Ernst wants to ban abortions and same-sex marriage.
These examples, gleaned from recent pieces in The New York Times, Washington Post, The Nation, and other reputable outlets, suggest that the race to the bottom in American politics is about to sink even deeper into the muck. The New Yorker’s sharp political writer, John Cassady, just wrote a piece entitled, “The Empty Elections of 2014,” where he is spot-on in noting that there’s been little substance—but a deluge of idiotic stereotypes and character assassinations—behind the “enervating output of political admen, spin doctors, and negative research shops for whom this is, first and foremost, a profit-making industry.”
Why would anybody wish this on the American people?  Consider the alternative: a lame duck Democratic president wrestling with a gridlocked Congress.  The polls suggest that the American people blame Democrats for the Congressional quagmire created by Republican obstructionism.  Maybe it's time to press the "reset" button.  Maybe it's America's last chance.
A 2-year taste of the Republican lash might leave the Democrats better positioned for the 2016 elections, the next presidential election. Let the Republicans pursue their constitutional and economic nihilism.  This time they, not the Democrats, would have to wear it.

Reports are beginning to come in about the impact of private money on voter preferences in this election, the result of the Supreme Court decision in Citizens United.  This is essentially buying votes through manipulation.  Wouldn't it be more honest if the people playing this game - the Kochs, Sheldon Adelson, etc. - had to buy votes directly?  The invisible hand of the free market would determine a fair market value of a vote.  The public could then "sell" their votes to the highest bidder.  Of course, to preserve democracy, there would still have to be secret ballots, voting booths and that sort of thing.  The plutocrats in handing over the vote price would just have to take your word, your promise, to vote as they wish.  Hmm, the possibilities seem endless.

Meh. It's not like the Democrats do anything useful on the environment or the economy or the police or warfare state; on the real, key, structural issues they're about as bad as the Repugnicans. How would President Hilary Clinton be any different from President Warmongering Republican?
And even on social issues, most of the real action has been at the grassroots level and taken effect state by state.