It's Not a Vortex, It's an Invasion.

I know, I know - you were told just a couple of weeks ago that eastern provinces and states were in for a mild winter.

Winter is still weeks away but how about an early trip down Memory Lane?  The bad news is there's a big Arctic storm on the way.  The good news is that NBC isn't calling it a Polar Vortex.  No, this one they've branded a "Polar Invasion." There, isn't that better? 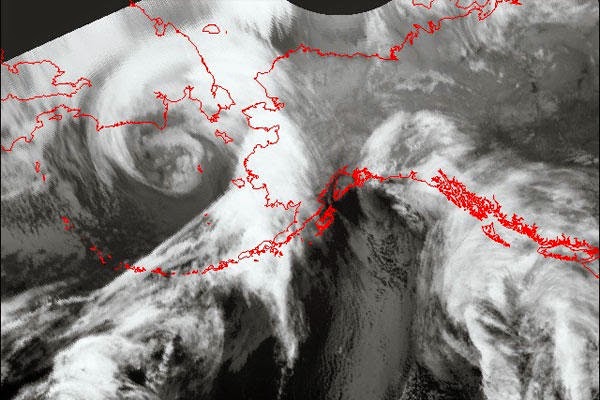 Meanwhile there's a real bastard of a superstorm raging in the Bering Sea, said to be the worst on record.  A drop in the mercury of 24 millibars in 24-hours is the measure of a "weather bomb."  The current storm saw drops of between 50 and 60-millibars in 24-hours.

The Bering Sea storm is the remnant of typhoon Nouri.  The British Columbia coast got hit last week with the leftovers of hurricane Ana.  It's kind of weird watching these tropical storms get so far into the northern latitudes.  Maybe that's part of our new "normal."
Posted by The Mound of Sound at 7:50 AM