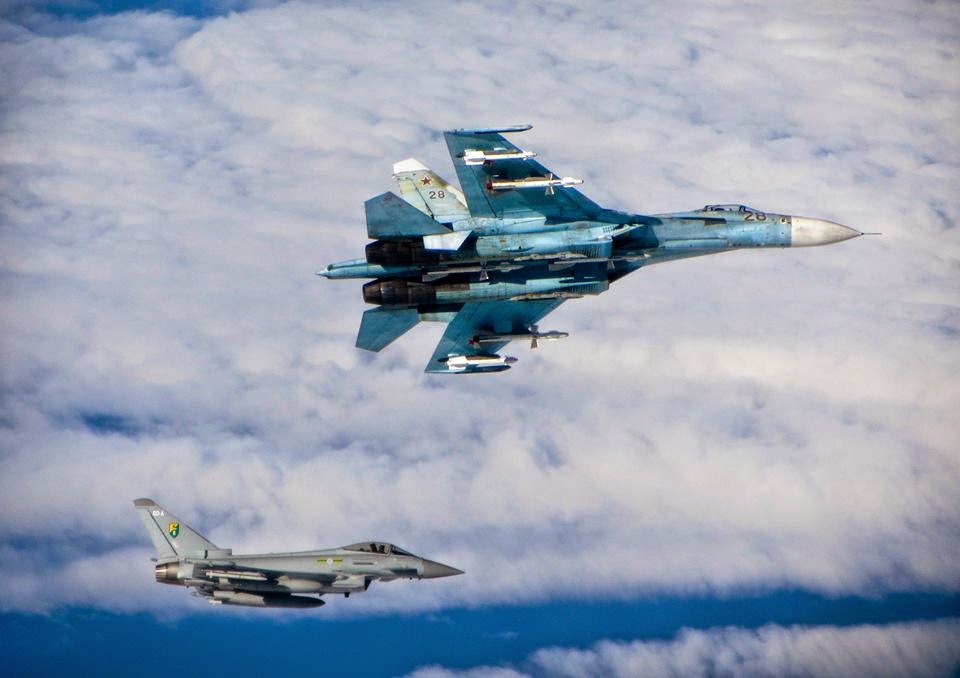 When it comes to Cold War II, we're limited to snippets of information; an incident here and there, accusations and counter-accusations.  It's hard to get a meaningful picture of what's going on.

Enter the European Leadership Network, a think tank made up of former senior political and diplomatic types.  They've released a report, "Dangerous Brinkmanship, Close Military Encounters between Russia and the West in 2014."  The report makes for pretty chilling reading.

Here are just some of the 40-major incidents chronicled in the report.

April 12: An unarmed Russian aircraft makes 12 passes over the US warship the USS Cook, stationed in the Black Sea.

June: Russia simulates an attack on the Danish island of Bornholm as it plays host to 90,000 guests at a political festival. It is regarded as the most aggressive simulation against Denmark since the end of the Cold War.

August 30: Putin tells a youth camp that other countries should realise "it's best not to mess with us". "I want to remind you that Russia is one of the most powerful nuclear nations," he says. "This is a reality, not just words. We are strengthening our nuclear deterrence forces and our armed forces."

September 4: As NATO members meet in Wales, Russia simulates an attack on the US, flying its strategic bombers to within striking distance of [Ottawa, Montreal] New York, Washington, and Chicago.

October 2: Russian sends a fighter jet to trail a Swedish signals intelligence plane, which photographs the Russian jet 30 metres away.

October 17: The Swedish military begins scouring the Stockholm archipelago for an underwater vessel, smaller than a conventional submarine, rumoured to be Russian. The search for the "plausible foreign underwater operation" is called off a week later.

"The intensity and gravity of incidents involving Russian and Western militaries and security agencies has visibly increased," the European Leadership Network, a policy group, found.

It's a dangerous game, fraught with peril and unintentional outcomes, that both sides are playing.  Our own sandbox warrior, Harper, seems to have a genuine appetite for it.  Today, the sort of statesmanship needed to keep these dangers in check is in dreadfully short supply.
Posted by The Mound of Sound at 1:08 PM

I doubt that we're running attack profiles on Russia's borders. Then again, we have marched NATO right up to Russia's doorstep as NATO gobbled up eastern Europe. Isn't that provocation enough?

Its a war of attrition particularly to small powers like Canada. Every sortie drains the coffers by a million bucks.
Of course that is money well spent?

One wonders, for example, what US warships are doing in the Black Sea. Are there Russian warships in the Gulf of Mexico?

I'm sure that there are plenty of Western, particularly US, provocations of Russia. I know there are of China, and of course when it comes to North Korea it's just ridiculous. Every time I hear about how unjustifiably paranoid the North Korean leadership are I think about the US practice runs over N.K. where their nuclear bombers drop concrete dummy bombs. And of course nobody ever hears about that stuff. The N.K. regime is horrible, but when it comes to paranoia they have their reasons.

Obama's Asian "pivot" is a direct provocation, PLG. Driving NATO to the very borders of Russia is a direct provocation. This, of course, is the country that has seen powerful Western invaders before - Napoleon and Hitler. Following the reunification of East and West Germany, most of NATO's actions have been quite hostile.