The Humiliation of Tony Abbott 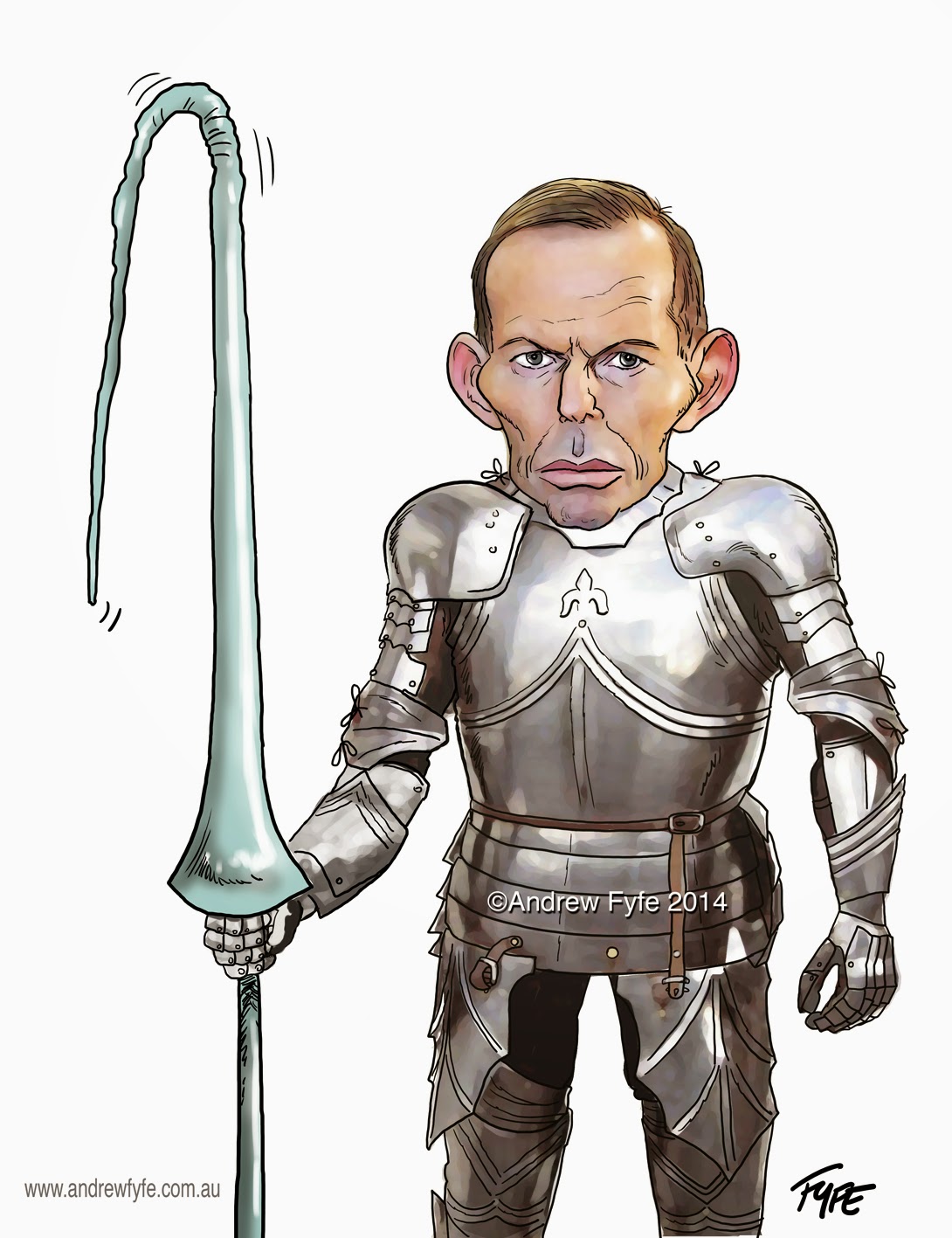 Hosting a G20 summit is supposed to be prestigious.  You get the leaders of the world's largest economies to come to your country, to gather in your town, to discuss the great problems of the day.   As host you even get to set the agenda for the summit.  You get to steer all those big wigs and they're supposed to follow your lead.

Now, following the G20 pow wow in Australia, we may have come away with the "Brisbane Rule."  This applies in the situation where the host is a total dick. It operates to override the host's prerogative on setting the summit agenda.  It's sort of like saying, "Look, we didn't come here to put up with childishness."

Case in point.  Tony Abbott, inveterate fossil fueler that he is, struggled and strained mightily to thwart any discussion of climate change.  He resisted every request to place climate change on his agenda.  He had the backing of Canada and Saudi Arabia.  Three peas in a pod.  Nice one, Canada.

And so the grownups at the summit introduced the Brisbane Rule and discussed the climate change issue anyway.  To avoid completely humiliating their host they agreed their discussions would be behind closed doors.  All of this set the tone for the leaders' communique, a process one official described as "trench warfare."

Over the objections of Australia, Canada and Saudi Arabia, the communique calls for phasing out of "inefficient fossil fuel subsidies."


The communique included references to taking practical measures to combat global warming and an explicit endorsement of the climate fund.

As revealed by Fairfax Media, the communique includes a line: "We reaffirm our support for mobilising finance for adaptation and mitigation such as the Green Climate Fund."

The inclusion of a detailed passage on climate change comes despite the issue not being on the formal agenda of the G20 summit and Mr Abbott's insistence that the focus of discussions should be on economic reform.

Mr Abbott has said previously he opposed any financial contribution to the climate fund, which was reportedly described in a Cabinet document as a measure that amounted to "socialism masquerading as environmentalism".

The Green Climate Fund aims to assist poor nations combat climate change and relies primarily on funding from governments and private firms in industrialised countries. US president Barack Obama announced the US would devote $US3 billion to the fund, before he made a rallying call on Saturday for global action to curb greenhouse gas emissions.

Japan pledged it would contribute $US1.5 billion to the climate fund on Sunday, taking the total commitment of nations so far to about $US8 billion. The fund wants to raise $US10-15 billion by the end of the month.

What a novel idea, "polluter pays."  Yet even the paltry amount proposed for the Green Climate Fund sends miscreants like Abbott and Harper reeling.

It's a safe bet that Tony Abbott wasn't sad to see his visitors leave Australia.  The writing's on the wall.  It's not just environmentalists and the young any more. Now even their peers see Abbott and Harper as pariahs. Meanwhile, Jeffrey Simpson writes that, for Harper, international opprobrium is just water off his oily plumage.

As George Schultz says, "If you don't believe the science, use your eyes."

Indeed Abbott and Harper are total embarrassments on the world stage. Speaks volumes when we're in the same league as Saudi Arabia who despite "harbouring terrorists" somehow remain a staunch ally.

Of course we're staunch allies to the Saudis, BCW. The ink is hardly dry on their order for $15-billion worth of democracy crushing armoured fighting vehicles.