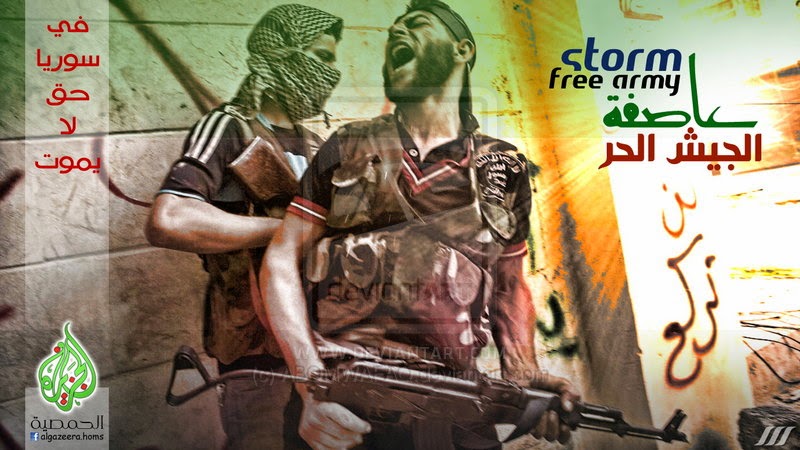 Our confused, incoherent, even knee-jerk response to ISIS appears to be backfiring on us, at least in Syria.  There, it's reported, US air strikes are driving anti-Assad groups - outfits we've supported like the Free Syrian Army - into the arms of ISIS.

US air strikes in Syria are encouraging anti-regime fighters to forge alliances with or even defect to Islamic State (Isis), according to a series of interviews conducted by the Guardian.

Fighters from the Free Syrian Army (FSA) and Islamic military groups are joining forces with Isis, which has gained control of swaths of Syria and Iraq and has beheaded six western hostages in the past few months.

Some brigades have transferred their allegiance, while others are forming tactical alliances or truces. Support among civilians also appears to be growing in some areas as a result of resentment over US-led military action.

“Isis now is like a magnet that attracts large numbers of Muslims,” said Abu Talha, who defected from the FSA a few months ago and is now in negotiations with other fighters from groups such as the al-Nusra Front to follow suit.

Assam Murad, a fighter from a 600-strong dissident FSA brigade near Homs said: “There’s no way we would fight Isis after the US military campaign against them.”

Omar Waleed, an FSA fighter in Hama, north of Damascus, said: “I’m really scared that eventually most of the people will join Isis out of their disappointment with the US administration. Just have a look on social media websites, and you can see lots of people and leaders are turning to the side of Isis.

“We did not get any weapons from the US to fight the regime for the last three years. Only now US weapons arrived for fighting Isis.”

Once again, All the King's Horses and All the King's Men, aren't really getting the job done.  We've become accustomed to this "just add water and stir" sort of warfare where we send six warplanes here and six warplanes there without much regard for what they can accomplish or how.  Consider it warfare by gesture.

Oh well, ISIS or FSA, they're all Arabs.  I suppose we were bound to get around to bombing them sooner or later anyway.

This was inevitable and predictable. In fact, many did predict it. Western war mongers are either very stupid or actually want perpetual war. A 21st Century crusade with Islam suits that purpose very well.

There are some, Toby, who believe this never-ending war on the Muslim world is essential fodder for the 'perpetual warfare state.' It's a construct in which outcomes don't really matter. We get involved, we're infidels. Even our friends think us apostate.