OPEC Sees a Bright Future Ahead. Unfortunately, It's Not Yours. 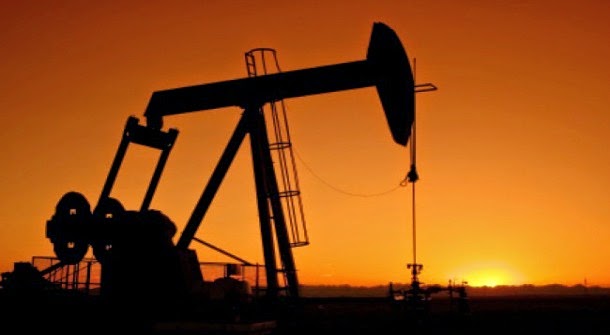 As far as the Organization of Petroleum Exporting Countries, OPEC, is concerned the future looks rosy.  In its latest outlook report, OPEC foresees $177 per barrel oil prices by 2040 and a market that will require an extra 21 million barrels a day over the next 25-years to meet growing demand.

I expect you know what this means.  If they're right, OPEC's future is very bright and yours, well, anything but.  It should, however, be music to the ears of our own Dark Prince, Harper, and his acolytes, Justin the Lesser and Terrible-Tempered Tom.


The findings of the report will come as a blow to climate change campaigners who are warning that unless serious action is taken to reduce green house emissions the world will face a catastrophic global warming shock beyond 2025.
Opec – which currently pumps about a third of the world’s oil – said that after the end of this decade the world will need to find an additional 1m bpd of crude annually through to 2040 when it forecasts that demand will reach 111.1m bpd up from about 90m bpd at current levels.
Although the figure is a slight downward revision from its previous report it highlights the continued dominant role that oil continues to play in the global energy mix despite warnings from the United Nations that urgent action is required to avoid a climate change catastrophe. According to Opec, Asia accounts for 71pc of demand growth in the developing world, with total global energy demand forecast to increase by 60pc through to 2040.
“It is fossil fuels that will continue to play the leading role in satisfying world energy needs in the future,” said Opec secretary general Abdalla Salem el-Badri on the publication of the 367-page report.
This seems to be in keeping with Aussie PM, Tony Abbott's recent pronouncement that "the foundation of the world's energy needs will be coal."
Meanwhile the International Energy Agency, IEA, three years ago gave us this clear warning:
"The world is likely to build so many fossil-fueled power stations, energy guzzling factories and inefficient buildings in the next five years that it will become impossible to hold global warming to safe levels, and the last chance of combating dangerous climate change will be "lost for ever", according to the most thorough analysis yet of world energy infrastructure.
"Anything built from now on that produces carbon will do so for decades, and this 'lock-in' effect will be the single factor most likely to produce irreversible climate change, the world's foremost authority on energy economics has found.  If this is not rapidly changed within the next five years, the results are likely to be disastrous.
"'The door is closing,' Fatih Birol, chief economist at the International Energy Agency, said. 'I am very worried - if we don't change direction now on how we use energy, we will end up beyond what scientists tell us is the minimum [for safety].  The door will be closed forever.'"
Bear in mind, also, that it was less than a month ago that the Governor of the Bank of England, Mark Carney, proclaimed that we are in a "carbon bubble" in which most fossil fuel reserves should be treated as "stranded assets."  Carney came to this conclusion on accepting that, if we're to avoid catastrophic climate change, 80 per cent of already known fossil fuel reserves would simply have to be left in the ground, unburned.
What these messages from Tony Abbott, OPEC, and our own Stephen Harper convey is a subtle but very real declaration of war on the planet, on us and on those who will follow us.  They're not going to back off voluntarily, responsibly.

Well at least the Fraser Institute will be even more mainstream. You know how far right they are. Well in response to the news that Jihadi were personaly paying for crusises to get to Turkey, they are suggesting Canadian troops pay their own way to Kuwait or at the very least be forced to use all their airmiles.

Ah, Steve, I know you fully grasp the import of OPEC's position. What are we going to do? I don't see many peaceful, democratic options.

The IEA is no pinko outfit. Three years ago they gave us five years max to slash global carbon emissions. Instead we've gone full bore in the other direction.

The thing is Big Fossil can't win without us losing catastrophically.